Every year on September 11th -or 12thin leap years only- Egypt witnesses the beginning of its “Egyptian Year,” the first invented calendar in the world.

The story of the Egyptian calendar dates back to the year 4241 BC when Egyptians retired their old lunar calendar after discovering the discrepancy between it and the actual passage of time.

They had become more knowledgeable about astronomy and mathematics. Hence, this allowed them to develop a revolutionary system that made it feasible to track celestial bodies more accurately. As a result, they were able to organize timekeeping, and thus improve their daily life. 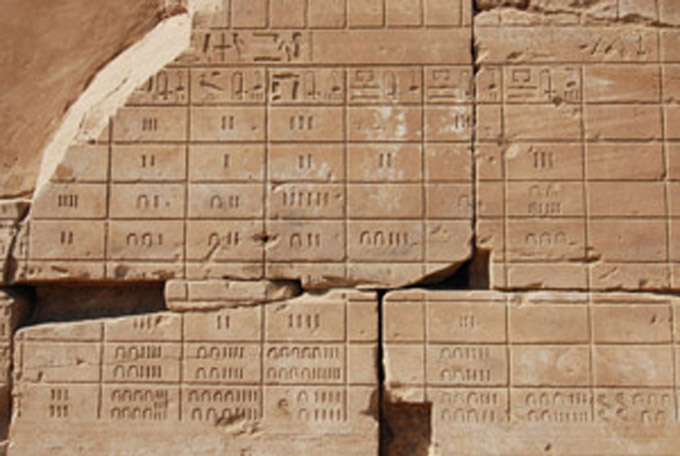 Some numbers in a carved Egyptian Calendar at Karnak Temple, Luxor

They started to use stars instead of just the Sun and the Moon in calculating time, counting up the seconds, minutes, hours, days, weeks, months, years, centuries and even millennia. They invented their new Sidereal calendar which is the oldest calendar in humanity and one of the most accurate.

Some argue that this calendar is actually the most accurate one. This is due to the fact that it depends on the rising of the star Sirius (or Sopdet in the ancient Egyptian language). Observing this star from Earth allows for a more measurable calendar than the Sun and the Moon.

During the reign of the Egyptian king Djer of the First Dynasty (3,000 BC), ancient Egyptian scientists succeeded in forming a link between the Heliacal Rising of Sirius and the beginning of the year.

In other words, they discovered that Sunrise and Sirius’s rise happen in conjunction with one another for one day only each year.

On that day, Sirius appears as a gradually burning sphere with an incomplete rising above ground horizon.

According to the Egyptian calendar, the Egyptian astronomers observed the first Nile inundation in Mn Nefer (or Memphis), Egypt’s capital at that time, at the same time as the heliacal rising of Sirius. 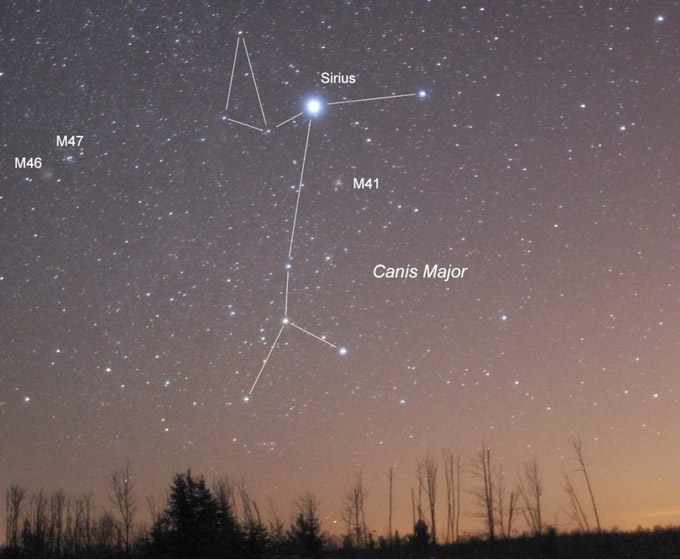 Later, medieval astronomers resorted to this calendar in their studies because of its mathematical accuracy. One of the greatest examples of this was the outstanding Polish scientist Nicolaus Copernicus who constructed his tables for the motion of planets based on the Egyptian year.

The Egyptian year consists of 365 days, subdivided into 12 months each with 30 days. Each month of them is divided into three 10-day weeks. Five leap days are added to the end of the year. The Egyptian months (4 months per season) have names, yet, the days are nameless and just numbered from 1 to 30 within a single month.

And here is a list including the names of the 12 Egyptian months:

Note: Phonetically, the sign ʕ is pronounced as an Arabic or Hebrew ‘ayin ع.