Scientists all over the world are trying to discover more about stem cells to understand how they transform into specialized human body cells. Studying stem cells and their development will help us know the cause of serious health cases like birth defects and cancer.

Stem cells are biological cells formed in embryos that can develop into many different types of cells in the body. When a stem cell divides, each new cell has the ability to turn into another type of cell with a more specialized function such as muscle cell, a red blood cell, or a brain cell.

One of the pioneer scientists in stem cell researches is the Egyptian scientist Dr. Ahmed El-Hashash. He is a senior research scientist at Southern California University in the United States. He is carrying out studies about stem cells in Developmental Biology and Regenerative Medicine department at the Saban Research Institute of Children’s Hospital Los Angeles, US. 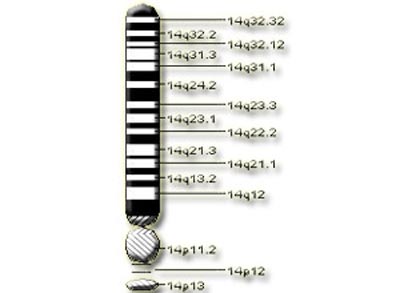 El-Hashash’s name took the lead in scientific journals with his important findings about the gene EYA1 on human Chromosome 8 which is a crucial regulator of the development of embryonic stem cells.

He has provided the first evidence that enzyme EYA1, a protein phosphatase, controls cell polarity, cell fate, and self-renewal in the embryonic lung stem cells. El-Hashash has resembled this enzyme to a power key for the stem cells.

This great discovery got followed by another leading breakthrough by El-Hashash and his research team. They have determined the major protein Six1 transcription factor which is responsible for the self-renewal of embryonic epithelial lung stem cells, which is encoded by the gene Six1 on human Chromosome 14. It is an essential regulator in the development of embryonic lung stem cells.

El-Hashash says that any mutation in this factor leads to disrupting the developing of the stem cells in the embryos which leads to birth defects. After the identification the role of Six1, they can detect the levels of this gene and its activity, leading to the possibility of treating many birth defects and diseases that are related to any defect in Six1’s activity.

“These findings may also have an application in the regeneration of lung tissue for restoration of functional Alveoli in diseases like Chronic Obstructive Pulmonary disease and Fibrosis,” El-Hashash said.

El-Hashash says that the increased activity of Six1 means that the stem cells will grow excessively without interruption, causing the appearance of tumors, including malignant tumors or cancer.

But, these radiations have unfavorable effect on the overall body. El-Hashash’s discoveries could lead to find new treatments for cancer by correcting the growth of these cancerous cells and so terminating the disease completely.

Stem cell scientists including El-Hashash are excited about these new rapid discoveries, and predict that within 20 years, stem cells will be the basis of medical treatments around the world.

El-Hashash predicts that “Stem Cell Banks” will be created within these 20 years with patients going to this bank instead of going to the pharmacy to get treatments.