Title: By Design or by Chance? The Growing Controversy on the Origins of Life in the Universe.

Scientists, philosophers, metaphysicists and theologians have debated about the concept of an ‘intelligent creator’, or God, from ancient times. Some are as devoted to proving that this universe is ‘Godless’ as monotheists are fervent to prove otherwise.

The debate, in recent times, has grown out of being only a quibbling matter for philosophers to a theory that can be proven or falsified by science. Many scientists believe that what cannot be tested or falsifiable cannot be a valid theory and thus the idea of God, in the opinion of some, is the product of human imagination or human need for a superior deity.

Some evolutionists encourage the concept of a “God-free” universe like Canadian evolutionary biologist Denise Lamoureux, who believes that “…the dangerous notion arises that maybe human ignorance is in effect the ‘creator’, a resident only of our minds”.

Nevertheless, it is important to note that not all scientists are at conflict with religion. By Design or by Chance makes this point clear, as well as introducing the interesting concepts of creationism, intelligent design and evolution to the lay reader.

Denyse O’Leary uses her journalistic style effectively in explaining the controversy on the origins of life.

As a Muslim, I am not unbiased towards the issue of the origin of life. But I am always open to reading different points of view, especially on such mind-teasing subjects as this one, which I find intellectually fulfilling.

Truthfully, even after studying evolution in school and without any influence from religion, I have never been able to come to terms with the idea that humans evolved from a blob of simple cells which later self-organized to what we are today.

The book presents excellent arguments for intelligent design, and surprisingly, the arguments for chance (meaning that life began by mere chance) are unexpected.

Among the main players in this controversy are the Darwinists and the Creationists. However, amidst the monopoly Darwinism has on scientific thought and the educational systems in the West, re-emerges a school of thought known as Intelligent Design. 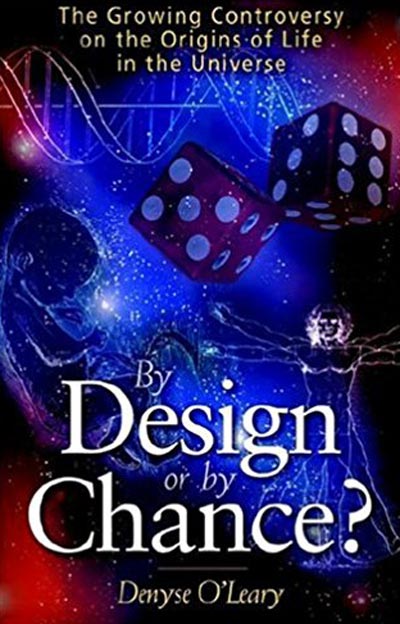 What is the possibility that we are here by chance? Before answering this question, it is important to note that there is a difference between some types of evolutionists and strict Darwinists.

“Evolution is the theory that all life forms are descended from one or several ancestors that were present on the early earth three to four billion years ago.” Many evolutionists are practicing monotheists and believe in a superior deity who used evolution as a process of creation.

As quoted from the book, Francis Collins, leader of the Human Genome Project, says, “God decided to create a species with whom he could have fellowship. Who are we to say that evolution was a dumb way to do it? It was an incredibly elegant way to do it.”

On the other hand, staunch Darwinists claim that the universe as a whole, and not only humans, are here today by mere accident.  Darwin, in his book On the Origin of Species, played on the concept of chance.

This simply means that “the universe [is] Godless and meaningless, and that human beings [are] a random outcome of its process”. To understand further, the key principle of Darwinian evolution was common descent by natural selection through a completely random process that came about spontaneously.

According to O’Leary, this theory was welcomed both in the scientific community as well as socially due to the secular settings of the society at that time.

Scientists liked Darwin’s simplification. It especially suited the materialistic world of 19th century England. It provided a powerful support for a belief that was already rapidly growing among intellectuals …

Thus, Darwin became the popular central figure in biology in the same way that Freud had in psychology, and Marx in politics.

However, although this theory was accepted widely in the existing secular and modernist society, its scientific validity was questionable to many scientists. The unimaginable complexity of the cell and matter at microscopic level was a heavy factor at discrediting the idea that molecules such as DNA could evolve “by law acting on chance”.

Also, the idea that simple matter can ‘self-organize’ into present-day organisms composed of intricate systems and exist in a world that is “fine-tuned” for life by accident is not a sufficient nor reasonable answer, especially since no ‘self-organizing’ accidents have happened in our time.

It is important to note that, despite the debate on the credibility of Darwinism, it persists as a key element in Western curricula because it endorses the modernist religion. As stated in the book,

Some teachers have been forbidden even to bring up known problems with the theory.

This is because modernism is the unacknowledged religion of tax-supported public school systems, and Darwinism is one of modernism’s most important teachings.

Not everyone has been swept into secular life-style beliefs. Young Earth Creationists emerge from the evangelical Christian Church, who base their views on the history of life from the literal interpretation of Genesis.

As for my personal favorite, the ID theory (intelligent design) argues the exact opposite of Darwinism; that life “is a product of design”. Most ID supporters relate this design to an intelligent and divine creator. However, some ID scientists argue for intelligent design without the belief that it is from a divine deity.

As chance would have it, human life, all the way from the intricacy of the eye to the infinite complexity of the brain, has evolved (by chance, they say) from life forms like the archaea (a single cell creature believed to be one of the oldest life forms on earth), with chance being on our side every time the dice is rolled.

However, ID activist and biochemist Michaeal Behe argues for ‘irreducible complexity’, a concept that he introduced publicly and is one of the backbones of the ID theory. It quite simply says.

A biological system is irreducibly complex when its operation requires the cooperation of numerous parts, none of which performs a useful function unless all are present.

A car cannot be understood as a tricycle that sprouted a four-stroke engine and an extra wheel … [just as] most of the steps that separate your computer from a typewriter were the product of intelligent design.

This simply means that, for example, the human eye can only function as an eye, with all its parts and systems, as it is today; it could not have evolved from 10% or even 90% of an eye. Logically anything less would be of no use and so would not be able to exist in the first place. Thus, natural selection cannot select something that does not exist.

Even playwright George Bernard Shaw illustrates this point vividly, although being an evolutionist himself. He says, “if this sort of selection could turn an antelope into a giraffe, it could conceivably turn a pond full of amoebas into the French academy.”

Scientism and the Way Overboard 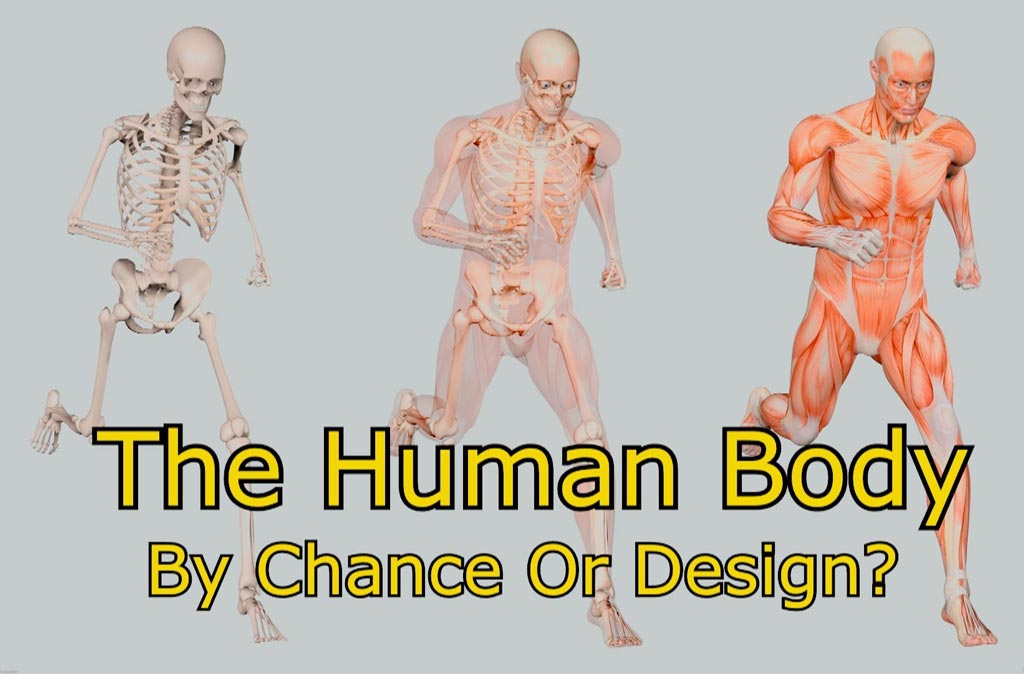 Scientism is based on the following belief: “Truth can be discovered only through the scientific method. Anything that cannot be discovered in that way cannot be true. The scientist assumes that religious beliefs are a form of fraud.” We cannot say that this philosophy is mainstream or the norm amongst scientists.

However, it does gain momentum in some circles especially in an increasingly materialistic world. According to ID advocate Phillip Johnson, this philosophy is appealing to many because “it gives science a virtual monopoly on the production of knowledge, and it assures scientists that no important questions are in principle beyond scientific investigation.”

Evolutionists usually challenge the intelligent design theory by accusing it to be unscientific. It is said that what cannot be falsifiable by evidence cannot be science. But logically, if someone were to demonstrate that there are no irreducibly complex systems, then ID would be falsified.

As mathematician William Dembski puts it, “Show me in detail how a nonpurposive natural process can bring about molecular machines like the bacterial flagellum.”

In the opinion of some, ID is just an excuse for monotheists to prove that there is a god. Is that really necessary? I find that assumption absurd because belief is a matter of faith and not a fact of science. Only the materialistic mind cannot grasp the notion of faith because its assertion would be too much of a responsibility. Faith does not need the affirmation of science; it is in itself an ultimate proof.

At the end, after introducing us to the Darwinists, Young Earth Creationists and the supporters of ID throughout her book, with a plethora of quotations from scientists of all sects, I anticipated a few quotes or references from Muslim scientists but was not appeased.

I understand that the Muslim contribution may not be as apparent as the Young Earth Creationists in the West; however, the title of the book indicates that the debate is universal and not restricted to only two or three groups of thought.

Islam, being a monotheistic religion, has clear convictions on the origin of life, which deserves to be noted in more detail. O’Leary does mention briefly that there are Muslim creationists as well as Muslim ID supporters, but this was not illustrated with any quotations or opinions from prominent Muslim scholars.

More deserves to be said about this book, however I will end with the epigraph Denyse O’Leary chose to begin her book with which says a lot. “The most important question for any society to ask is the one that is forbidden” – Richard Halvorson, Harvard Crimson (2003).