A smart inventor from Bangladesh named Ashis Paul hit two goals with one intelligent achievement in June 2016, according to mic.com.

“We are a flood-prone nation, so in rural Bangladesh, most people build their homes out of tin, instead of mud. About 70% of Bangladesh’s population lives in these homes. But the problem with these tin huts is that they get unbearably hot in the summer, especially in northern and central Bangladesh. I’ve been in these huts. It’s like being in a sauna,” Jaiyyanul Huq, Director of Grey Group; the advertising company that spearheaded this project told France24.

The science behind the Eco-Cooler depends on the fact that bottlenecks and funnels compress and cool the air that runs through them by about five degrees.

It’s the same principle that governs blowing air through our pursed lips — the air comes out cooler despite the 37 degree Celsius natural temperature of human body.

The Bangladeshi A/C unit also adds to the list of ways plastic bottles can be recycled. Around 50 billion water bottles are used on an annual basis, and only 20% get recycled — the rest end up in landfills. 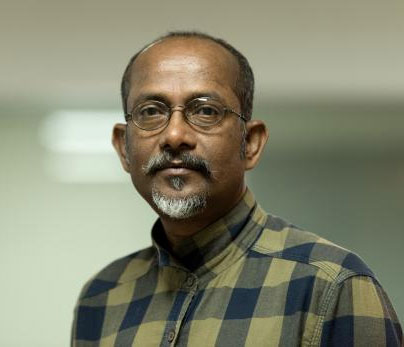 In the summer, temperatures in Bangladesh, where many rural citizens live in tin huts and without electricity, can reach up to 45°C. These eco-coolers would act as a window in the walls to catch passing breezes.

“The streets here are littered with bottles, so the raw materials are easy to find. The Eco-Cooler can decrease the temperature by 5°C immediately. When it goes from 30°C to 25°C, I can tell you that it makes a difference,” said Paul.

Over 25,000 eco-coolers have been installed in Bangladesh so far by Grameen Intel employees and Grey Dhaka volunteers.

The DIY air conditioner has no copyright, and an instruction manual for making one can be found online, encouraging anyone interested to build one.

Since its independence in 1971, Bangladesh has been plagued with many social issues like poverty, illiteracy etc. Hence, science and technology have lagged behind in the priority list of the successive governments.

However, induced by the recent economic progress, science and technology has been witnessing intense growth in the country after a period of stagnation, most notably in the information technology and biotechnology sectors. 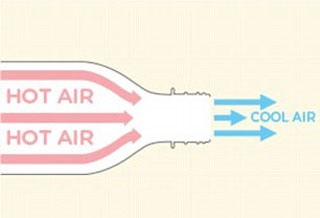 According to the recent excavations made at the archaeological site of Wari-Bateshwar in central Bangladesh, it’s proven that the history of science and technology in Bangladesh started in the Chalcolithic age between 7000–3300 BCE; some evidences of pit-dwelling from that period were found in those excavations.