SRINAGAR: Kashmir is known for its beauty and spectacular landscapes.

Like other regions of South Asia, Kashmir’s wetlands and water reservoirs house hundreds of thousands of migratory birds during the winter season. They arrive to Kashmir from Central Asia, Japan and Eastern Europe.

Man poses a threat to these birds, as in so many areas of the world. Jammu & Kashmir’s Wildlife Protection Department claims to be taking appropriate measures to protect the birds visiting the region. The ground realities tell a different story.

Mohammad Maqbool Baba, a wildlife official at the J&K Wildlife Protection Department, tells AboutIslam.net that more than one million migratory birds arrived in the Kashmir Valley this winter season; numbers higher than previous years. In 2012, about 700,000 migratory birds visited the valley. 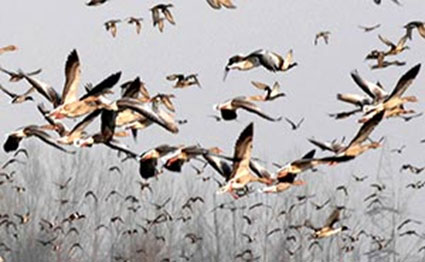 These birds eat insects and fish present in water bodies in addition to some types of worms.

“Migratory birds begin their journey in the months of October and November. They fly here due to freezing temperatures in Asian regions, like Siberia and China that result in food shortages in their natural habitats” says Baba.

The migratory birds spend about four months in Kashmir, after which they return to their original habitats. On their return route they spend some time in the wetlands of the Punjab region and in the northern Indian state of Utter Pradesh. 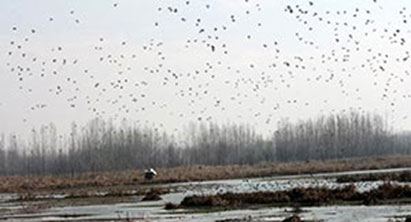 One of the responsibilities of Jammu & Kashmir’s Wildlife Protection Department is to monitor migratory birds to make sure they do not bring infectious diseases to the Kashmir region.

Soon after the birds arrive, the department releases special squads that prevent poachers from setting traps, explains Sarfaraz Khan. The department also has observatory towers to survey the activities in and around the wetlands to keep poachers out.

Due to the department’s special care, there have been no reports of poaching this year, Khan says. The water and banks of wetlands are also sprayed with a Tetracycline antibiotic powder to keep the birds free from diseases, Khan adds. 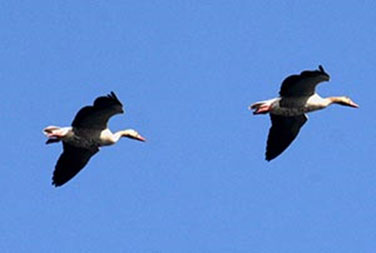 In addition to the threat of poaching, some locals fail to adhere to natural reserve regulations by building constructions inside the borders of the protectorates.

The wetlands at Hokersar and Wuller Lake in Bandipora district of north Kashmir in particular are facing this threat of encroachment. “Vast strips [of land] have been filled with garbage or construction that is taking place,” Khan acknowledges.

Though the State’s Ministry of Environment & Forests claims to have taken appropriate measures including establishment of special unit of wildlife protection guards to stop illegal construction in and around the wetlands, yet, the situation on the ground tells a different story, as another local resident, Ab Ahad Tantray told AboutIslam.net. 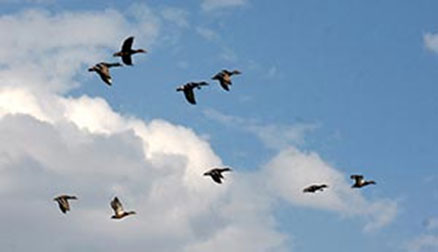 Some non-governmental organizations have come to the rescue of the migratory birds and have started campaigns to increase awareness among Kashmiris about the rights of birds and the duties of humans to protect them from harm.

Mohammad Ismail, a local social worker in Srinagar, said some of the inhabitants have encroached on the outer strips of the wetlands but nothing is being done by the government of the Indian occupation to stop them.

“Government must come up with a special policy and program to ensure better safety for the migratory birds”, Khan said, adding, unless the laws enacted for the safety of wild animals aren’t enforced the problem won’t be solved.

Ab Salam Khan, an activist who works with the local NGO in Srinagar, the Society for Protection of Wild Animals (SPWA), says their organization has been educating people about safety measures that need to be taken to protect visiting migratory birds during the winter months. 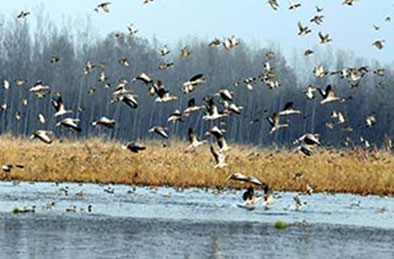 “Birds add more beauty to the Kashmir Valley and their arrival can attract more tourists if they are handled with care,” he said. Khan added that Jammu & Kashmir’s Wildlife Protection Department has been making hollow claims of protecting the birds and that no steps are being taken by the Government of India to ensure the safety of the winged visitors.

“Whatever government’s wildlife department is claiming needs to be done practically as no policy or law is useful until it is not implemented on ground” says Farhat Nisa, a student of environmental department in Kashmir University, adding, these areas need special fencing so that the civilians aren’t allowed inside without proper permission.

This article was first published in 2013 and is currently republished for its uniqueness.