This isn’t a phrase that Muslims hear often. However, a new wave of specialty drinks is trying to change that. A new beverage is on the market which hopes to find a lucrative home between two financially successful categories – that of “vitamin waters” and “energy drinks.”

These new “relaxing drinks” promise to help you relax, sleep better and feel less stressed. Although this is a refreshing idea in the midst of our overly caffeinated societies, how these drinks are marketed and manufactured pose issues for debate. The main issue is the ingredients in the new “relaxing drinks”, their availability, how they are marketed and how they are labeled.

All of the new drink lines feature melatonin as a key ingredient. However, the safety of melatonin is not discussed on their websites.

Melatonin is a hormone produced in the brain’s pineal gland and is secreted at night (Ratzburg). Although it sounds deceptively “natural,” one must remember that all human hormones when used in prescription drugs are regulated because they carry substantial risks that require careful medical supervision.

For example, Thomas Moore points out that, “Insulin – an essential and lifesaving drug for Type 1 diabetes – can […] produce a loss of consciousness and coma. Estrogen, unopposed by progesterone, is a growth promoter and proven carcinogen. It causes endometrial cancer, and possibly other cancers. Thyroid hormone, important and safe replacement hormone for millions, caused heart attacks when used in a different form to lower cholesterol.” (Moore)

Francis Mercuri, Licensed Acupuncturist and Doctor of Oriental Medicine, states that, “melatonin supplementation is really a type of self-administered hormone replacement therapy, whose effects and contraindications have not yet been noted extensively.”

Melatonin should not be taken by people with certain medical conditions such as severe allergies, severe mental symptoms, auto-immune diseases or cancers such as leukemia. There may also be negative effects on the reproductive system, so pregnant women or those who want to conceive should not take those drinks. (Ratzburg; Ebner)

Mercuri shares, “Melatonin, in the public mind, is being thought of as a ‘sleeping pill’ whereas, in reality, it is a hormone intimately connected with the day/night circadian cycles. This creates two problems: The first pertains to timing. Melatonin naturally peaks during periods of darkness; taking it at other times (such as in the daytime, following a ‘graveyard’ shift) is highly questionable from a circadian point of view.”

Melatonin is not the only ingredient in question. The beverage RelaxZen contains passionflower and GABA as well. Passionflower is a strong depressant that can significantly reduce blood pressure, and GABA “should not be combined with alcohol or other depressants.” (Drug Safety Site). DreamWater also contains GABA.

However, IChill has chosen Valerian as one of its key ingredients The website does not mention that Valerian should not be taken by people who have liver problems or are pregnant or nursing and, according to drug safety sites, should also, “never be combined with melatonin.” (Altmed)

Surprisingly, although the safety of these drinks is questionable, they are allowed to be marketed without a prescription. And although the UK, France and Canada have outlawed them, they are still being distributed in the United States. (Ebner)

Dreamwater’s site states that “the information presented is for informational purposes only. Any consumer should consult their doctor, practitioner, and/or pharmacist for any health problems/questions and before using any supplements or before making any changes in prescribed medications.” However, you are not required to have a prescription for ordering and no contraindications are listed, of which there are many. (DreamWater) 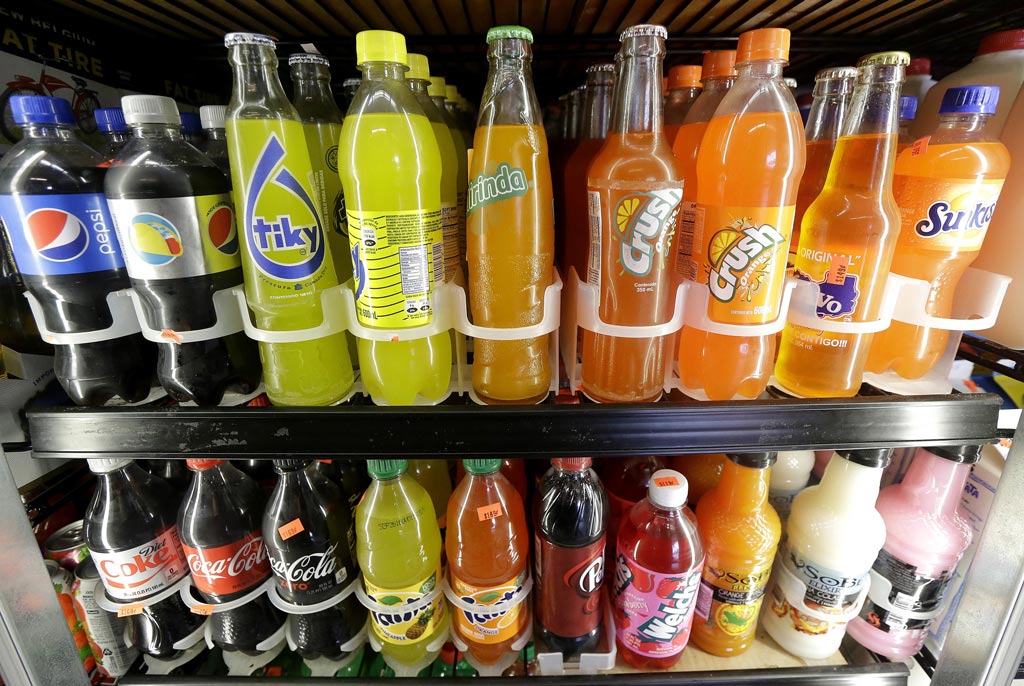 In fact, lack of information on the ingredients contained in the drinks is not the only thing missing from the websites and labels on the bottles.

A glance at all of the websites and labels reveals that these drinks advertise a “blend of stress reducing and mood enhancing herbs and vitamins is especially formulated to relax you throughout your day.” (RelaxZen) However, little safety information is provided.

RelaxZen includes “commuters and travelers” on its list of who its drink can benefit. However, the only safety advice on any of the three websites (RelaxZen, IChill and Dream Water) clearly says, “This product may cause drowsiness… do not take when operating machinery or driving a vehicle.” (IChill)

Other dangers are not even mentioned at all such as the combined use of “uppers and downers”, long term effects of melatonin, dangers of consuming hormones on a regular basis and dangers of combining these drinks with medications. Even worse, studies linking GABA to possible increased risk of suicide are not listed at all. (Korpi)

A possible risk associated with the drink is how people will use it. Seventy-five percent of Americans between the ages of 55 and 64 drink coffee and 47 percent of 18- to 24-year-olds drink coffee daily (Dowydizka). With caffeine drinkers being so prevalent, chances are high that people will mix caffeine (a stimulant) with a relaxing drink (a depressant.) Many studies have shown that mixing depressants with stimulants can cause symptoms such as severe dehydration, insomnia, vomiting, nose bleeds and even cardiac and respiratory conditions that might lead to death. (Ball State University)

So why are there so many dangers to drinking these relaxing waters when they are filled with such “natural” ingredients? Biochemist Stephen Naylor says that the problem is that these “natural” drinks are not natural at all.

“Chemistry is chemistry,” he explains. “Whether you’re extracting a hormone from a plant, or chemically synthesizing it, the moment you start to handle a chemical like melatonin, it is going to undergo other chemical reactions, and add whole new dimension to biological and toxicological activity. That is just reality.” (Moore)