Sress | For most of Dr. Pallardy's patients, the weight gain was due to a digestive disruption.
aaa

Young or old, thin or big, many Muslims are getting a paunch and have to bear some feelings of heaviness in the abdomen. But aside from being a nuisance, having a big belly can also lead to serious diseases.

It has been found that if the abdominal muscles do not work well, the entire metabolic system becomes affected. Badly sustained, the organs fall downwards, pulling the spine into an incorrect position.

The intestines become unable to launch exhalation as they should and hence keep the carbon dioxide inside the body, making the renewal of oxygen especially difficult.

A study of 17,150 men also showed the link between abdominal obesity and the risk of developing cataracts. In this study, reported by the American Journal of Clinical Nutrition, a big belly was cited as the main risk factor (Eller).

However, contrary to popular belief, lack of exercise is not always the culprit in obesity. Before addressing the issue of exercise, doctors first look at their patient’s lifestyle to determine possible causes for digestive troubles. “For most of my patients, the weight gain was due to a digestive disruption,” says French dietician Francois Pallardy (Pallardy, p. 5).

Prophet Mohammed (PBUH) commented on the importance of proper eating habits. He said: “A believer eats in one intestine (is satisfied with little food) and a kafir (unbeliever) or a hypocrite eats with seven intestines.” (Bukhari). This hadith (saying of the Prophet) explains the problem of obesity well. Obesity occurs when people eat too much and too fast, which causes a swollen belly due to constipation or abdominal wind.

The digestive system is a wonderful system. But, to keep it functioning properly, people are advised to reduce their consumption of acidic products that increase the acidity rate in the stomach, which can lead to heartburn and bloating.

Acid-forming foods include: vinegar, red fruits, milk products, some vegetables such as tomatoes and watercress, jams, sweet drinks and stimulants like coffee and tea, among others. Abdominal wind can also be due to presence of gas in the stomach caused by chewing gums and fizzy drinks like soda (webmd.com).

Moreover, food fermentation often increases if one is continually nervous or anxious, thus causing bloating because stress upsets the bile and insulin production needed to digest the foods.

A Yale University team found a link between chronic psychological stress and fat storage. Stress makes the brain, especially the hypothalamus, secrete an excessive amount of cortisol, a stress hormone, which may contribute to a high fat rate or an upset of the insulin rate responsible for diabetes, high cholesterol, and ulcers (webmd.com).

Many experts also believe in the psychological factors of many digestive diseases. “The cause probably has something to do with the stress, which affects the nerves connected to the intestines and cause cramping,” says Thomas M. Ball, an assistant professor of clinical pediatrics at the University of Arizona (webmd.com). 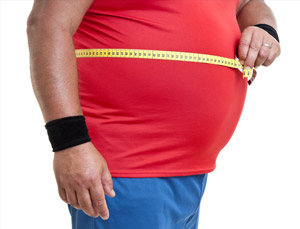 Furthermore, the development of some bad genes may be halted or slowed down if the person stays relaxed as Dr. Smith advises in his book Low-Stress Diet. Dr. Smith says, “Stresses can allow genetic traits to appear” (Smith, p. 17).

Furthermore, we usually react to stress by smoking, stopping exercise and overeating. Psychiatrists used to say that stress, or the perception of stress, can lead to low blood sugar, thus causing people to overeat.

If stressed people are on a diet, they often feel guilty if they overeat; which creates more and varied stresses that can cause them to perceive they are weak and unable to control their bodies.

Learning to accept one’s self will also help us get to know our bodies, making it easier to exert control. Many scientists think that “mind-body” techniques might make a difference in many diseases (Smith, p.20).

Doctors advise that in order to stimulate better digestion, a person should try to reduce stress with imagery techniques. For example, people can imagine themselves relaxing in a calm cottage.

By relieving the system of stress, and maintaining good eating habits, a person will notice a real difference in their life. Their energy will increase, their nerves improve, and indigestion symptoms will often disappear.