Knowing a person’s physiological temperament not only helps to determine the cause of illness, but it also helps in discerning the best treatment.

Treating depression is one of the areas in which temperament typing proves invaluable. What constitutes depression varies by temperament type – two people can be exhibiting the same behavior; for one, it may be depression while the other may simply be “in character.”

Understanding this allows a determination as to the best ways to approach treatment.

There are two popular methods for quickly typing a person’s temperament – observing how they eat and how they react to outside stimuli. Pre-determining simply indicates which temperament is strongest in the person.

At the restaurant, sanguines eat everything in sight. They enjoy talking so much that they almost never look at a menu until the waitress arrives.

Cholerics are stereotyped eaters; they seldom vary their menu from one day to another. They bolt their food down in big chunks, often talking while chewing.

Melancholics are very picky eaters; it takes them forever to make up their minds about what to order, but once it arrives they savor every bite.

Phlegmatics are the most deliberate eaters of all and are, invariably, the last ones to finish eating. The sanguine may also be a slow eater, but this is because they are busy playing or being distracted – not because they were concentrating on their food.

Phlegmatics are the ideal type to discuss first as they are often misinterpreted as “lethargically depressed.”

In reality, however, they are naturally prone to sitting, staring, and living a very moderate and low-key lifestyle.

Their needs are fulfilled in this simple and quiet life; in fact, most phlegmatics are completely happy until someone comes along and complains that they are “depressed too much” or that they “lack ambition” or that “something is wrong because they sit around too much.”

Then, they may end up sitting around considering that they just might be depressed. They will soon have themselves convinced that they are, and may even come up with some very valid reasons as to why.

Oftentimes, they will be labeled (by themselves as well as by others) as depressed for no other reason except that they fall into this type. However, the reality of the situation with the phlegmatic is that they are naturally unenthusiastic and immobile by nature. 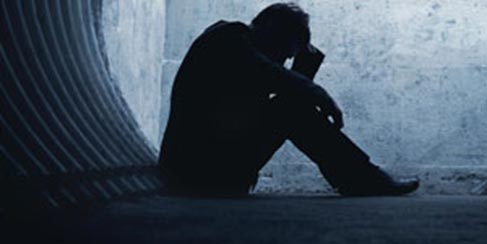 If this quality is understood and accepted by them and those around them, all can live happily with their slow and steady attitude about life. Eeyore, from the cartoon “Winnie the Pooh,” is a good example of this type of person.

Thankfully, his friends in the Hundred Acre Woods are wise enough not to get him treated for depression.

Sanguine types, on the other hand, are the last people you would expect to get depressed. They are the people who display the most joy and enthusiasm for life.

Sanguines are also the people who often start new projects while stumbling over old ones so that they can manage to fit in all the wonderful things they want to do.

However, life is not all smiles for sanguines as they are prone to seasonal depressions (SAD in particular) and mood swings (during PMS, hypoglycemic attacks, etc.).

Their life perceptions and moods come in cycles like the seasons; their internal seasons rotating as they are influenced by the external seasons so they may find themselves suddenly depressed because of the weather, a lack of sun or fresh air, or simply the change of seasons.

Sanguine types are also very influenced by foods, which often effect their internal cycles. Many times, they become depressed after eating foods that they are allergic to or after consuming too much caffeine, processed foods, or sugar.

Sanguines tend to blame themselves for their depression; acutely aware that they are no longer being their “lovable and cheerful” self, they often “hide” until they are “done” being depressed.

Because people usually enjoy them for their vibrancy, they are not usually enthusiastic about sharing any feelings of depression and they may have a hard time asking for help.

However, in most cases a sanguine’s depression is seasonal or passing, or can be cured by regulating their diet. In many cases, recognizing their condition as natural and normal for their type and just “waiting for the storm to pass” is the best “cure.” Tigger, in “Winnie the Pooh,” is a perfect example of the sanguine type.You may not hear from a sanguine friend for a few days or even weeks at a time, and then she may suddenly appear again as if no time has passed.

Melancholic types tend to get depressed more easily than any of the others. Although the phlegmatic may constantly look depressed, the melancholic suffers from an almost constant self-induced depression caused by their over-evaluation and reflection on life. They usually don’t let one thing go unnoticed and everything cumulates to depress their spirits about life.

However, treating a melancholic for depression is often destructive, as they are melancholy by nature and even gain some joy and satisfaction from dwelling on their life miseries.

You will usually find that melancholics are even more depressed when nothing is wrong in their life as they enjoy solving problems and overcoming challenges.

The most depressed melancholic is one who is having a day where nothing went wrong at work, home or anywhere else in their life – leaving them with a feeling of dread about what could possibly come next.

The best way for a melancholic to deal with depression is for them to learn to laugh at themselves. They will always be a little “depressed” so they should avoid using the label “depressed,” instead, they should describe their feelings differently so they don’t take themselves so seriously.

In fact, the worst thing a melancholic can do is indulge in their depression by giving it a name and then “treating it.”

Usually, the process of naming their feelings depression and then feeding it through treatment just creates a sense of satisfaction and justification for their feelings.

A typical melancholic would be happy to be on medication their entire life. Winnie the Pooh is a good example of a melancholic person. He is easily influenced by the suggestion that something might be wrong, and he is constantly saying, “oh, bother.”

Choleric types rarely get depressed; when they do, it is usually because of a loss or some other external factor, and it is typically dramatic – they may wail, “I am so depressed” for a period of time and then go on to something more interesting. 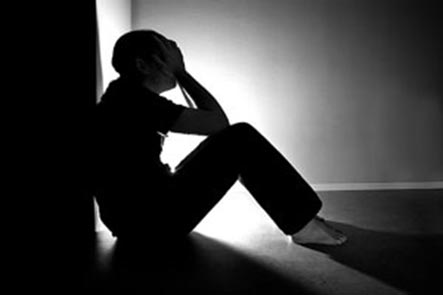 Depression for the choleric consists of immobility, lethargy or moping, but includes movement and drama.

The problem with this is that they may actually enjoy and benefit from the drama to some extent, but those around them may easily become infected by their mood of despair.

The typical choleric can act dramatically and hysterically depressed, create a feeling of depression in those around them, and then move on to other things while the people they have “infected” remain depressed.

The best way to deal with a depressed choleric is to quarantine them from other people, and engage them in physical work or exercise. Hiking in the hills, running, swimming, and Tai Chi are all good for this type.

Instead of using up all that dramatic energy in a state of depression, they need to use it in sports and it will gradually dissipate without harming anyone around them. Rabbit, from “Winnie the Pooh,” is a good example of this type of person.

When he is depressed or upset, he wails out loud – infecting the entire clan with his mood and oftentimes scaring Pooh and his friends away from his house or garden.

Above all, remember that giving a name to depression is often the cause of the problem.

In short, depression is probably more natural than unnatural; rather than being a stigmatic problem, it should be viewed as more of a normal occurrence.

Depression can be crippling, causing people to lie in bed, skip work or school, end relationships and even contemplate suicide.

It should be taken seriously; however, helping people to get in touch with their inner natures can help them to take it less seriously and, perhaps, lead them to being healed.

This article was first published in 2008 and is currently republished for its relevance.