The World Health Organization (WHO) stated in its 2007 report that nearly half the people who smoke regularly will eventually be killed by tobacco. What is very alarming, however, is that hundreds of thousands who have never lit a cigarette are also killed each year by tobacco. The culprit is passive smoking.

Most smokers know they are destroying their health. However, passive smoking, or secondhand smoking, harms the health of nonsmokers. These people didn’t choose to be exposed to the harmful smoke, yet they will suffer for it.

Scientists call for more protection for non-smokers. The best and only solution, according to WHO, is to promote 100% smoke-free environments.

Much of the harm caused by secondhand smoking actually starts at home. While many people see their homes as the perfect place to smoke, they unwittingly expose their families to the poisons carried in the smoke.

Children have a weaker immunity system and their bodies are still developing. This makes them more vulnerable to the poisons in smoke than adults.

Second hand smoking can aggravate asthma and respiratory diseases as well as cause ear problems in young children.

According to a research by the US Surgeon General, babies whose mothers were smokers during pregnancy are born with weaker than normal lungs. This could increase the risk of many heart problems.

These babies are also at a higher risk of dying from sudden infant death syndrome (SIDS) than babies unexposed to smoke.

While a pregnant mother shouldn’t expose her fetus to the harmful toxins in smoke, she shouldn’t be exposed to secondhand smoking either. In addition to the harm it can cause, passive smoking also decreases female fertility. This makes it harder to conceive a baby.

A US study in the early 2000s showed that secondhand smoke exposure can endanger pets as well. In the research, longer exposure to the smoke caused an increase in the likelihood of cats developing health complications.

Many non-smokers think that by avoiding smoking, they are caring for their health and wellbeing.

The problem is that they have no control over other people’s smoking.

Non-smokers involuntary take in smoke through passive smoking, unaware of the dangers this poses to them.

Several studies highlight that exposure to secondhand smoking increases the risk of developing heart diseases by 25 to 30 percent. It can also increase the risk of lung cancer in non-smokers by 20 to 30 percent.

The International Agency for Research on Cancer (IARC) concluded in its latest report that secondhand smoking is carcinogenic to humans.

Options such as segregating smokers from non-smokers or ventilating the room aren’t enough to eliminate secondhand smoke exposure. According to WHO, ventilation systems 100 times above common standards are a must just to remove the odor of smoking.

Even higher ventilation rates are a must to remove all toxins in smoke. Such a level of ventilation is neither viable no affordable.

If you are a smoker, the best way to protect your family and loved ones is to quit smoking. This will also protect you from the adverse effects of smoking.

Meanwhile, there are several options to decrease your family’s exposure to passive smoking. A good start isn’t smoking inside the house or in the car. Make smoking an outdoor experience only. Such smoke-free rules can surely help people quit smoking as well.

Another good option is persuading businesses to adopt smoke-free areas. Workplaces continue to be a major area of secondhand smoke exposure.

Some people, especially those affiliated with the tobacco industry, claim that smoking bans infringe on the rights of smokers. The truth is that while smokers have the choice to smoke, non-smokers are involuntarily being exposed to secondhand smoke.

It is important to remember that most people are non-smokers, and many smokers wish to quit but don’t have the will to. Smoke bans aren’t there to infringe on the rights of smokers, but to promote the rights of others to breathe clean, healthy air and not have to worry about poisons they intake.

To choose to smoke is an act of free will. But to choose to harm others is a selfish act. 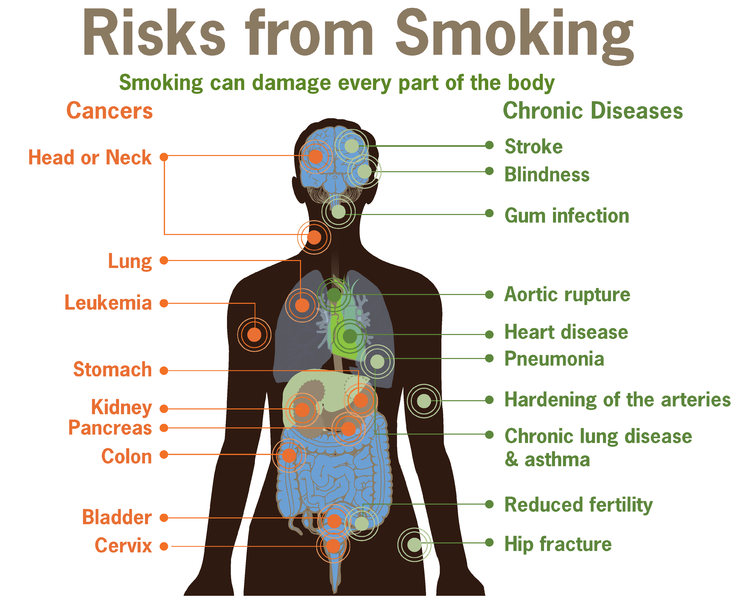