Some of us are already feeling the heat, as we flex our muscles to reach for a soft drink to quench our thirst. However, ice-cold soft drinks actually numb our taste buds to the reality that we are consuming a can or bottle of “liquid candy” containing the equivalence of seven teaspoons of sugar that increases our need and craving for water.

The study indicates that the brain doesn’t register liquid forms of sugar in the same way it registers solid forms. Liquid calories pass through the stomach quickly and don’t signal to the brain that it is time to stop our consumption. Among its findings was the fact that soft-drinking school age children consumed almost 200 more calories daily than those who don’t drink sodas.

However, this is only one study; there are others that show conflicting evidence so other factors must be involved. Besides water, sugar, colorings, flavorings and carbon dioxide, soft drinks in general contain caffeine, acidulants (acid), preservatives, potassium, sodium, sweeteners, (aspartame, saccharin, acesulfane k and sucralose).

Caffeine is a natural substance in more than 60 plants including coffee and cola beans, tealeaves, and kola nuts. As part of the flavor-profile, small amounts are added to soft drinks. Caffeine stimulates the central nervous system and, depending on one’s level of consumption, it can cause insomnia, nervousness, irritability, anxiety, and disturbances to the heart rate.

A regular and frequent coffee-drinker, if forced to do without coffee for awhile, can experience splitting headaches, a slight rise in blood pressure, irritability and perhaps stomach problems, according to Kenneth S. Kendler, professor of Psychiatry and Human Genetics at Virginia Commonwealth University, U.S.

Child Psychiatrist Gail Bernstein of the University of Minnesota gave children between the ages of 8 to 12 the equivalent of two to three cans of diet Coke every day for 13 days, and then substituted the Cokes with caffeine-free soft drinks without telling the children. Their withdrawal symptoms were measured and, during a computerized test 24 hours later, the children showed a significant decrease in attention.

Cola drinks contain 35 to 38 mg per 12-ounce can, 28% of the amount found in an 8-ounce cup of coffee. A 12-ounce can of diet Coke contains about 42mg and a can of Pepsi One has 56 mg, whereas Sprite, 7-Up, and ginger ale are caffeine-free. Caffeine belongs to the same alkaloid group as the natural chemicals morphine, cocaine, purvine, and strychnine – all addictive.

Avram Goldstein, professor of Pharmacology at Stanford University said, “When you are dependent on a drug, you are really upsetting the normal balance of neurochemistry in the brain. The fact that kids have withdrawal symptoms when the caffeine is stopped is a good indication that something has been profoundly disturbed in the brain” (Squires). In his September announcement, Food and Drug Administration (FDA) Commissioner Dr. Jere Goyan warned women of childbearing age to avoid caffeine consumption because it is linked to possible birth defects. 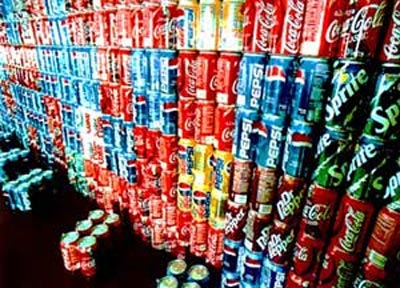 High soft drink consumption interferes with the body’s metabolism, including the metabolization of iron.

Acidulants act as a preservative and add a pleasant tang. The two most common forms used in soft drinks are phosphoric and atric acids. Sometimes malic and tartaric acids are used. Excess phosphoric acid upsets the body’s calcium-phosphorus balance and leeches calcium out of the bones, which can eventually cause osteoporosis (weakening of the skeletal system). It contradicts the hydrochloric acid in our stomachs making it ineffective, and promoting indigestion and bloating.

To illustrate this, Dr. Clive McKay at the Naval Research Institute placed extracted human teeth in cola drinks. Within two days, the teeth became soft and the calcium from the enamel was lost. Our kidneys are often unable to excrete the excess phosphorus that causes calcium depletion.

The National Academy of Sciences set 3g daily as the tolerable maximum of phosphorus that should be consumed by children aged one to eight.

Potassium and sodium are generally harmless as they are naturally occurring compounds. Sodium is responsible for regulating and transferring body fluids. However, its consumption must be limited; therefore, diet sodas, being high in sodium, should be avoided by those who have kidney disease, adrenal, thyroid or pituitary gland malfunction, diabetes and arteriosclerosis.

High soft drink consumption interferes with the body’s metabolism, including the metabolization of iron. Some sodas may even contain ingredients such as ethyl alcohol (ethanol) and sodium alginate, which companies are not required to disclose. 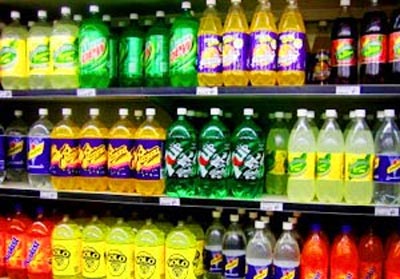 The two most common forms used in soft drinks are phosphoric and atric acids.

The Mujlisul Ulama of South Africa investigated the possibility of soft drinks containing alcohol, and looked into the case of the United States vs. Forty Barrels and Twenty Kegs of Coca-Cola trial of 1909. It was difficult for them to ascertain whether the use of ethanol in Cokes still takes place today and, if so, for what specific function. In the above trial, it was shown to be used in the extraction process from the kola nut (a process common in the production of essential oils).

Islamicity refers to correspondence by Coca-Cola (U.K.) stating that, “Some of the flavors in our products are produced by an alcohol extraction of natural substances. However, the extremely small amount of alcohol involved in the process becomes insignificant in the beverage.”

We well know the reasons for health and religious restrictions (which are intertwined) on consuming intoxicants. So the question remains as to whether the small quantities of ethanol possibly present in Coca-Cola have an accumulative intoxicating and addictive effect – along with the addictive effect of its caffeine.

In the meantime, there are enough reasons to abstain from drinking soft drinks, including having these doubts.