Allah Almighty says in the Qur’an, (O you people! Eat of what is on earth, Lawful and good; and do not follow the footsteps of the evil one, for he is to you an avowed enemy.) (Al-Baqarah 2:168).

As Muslims, we want to be healthy, so that our bodies could be in the best condition to perform our duties. Many people take up supplements out of belief that they will help maintain their health. But are nutritional supplements the kind of thing that the Qur’an is referring to as “lawful and good”?

The scientific community is divided on the impact of supplements on the body. However, the general consensus is that we need to learn more about them and that if you want to use them, you should consult a professional for advice. 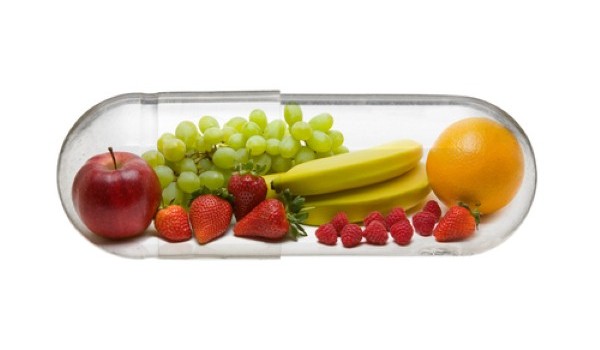 The definition of nutritional supplements may help shed some light on why they have stirred such a controversy over the last few decades.

Nutritional supplement is defined by the US Food and Drug Administration (FDA) simply as “a product taken by mouth that contains a dietary ingredient intended to supplement the diet.” The “dietary ingredients” in these products may include: vitamins, minerals, herbs, or other botanicals, amino acids, and substances, such as enzymes, organ tissues, glandulars, and metabolites.” (Thurston)

However the FDA’s definition of a drug is not very different. The FDA defines drugs as “articles intended for use in the diagnosis, cure, mitigation, treatment, or prevention of disease.”

So are nutritional supplements wholesome and safe? Many people assume that because herbs and vitamins come from “natural” sources, they are safe. However, this is not necessarily true.

Many supplements can cause health problems, when taken in excess amounts, taken by the wrong person, combined with certain medicines, or taken while pregnant. Some supplements have been found to contain little of the named substance and may contain chemicals, pesticides, bacteria, heavy metals, and even pharmaceutical drugs. In April of 2008, one brand of vitamin C in Canada was recalled because it was found to contain large amounts of vitamin A.(Consumer Reports, Cohen)

Well-known nutritional supplement manufacturers have a higher quality of product, but they are still not regulated by any outside agency, so all claims of potency and safety are internally produced. Supplement manufacturers can launch products without any testing at all just by sending the FDA a copy of the language on the label. (FDA)

There is the further concern that some nutritional supplements are not even halal. Centrum multivitamins, according to the FAQs on their website, contain pork gelatin and many vitamin E capsules do as well.

However, beyond the quality and questions of integrity is a more important question: are nutritional supplements necessary? The Linus Pauling Institute, one of the foremost research institutes on orthomolecular medicine, says, “Yes.”

The Institute spends millions of dollars each year researching and tracking studies done on nutritional supplements and maintains a comprehensive website, as well as published many books, that show the results of these studies. (Higdon)

According to their website, their major areas of research include “cardiovascular and metabolic diseases, cancer, aging, immune function, and neurodegenerative diseases.” (Higdon)

However, although many doctors agree that proper nutrition is important for good health, not all believe that supplementation is the answer.

Many experts caution against using supplements to add vitamins and minerals to the diet as multivitamins may not contain the personal balance of nutrition a person needs. It may actually assist in depleting some nutrients from the body. Individual supplements and vitamin pills may not be as well absorbed by the body as nutrients in foods and some supplements also can have toxic effects in high quantities.

For example, studies at the University of North Carolina have shown that the same anti-inflammatory properties of fish oil, a popular supplement, can also suppress the immune’s system response to viral infections.

Additionally, some supplements in excess can even interfere with the body’s ability to absorb other vitamins and minerals. An excess of zinc, for example, can interfere with absorption of iron and copper. (Landro)

In 2008, the National Institutes of Health (NIH) suspended a study on vitamin E because of the increased risk of diabetes in the study group subjects, which had been taking therapeutic doses of vitamin E. In April of 2009, an international research team sponsored by the Cochrane Collaborative, even found that consumption of the anti-oxidant supplements beta-carotene, Vitamin A, and Vitamin E actually correlated with shorter life spans! (ScoutNews; Armijo-Prewitt)

Another reason people can’t substitute supplements for food is that there are more than 20,000 different antioxidants in food, but science has only figured out how to isolate a few of these. (Hellerman)

In addition to not being able to reproduce food nutrients, science cannot understand which of the known elements of food may be the most important ones. For example, science can extract sulforaphane, a compound found in broccoli, and put it into a pill. However, this is not the same as actually putting the entire broccoli in a pill.

Amy Stewart, author of The Earth Moved: On the Remarkable Achievements of Earthworms, puts it quite simply when she says, “The fiber and juice in an orange, the beneficial oils in a walnut, the micronutrients in a spinach leaf are simply not readily available in pill form.” (Stewart)

As science moves forward to learn more about the nutrients in foods, it is ultimately Allah, the Creator of these foods, Who holds the secret to the healing elements present in their mix. Almighty Allah says,

(O you who believe! Eat of the good things that We have provided for you, and be grateful to Allah, if it is Him ye worship.) (Al-Baqarah2:172).