Telomeres | Telomeres, the red-colored edges here of each chromosome are the meant genetic biological clocks.
aaa

Supposing that you adjusted the alarm after certain number of hours, reaching the promising time, the alarm is called. This is similar somewhat to the genetic biological clock of the cells in calling alarms after a while.

It is a clock in a genetic biological perspective in normal cells that will be alarmed after certain times of cell proliferation to eliminate the cell.

However, telomerase enzyme loses this clock function in cancer cells and grantees the cells proliferation and invasion through the body.

Cell biologists at the University of Texas Southwestern Medical Center at Dallas in the United States have developed a telomere-targeting strategy directed at the cell’s genetic biological clock that, as a consequence, causes shrinkage and death of tumors.

Dr. Jerry W. Shay, who participated in the study, is a professor of cell biology at the Center of Excellence in Genomic Medicine Research (CEGMR) at King Abdulaziz University (KAU) in Jeddah, Saudi Arabia.

“In our present study, we observed broad efficacy against a range of cancer cells using a novel and highly potent small molecule, 6-thio-deoxyguanosine (6-thio-dG), that targets telomerase-expressing cancer cells but not normal cells. Telomerase enzyme is detected in approximately 90% of all cancers but is silent in most normal cells. Thus, telomerase is almost a universal anti-cancer target,” says Shay.

To understand the importance of these new findings, one must first define the cell’s genetic biological clock. It is defined by DNA structures at the end of each chromosome known as telomeres.

Telomeres are repetitive DNA elements found at the end of the eukaryotic cells’ nuclear chromosomes.

Their functions are both chromosome maintenance for genetic stability and protection of chromosomes from being fused at their ends.

Each time the cell divides, the telomeres become progressively shorter, a well-known effect of the way DNA replicates.

Some believe this is the genetic biological clock that regulates many aspects of normal aging.Once telomere length reaches a critically shortened length, the cell can no longer divide and it generally undergoes a process known as replicative senescence.

The telomere resembles the pencil eraser. Once the eraser is consumed to a critically shortened size, the pencil becomes less useful.

Thus, once telomeres are consumed, the cell can no longer divide. This correlates with many aspects of aging.

Unlike normal cells, cancer cells must bypass the critically shortened telomeres to replicate cancerously and they’re protected by an RNA/protein complex known as telomerase.

Telomerase is detected during early development of normal cells but then becomes silent.

In cancer, it becomes reactivated and protects cancer cells from being eliminated and this property is found in almost all cancer types.

So telomerase is considered a subject of intense research, and a drug blocking this action by the cell biologists could be highly effective in treating cancer patients. 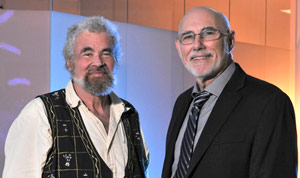 In this study, researchers tested an analogue of an already approved drug, 6 thioguanine. 6-thio-dG is incorporated into telomere DNA strands during DNA replication, but primarily in cells expressing telomerase.

Treatment of cancer cells with 6-thio-dG disrupts the maintenance of telomere length and as a result the cancer cell stops dividing and dies.

6 thioguanine is currently used as a therapy for leukemia (a group of cancers that are initiated in the bone marrow resulting in abnormal increases in the white blood cells).

6-thioguanine must undergo an activation reaction to be involved in metabolism.

This conversion process which is called phosphorylation simply means adding a phosphate group to a protein or other organic molecules as visualized in converting Fig.1.A to Fig.1.B.

As a biological fact and as mentioned in UT Southwestern Medical Center’s article, the 6-thio-dG shown in Fig.1.B is a nucleoside DNA substrate and a telomerase that has a high affinity for 2`-deoxyguanosine 5`triphosphate (dGTP) bases.The limitation was the long time scale needed to convert the drug 6-thioguanine to its metabolic derivative 6-thio-dG. Another limitation was the increased toxic effects of this therapy.

The cell biologists at UT Southwestern Medical Center introduced the biological effects on tumor cells and side effects of 6-thio-dG applied.

However, the already approved compound 6-thioguanine resulted in weight loss, abnormal liver functions and in some cases animal death.

As a consequence, it was shown that 6-thio-dG administration targeted telomerase-positive cancer cells and was more effective and less toxic to normal cells compared to 6-thioguanine.

Shay believes “this small molecule will address an unmet cancer need in an underexplored area that will be rapidly applicable to the clinic.”

From his side, Dr. Mohamed L. Salem, professor of immunology at the Faculty of Science and director of the Center of Excellence for Cancer Research at Tanta University, Egypt, also applauded the findings saying, “The main finding of anti-cancer effects of 6-thio-dG in vivo and in vitro are very promising, particularly because it didn’t affect the function of hematopoietic stem cells.”

Even so, two potential concerns may emerge from this study. The first is the possibility of unresponsiveness of cancer stem cells (a cancer cell that has a tremendous ability to proliferate and differentiate into cancer cells) to this kind of therapy, which in this case will result in cancer recurrence.

And the second concern is the possibility of deleterious effects on cancer reactive T cells, resulting in T cell tolerance (a state of unresponsiveness of T immune cells in the immune system).

“If this therapy is reversed by blocking 6thio-dG pharmacologically or by a specific antibody, it might lead to enhancement of cell survival, especially in skin cells or even immune cells,” Salem explains.

If this hypothesis works, this study can open a new avenue for anti-aging research.

Numerous laboratory results indicate that cell immortality is attainable through the activation of the telomerase enzyme.

Nevertheless, there is a hot debate over the implications of this strategy on cancer induction especially in pre-immortal tumors.

Can cell biologists in the near future control aging by increasing the length of telomeres in people with shorter ones?

Dr. Sameh S. Ali, founding director of the Center for Aging and Associated Diseases, Helmy Institute of Medical Sciences, Zewail City of Science and Technology, Egypt, answered this by saying “I believe a safe therapeutic telomere lengthening isn’t attainable in the near future,” he says.

“However, lifestyle changes, such as those eliciting healthier dietary habits, regulated sleep, and moderate physical exercise provide more promising alternatives since they are all reported to consistently activate telomerase,” Ali continues.

“Overall, these studies enjoy a paramount perspective in anti-cancer and immune therapies as well as in anti-aging research,” he says.