Hajj is a major religious event for the entire Muslim World but it’s also of great economic benefit for Somalia.

Last Thursday, 1st of September, Voice of America reported that the northern regions of Somalia export millions of livestock to the neighboring Kingdom of Saudi Arabia to cover the  need for animal sacrifices offered by Muslim pilgrims during Hajj.

“Obviously we are delighted by this, says Said Hussein Iid, Somalia’s Minister of Livestock, Forestry and Range. “But there is still so much more to be done to grow this sector, both domestically and in terms of exports,” the Minister added. 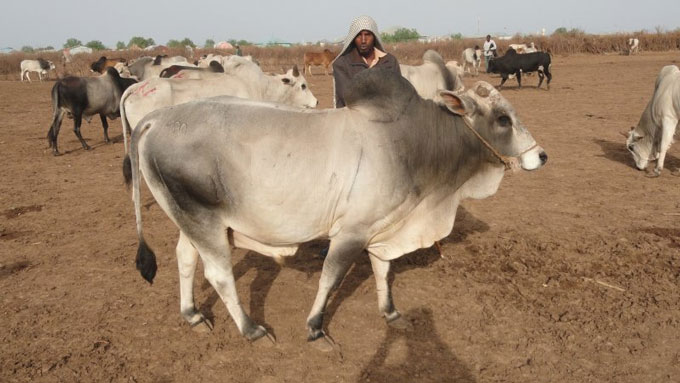 “We need to diversify into new markets, make sure that livestock have good year round access to high quality fodder and continue to build a national system for managing animal health across the whole of Somalia,” said Iid.

From the Somali hinterlands to the city of Hargeisa, millions of sheep and goats are on the move to feed millions of Muslims in Makkah and Madinah. However, Somalia now faces competition from Sudan, Australia, and other countries who also export livestock to the Hajj.

According to Voice of America, the livestock trade to the Middle East accounts for 70% of jobs and 60% of the gross domestic product of the northern regions of Somalia. 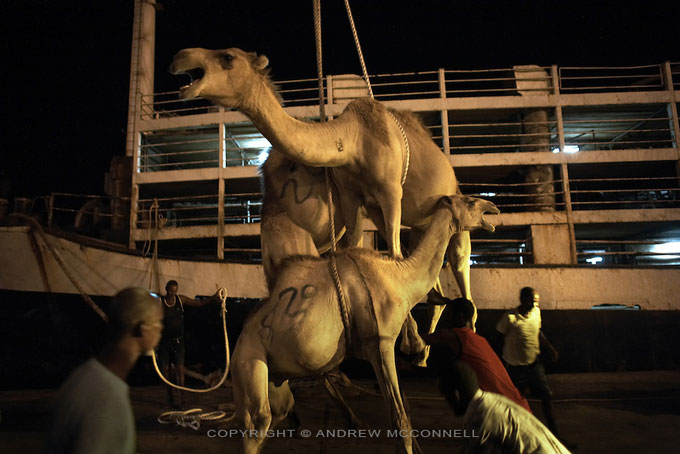 Mowlid Hassan Jama, who works at Hargeisa’s livestock market since a decade, told Voice of America that he earns his livelihood from this livestock. “Through my job, i feel like supporting the Islamic Ummah in having a good Hajj festival.”

Once sold in the markets, the animals are trucked 160km to the north at the Red Sea port of Berbera, where they wait in quarantine for weeks, receiving blood tests and vaccinations.

Livestock animals are vaccinated to protect against diseases such as rotavirus, E. coli, pinkeye and brucellosis. Historically, many animal vaccinations have been given annually. 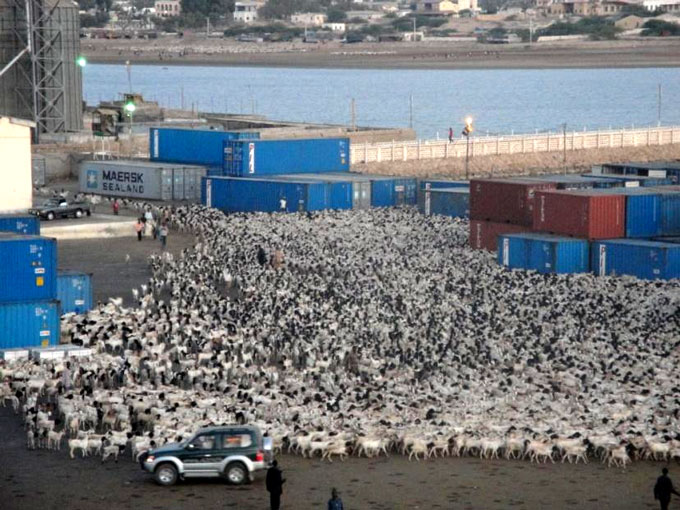 These recommendations were based on the best available knowledge at the time. As research has continued, it appears that some vaccines may protect animals from disease for longer than was previously felt.

In spite of this prosperous livestock market, some health concerns and accusations of diseases among Somali livestock lead Saudi Arabia to trek cautiously on the issue of  imports of Somali animals.

Government veterinarian Ali Mahamud Gulled told Voice of America that Berbera quarantine holds over a million animals at the height of the Hajj.

“It’s very, very important we guarantee that no disease is carried and infected to the imported country … because then that will affect us economically, drastically. It could result in a ban of our livestock, so we make sure that each and every animal leaving here is free of diseases,” said Gulled.

After quarantine, the sheep and goats load onto ships holding between 20,000 and 120,000 animals. The animals are often loaded at night when the air is cooler.

Abdi Osman Haji, a researcher of the UN Food and Agriculture Organization (FAO), advices Somali authorities to modernize their industry to stay ahead. 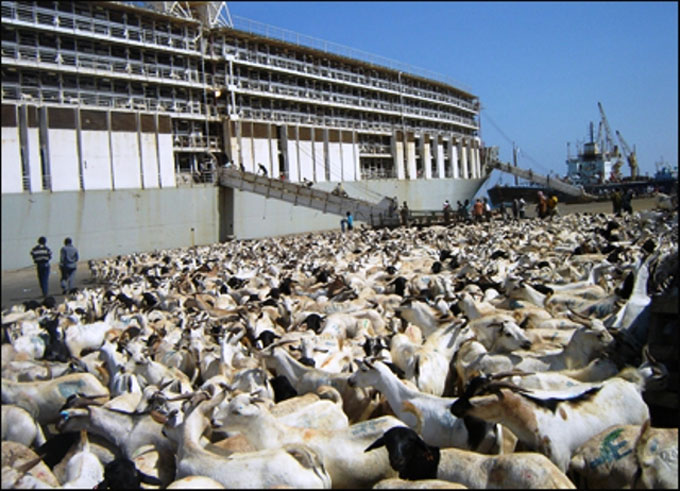 “The market facilities are very dilapidated and they aren’t up to date … I’m sure Somalia can’t maintain its current position if we don’t improve the whole export value chain,” Haji said, while addressing the reporter of Voice of America.

Despite the fact that Islamic Shari’ah has very definitive rules and strict regulations for taking care of animal welfare, but Haji believes Somalia lags behind in such terms of animal treatment too.

“Animal welfare isn’t on the agenda here and that has to be introduced. Animals, when they are deported via ships and via trucks, they aren’t according to international standards. They should comply [with] animal welfare conditions,” Haji added. 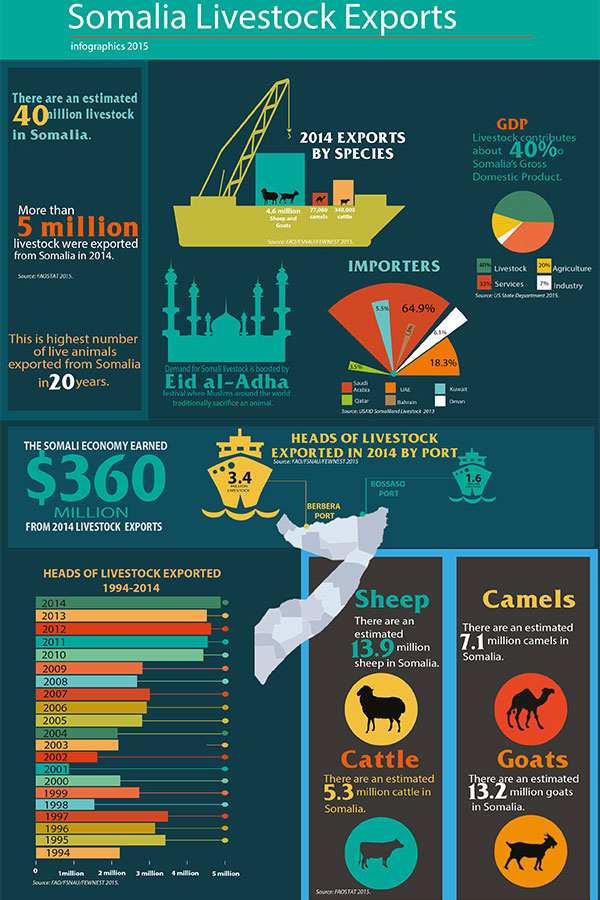