A hormone is any member of a class of signaling molecules produced by glands in multicellular organisms that are transported by the circulatory system to target distant organs to regulate physiology and behaviour.
aaa

Allah equipped plants with hormones, which are modified by their environmental conditions. These modifications include the rate of cell growth and differentiation acting in coordination with the vast range of environmental inputs (HCS, p.1).

It is this ability that scientists hope to tap into in their search for a cure for cancer. It is plant hormones that work to form these defense mechanisms – metabolites.

Western scientists once considered metabolites useless by-products and only began paying attention to secondary metabolites the 1990’s. However, Muslim geologist and geographer, al-Biruni, was fully aware of nature’s creative adaptations when he wrote in his ‘ Chronology of Ancient Nations‘.

He claimed that the Vis Naturalis (the creative power of Nature), in all it is inspired and commissioned to carry out, never drops any material unused, and if it meets with such and if there is abundance of material, the Vis Naturalis redoubles its creative work (Nasr p.122).

Metabolites are essential in the plant’s fight against bacteria, fungi, viruses and predators (Swerdlow, p.3) and can also be useful in man’s fight against the same diseases. In fact, a few years ago, British scientists have harnessed metabolites to help in the fight against cancer.

Scientists at the Cancer Research Campaign (CRC) used fragments of the plant hormone indole-3 acetic acid (IAA) in combination with the plant enzyme peroxidase. This mix produced toxic by-products that destroyed cancerous tumors without harming healthy cells. This treatment utilizes a synthetic form of IAA, because this is commercially cheaper and more stable (HCS, p.2).

Peroxidase come from the common-garden horseradish plant, which triggers the release of the toxic by-products of IAA to destroy tumors. The toxic byproduct attacks cancerous cells using antibodies to the tumor cells linked to the enzymes.

This link-up is nothing new to herbalists who know that within the vast world of vegetation, the differing parts of plants tune to specific illnesses and imbalances.

Auxins are the generic name for the group of plant hormones that IAA belongs to. IAA is the only naturally occurring auxin (HCS, p.1). Peroxidase is a perfect catalyst in the breakdown of peroxides. These peroxides help the resistance of plants to disease (Agrobiologicals, p.1).

The CRC scientists used the horseradish enzyme because it is easy to extract, cheap and is well studied. It breaks-down IAA molecules into smaller chemicals which react with other molecules in the body to produce the toxins.

The enzyme comes from the plant root and it’s an oxidizer in chemical tests such as glucose determinations. As an old household remedy, horseradish is good against fevers and influenza, to stimulate the digestive process, to ease colic and halt urinary infections (Hoffman, p.201).

As a vegetable it has been granted, minced and mixed with vinegar, salt etc. to add flavor and make sauces and relishes (Gaertin, p.1). In 1998, the United States Dept. of Agriculture’s (USDA) plant biochemist, Franck Dayan, made chlorines by combining peroxidase and a chemical derivative of chlorophyll in making a cancer drug.

In fact, nearly all healthy cells are transparent to the red light and are unaffected. But the chlorine molecules in the tumor cells are energized by red light and produce free radical oxygen molecules that destroy them,” (Dayan, p.1, 2).

The continued fight against cancer won’t be an easy one, as the cause is still generally unknown. It takes both diseased cells and the failure of the immune system to create a cancer. And once cancer hits the body, doctors can destabilize it by the effect of potential carcinogens on an already unstable body.

However, the legacy of nature that Allah has given us in the form of plant hormones is what may in fact help us treat these diseases more effectively. 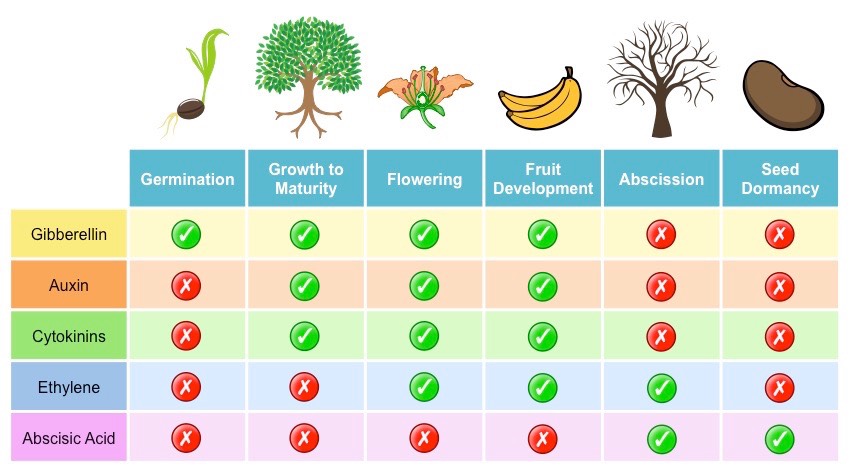