Sigmund Freud said, “Psychoanalysis is not suitable for such diseases as schizophrenia and successful treatment will be found to be biochemical.” Some scientists and physicians, however, seem to have misunderstood the word “biochemical.”

In the 1950’s, painful and typically ineffective insulin injections, barbiturates, morphine, and electro-convulsive therapy were used for schizophrenic patients. Modern medications are also strong and can leave lasting side effects.

Dietary changes that help the schizophrenic are usually focused on eliminating allergies and processed foods from the diet as well as adding foods rich in essential fatty acids, magnesium, Vitamin C, and the B vitamins.

In Healing with Whole Foods, Paul Pitchford states that, in Chinese Medicine, schizophrenia and other mental illnesses are largely caused by an imbalance in the fire (or choleric) element in a person’s body.

Pitchford also states that due to the likelihood of celiac disease (allergy to gluten) in schizophrenics, it is best to avoid glutinous grains such as wheat, rye, barley, and sweet rice.

Dr. Carl Pfeiffer, in his book Nutrition and Mental Illness, describes the use of primarily manganese and zinc in his therapy for the mentally ill, and recommends increasing GLA fats in the body (p. 245). The best sources of GLA are mother’s milk, spirulina, blue-green algae, borage seeds, black currant seeds, and evening primrose seeds.

Prescription for Nutritional Healing lists foods rich in niacin such as broccoli, carrots, corn, eggs, fish, potatoes, and tomatoes, and other foods like tuna, sunflower seeds, peas, halibut, and chicken breast as beneficial in treating schizophrenia.

The authors also recommend avoiding alcohol, since it depletes the body of zinc, and caffeine as it causes the release of unwanted norepinephrine, a stimulating neurotransmitter (Balch and Balch, p. 466).

Some modern therapies for schizophrenics bypass dietary modifications altogether and simply add missing nutrients through supplementation. Abraham Hoffer, MD, Ph.D., author of The New Orthomolecular Nutrition, found that there was an excessive conversion of adrenaline into adrenocrome in schizophrenics.

He later discovered that Vitamin B3, a very important vitamin, is helpful in reversing this problem because it has cerebral vascular and anti-allergy effects, produces a mass action in cellular metabolism, inhibits NADase activity, is antagonistic to schizophrenic toxins, and restores acetycholine esterase activity.

Hoffer’s therapy involved giving patients from one to three grams of niacin a day. He later created a test called the Hoffer-Osmond Diagnosis Test (HOD) that determines if more Vitamin B3 or B6 is needed (p. 163). 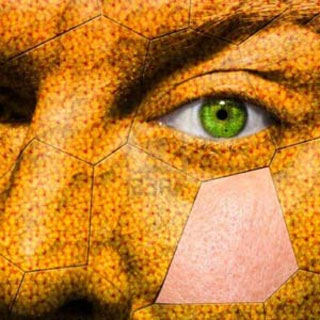 Genetics, early environment, neurobiology, and psychological and social processes appear to be important contributory causes of Schizophrenia; some recreational and prescription drugs appear to cause or worsen symptoms too.

Prescription for Nutritional Healing lists Gingko as helpful (Balch, p. 466), and in Healing with Whole Foods, Pitchford gives the following herbal formula for schizophrenia: one part skullcap, one-half part lobelia, and one part calamus root. Calamus has been used historically in India for schizophrenia (p. 403).

Aromatherapy can be used in conjunction with herbal teas or alone as a therapy for schizophrenia. Valerie Worwood recommends the following essential oil mix in her book The Fragrant Mind:

Nighttime: 8 drops of lavender, 4 drops of lemon, and 3 drops of chamomile Roman.

Not all successful cures are ingested. In fact, music therapy (usually involving humming and creative vocal dialogue) has been found to be one of the most successful cures for mental illness and schizophrenia, discovered (or, more likely, rediscovered) forty years ago when Paul Moses, M.D., an ear and nose specialist, noticed a recurring pattern in his schizophrenic patients – their voices were more rhythmic than melodious. 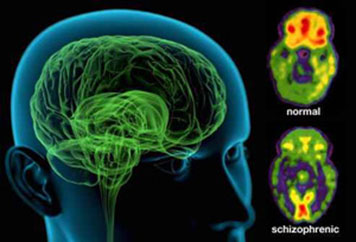 A person diagnosed with schizophrenia may experience hallucinations (most reported are hearing voices), delusions (often bizarre or persecutory in nature), and disorganized thinking and speech.

As patients were introduced to new speaking and humming styles, Moses found that some of their neurotic and psychotic patterns disappeared.

Following up on Moses’ insights, the U.S. Alcohol, Drug Abuse and Mental Health Administration reported the results of a study in which schizophrenics proved less likely to hear hallucinatory voices if they hummed softly.

Another study at UCLA’s research center found that humming the “Mmmmm” sound very quickly resulted in a 59% reduction in auditory hallucinations.

Sleep and addiction therapies are the last and two most obvious solutions in some cases of schizophrenia. A chronic lack of sleep can create symptoms of schizophrenia in almost anyone. Modern work-a-holics and insomniacs consistently get only a few hours of sleep a night.

Many people are not aware that sleep-deprivation was commonly used as a torture technique during the Vietnam War (and probably since the beginning of time) that quickly resulted in schizophrenia in captives, causing them to become so paranoid and delusional that their fear made them give up information to their captors (Hoffer and Walker, p. 162).

Many harmful and addictive substances such as alcohol, marijuana, and other drugs (or any addiction that becomes obsessive) can cause or exacerbate schizophrenia. Addiction and obsession, however, can be symptoms of the disease as well.

Most schizophrenics did not seriously try alternative treatments before turning to medical intervention. While medication can be required in some of the more severe cases, natural solutions are worth researching in milder cases, as they are usually “cures” that uncover the root of the disease and actually heal the person.

On the other hand, most medications for schizophrenia demand a life-long commitment as they do not heal but, rather, they control and mask symptoms. This can be very dangerous for a person who is forgetful or gets tired of taking medication. It would be prudent, for individuals and society at-large, if cures rather than temporary solutions were more often sought.

It was reported by Abu Hurairah that Prophet Muhammad (SAW) said, “Allah never inflicts a disease unless he makes a cure for it….”