About 6,000 types of birth defects are hereditary
aaa

Certainly, Allah is the best of creators and He creates man in a number of unique ways.

He gives an expectant mother a responsibility when He places a “seed” into her “safe lodging.” There are many ways that she can safeguard this new creation. Becoming aware of what causes birth defects and of how to prevent them is one of the best preventive measures a new mother can take.

However, no matter how responsible a woman is in her efforts to prevent birth defects, the final outcome is up to Allah.

The Merck Manual of Medical Care says, “Once mental retardation has occurred, it is usually irreversible” (p. 1,241). The book, Diet and Disease by Cheraskin, notes, “Today, ten times as many children die of congenital malformations as of five contagious diseases once greatly feared” (p. 138).

Franz Rosa, MD, a pediatrician with US’s Food and Drug Administration (FDA) says, “For over 70% of birth defects, the cause is unknown. Most birth defects are not preventable and mothers should not feel guilty about causing defects that they really didn’t. Worrying too much is not good for pregnancies” (Cheraskin, p. 140).

The FDA plays a leading role in trying to create awareness of the factors that contribute to birth defects and of how they might be controlled.

One of the FDA’s main strategies in the prevention of birth defects is making sure that every pregnant woman sees a doctor in her first trimester.

Dr. James Walker, senior lecturer in the Department of Obstetrics and Gynecology at the University of Alabama, says, “Obstetrical care… must start with the birth of the future mother, or even before that with her mother, who is the grandmother of the baby we are discussing” (Cheraskin, p. 130).

In short, mothers have the ultimate responsibility of knowing about what causes birth defects and trying to avoid these things.

Some birth defects are genetic while some are environmental. Some are due to lifestyle practices and diet before conception, but most are due to a combination of factors.

In fact, knowing about all of the ways a fetus can be harmed in the womb makes us appreciate the miracle of birth. 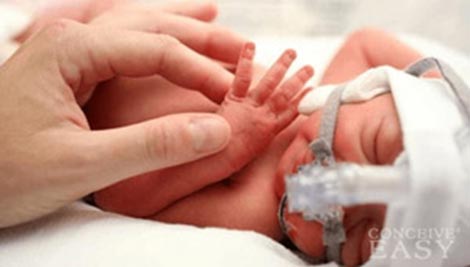 A large number of industrial solvents are known via laboratory testing to be teratogenic to animals. A ten-year study recently reported in the Journal of the American Medical Associationthat it attempted to evaluate pregnancy and fetal outcomes following maternal occupational exposure to organic solvents. The exposed group had 13 offspring with malformation damages; the control group had only one (pp. 814-6).

Mineral lead is especially toxic to humans and animals. Even small amounts have been reported to affect children’s physical and intellectual growth.

Large amounts of lead in a child’s blood have been found to cause brain damage, mental retardation, behavior problems, anemia, liver and kidney damage, hearing loss, hyperactivity, developmental delays, other physical and mental problems, and in extreme cases, death.

Most of the chemicals that a pregnant woman encounters pose little threat compared to the harm in smoking, drinking alcohol, or eating a poor diet.

Keeping an Eye on Nutrition 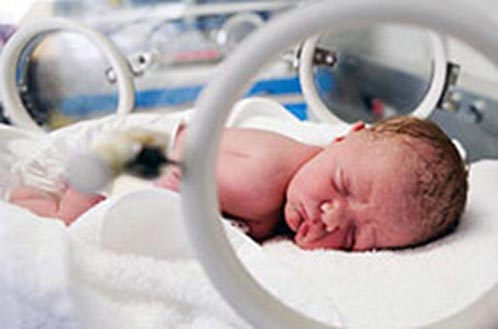 Dr. Cheraskin says in Diet and Disease, “If the contents of the mother’s ovaries have been affected by some serious nutritional disturbances during her own development as a child, good nutrition during pregnancy will certainly not repair the damage done, although poor nutrition will almost certainly worsen it” (p. 122).

In the U.S. alone, the incidence of fetal malformation in women from the lower classes was over twice that of a group from the upper classes.

Almost any nutritional deficiency can cause mental retardation in the fetus; however, there are some nutrients that are considered more important than others.

The Public Health Service strongly recommends that women of childbearing age take steps to consume 0.4 milligrams per day of the vitamin folic acid in order to reduce their risk of having a pregnancy affected by spina bifida or other neural tube disorders (National Center for Health Statistics, p. 1).

For this reason, folic acid has been added to some foods such as enriched breads, pastas, rice, and cereals. Folic acid is much more effective, however, in its natural form which can be found abundantly in citrus fruits, leafy green vegetables, beans, peas, tuna, eggs, and other foods.

Iodine is another crucial nutrient for production of the thyroid hormone, which plays an important role in brain development. Pregnant mothers also need choline and lecithin, both of which directly affect the brain of the developing infant.

Today, dietary intake of these substances is unusually inadequate due to the trend of cutting back on fatty foods such as eggs, organ meats, and other meats that serve as their best sources. Iron-deficiency anemia during the first two trimesters of pregnancy is associated with a three-fold increased risk of delivering a baby with mental retardation.

Some supplements can cause harm. The FDA has issued several recommendations for women of childbearing age to avoid foods, including dietary supplements, that contain a form of Vitamin A called retinyl palmitate (or retinyl acetate) that is commonly added to fortified foods.

Some foods, such as raw or undercooked meat or seafood, are also off-limits to expectant women. They often contain bacteria that can cause severe food poisoning, dangerous for the fetus and very unpleasant for the mother.

Pregnant women are also encouraged to stay away from products that are high in sugar since it removes vital nutrients from the body (especially folic acid and other B-vitamins), and caffeine, which has been implicated in a number of birth defects.

According to the March of Dimes, alcohol rather than coffee is the most common known cause of fetal damage in the country, and the leading cause of preventable mental retardation. The ban on alcohol in Islam seems most wise when one considers the harm it poses to unborn children.

In fact, some studies are exploring the possibility that male consumption of alcohol prior to conception may have an effect on the fetus as well as female consumption before and after conception. Sadly enough, most of the damage from alcohol is done before parents are even aware of the pregnancy, and no one really knows how much alcohol it takes to harm a fetus.

Many fetal alcohol syndrome (FAS) pregnancies are unplanned. In a nationwide campaign to limit the number of babies born with FAS, doctors are now recommending that all women of childbearing years refrain completely from drinking alcohol.

Of all the environmental harms women can control, undoubtedly, the most harmful is smoking. Although there is no evidence that the substances in cigarettes causes birth defects, smoking deprives the fetus of oxygen and leads to a number of problems.

Finally, about 6,000 kinds of birth defects, such as sickle cell anemia and Tay-sachs disease, are simply inherited. They are usually triggered when a child inherits a matching pair of disease-causing genes, one from each parent.

The only way to prevent these is for prospective partners to have blood tests to determine whether such traits are present, preferably before marriage and definitely before conception.