Bimaristan: Islamic medieval hospitals | The bimaristan was, in short, the cradle of Islamic medicine and the prototype upon which the modern hospital is based.
aaa

Medieval Islamic civilization focused a great deal of attention on developing the medical arts. A key aspect was the development of hospitals and medical schools throughout the period. A hospital got the name ‘bimaristan’ meaning ‘asylum of the sick’.

Medical practitioners saw the bimaristan as an institution devoted to the promotion of health, and the expansion of medical knowledge.

There, senior physicians taught the students medical techniques. Students learnt how to fully apply their knowledge when dealing with their patients. Hospitals set examinations for their students, and issued diplomas.

The bimaristan was the cradle of Islamic medicine. It was the prototype of the modern hospitals. These institutions weren’t only critical to the dissemination of medical learning. But they also formed the basis for hospitals and medical schools as we know them today.

By the 11th century there were even traveling clinics from these hospitals. These clinics brought medical care to those too distant or too sick to come to the hospitals themselves. Early Islamic medical facilities had several types like mobile dispensaries, first aid centers and permanent hospitals. 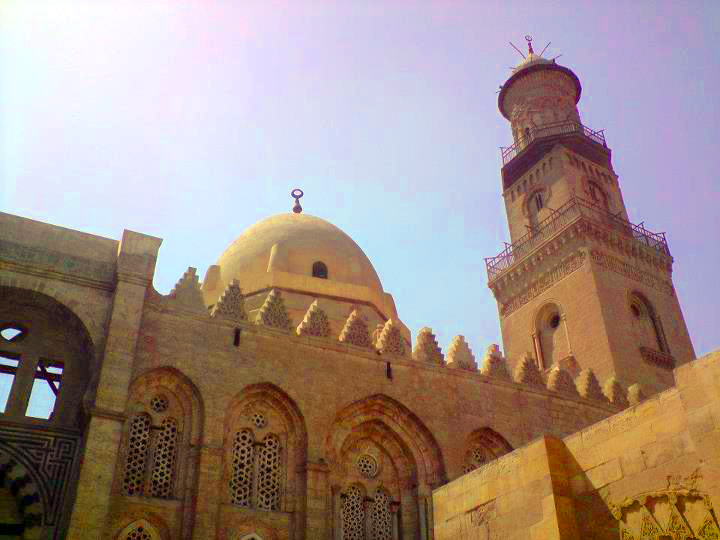 The idea of a mobile dispensary dates back to the time of the Prophet Muhammad (SAWS).

During the Ghazwah Khandaq (the Battle of the Ditch) Muslims erected a separate tent for medical tasks.

When Sa’id bin Mu’az was wounded and one of the blood vessels in his arm was injured, the Prophet ordered that he should be kept in the tent so that he could personally look after him.

Later caliphs and rulers developed and extended these “MASH” units into true traveling dispensaries complete with doctors and pharmacists. Their mission was to meet the needs of outlying communities that were far from the major cities.

By the reign of the Seljuq Turkish Sultan Mohammed Saljuqi, the mobile hospital had become so extensive. The equipment needed 40 camels to transport it.

Waleed bin Abd-al Malik constructed the first Muslim hospital, a leprosarium. Physicians appointed to this hospital were provided with large properties and salaries. Patients were essentially confined to the facility. That’s because of the contagious nature of their disease. However, they were granted stipends (just as the blind received) in order to care for their families.

Harun al-Rashid established the first general hospital, in the modern sense of the term, in Baghdad in about 805. Within a decade or two, 34 more hospitals had sprung up throughout the Islamic world, and the number grew with each passing year.

In Andalusia or modern-day Spain, the city of Cordoba alone had 50 major hospitals. Some of those hospitals were special for military injuries. These doctors supplemented the special doctors who were attending to the caliphs, the military commanders, and the nobles.

There were also separate hospitals for prisoners. A doctor examined the prisoners every day and they were provided with the necessary facilities for treatment.

The Wazir ‘Ali bin Isa bin Jarah bin Thabit wrote to the chief medical officer of Baghdad saying that, “I am very much worried about the prisoners. Their large numbers and the condition of prisons make it certain that there must be many ailing persons among them. Therefore, I am of the opinion that they must have their own doctors who should examine them every day and give them, where necessary, medicines and decoctions. Such doctors should visit all prisons and treat the sick prisoners there.”

Other hospitals were open to all who needed them on a 24-hour basis. Some only saw men or women, while others cared for both in separate wings, but with duplicate facilities and resources. Hospitals had various departments including: systemic diseases, ophthalmology, surgery, orthopedics and mental diseases.

The department of systemic diseases, equivalent to the modern department of internal medicine, usually had subsections dealing with fevers and digestive troubles. Larger hospitals had more departments and different subspecialties.

Every department had an officer-in-charge and a presiding officer, in addition to a supervising specialist. There was a superintendent, “a sa’ur”, who was responsible for overseeing the management of the entire institution.

Hospitals were staffed with a sanitary inspector who was responsible for assuring that cleanliness and hygienic practices were maintained. In addition, there were accountants and other administrative staff to assure that hospital conditions — financial and otherwise — met established standards.

Physicians worked fixed hours during which they saw the patients that came to their departments. Every hospital had its own staff of licensed pharmacists (Saydalani) and nurses. Law has firmly fixed medical staff salaries and there were compensation at a high rate.

Hospitals, like all medical care, were free and available to all — rich or poor; foreigner or resident; commoner or noble person. Inpatients wore special hospital clothes from a central supply area while they kept their own clothes in the hospital store.

If a patient goes to the hospital ward, he would find a bed with clean sheets was ready for him. The course of treatment prescribed by the doctor began immediately upon arrival and the hospital rooms and wards were neat and tidy with an abundant supply of water.

Doctors gave the patients fixed diets, depending on their condition and disease. The criterion of sound health (following recovery from illness) was that the patient was able to ingest an amount of bread, normally taken by a perfectly healthy person, with the roasted meat of a whole bird at one time.

If he could easily digest it, doctors considered him healthy and they release him. If doctors considered patients too weak to discharge, they transferred them to the convalescent ward until they were healthy enough to leave. Whereas, the hospital gave applicable (e.g. the poor), patients wnew clothes along with a grant of money to aid them in establishing a livelihood. 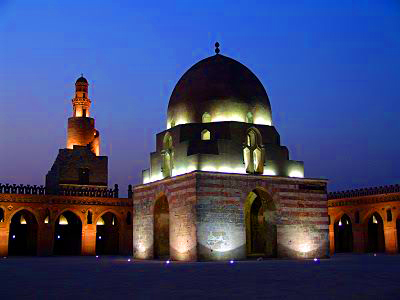 Egypt’s Ibn Tulun Hospital had a library comprising one hundred thousand books on various branches of medical science in the 14th century, at a time when Europe’s largest library, at the University of Paris, consisted of a mere 400 volumes.

In addition to the permanent hospitals discussed above, cities and major towns also had first aid centers. These acute care centers were typically at busy public places, such as large mosques. Maqrizi described one such facility in Cairo saying, “Ibn-e-Tulun, when he built his world-famous mosque in Egypt, at one end of it there was a place for ablutions and a dispensary also as annexes.

On Fridays there used to be a doctor on duty there so that he might attend immediately to any casualties on the occasion of this mammoth gathering.”

One of the major roles of the hospitals was the training of physicians. Each hospital had a large lecture theater where students, along with senior physicians and the senior medical officers, would meet and discuss medical problems…seminar style. As training progressed, medical students would accompany senior physicians to the wards and participate in patient care, much like a modern day residency.

Training culminated in the application for a license to practice medicine. Candidates had to appear before the region’s government appointed chief medical officer. The first step required writing a treatise on the subject in which the candidate wanted to obtain a certificate of proficiency. The treatise could be an original piece of research or a commentary on existing texts, such as those of Hippocrates, Galen and, after the 11th century, those of Ibn Sina.

Candidates were encouraged to carefully examine these earlier works for errors. This emphasis on empiricism and observation, rather than a slavish adherence to authorities, was one of the keystones of the medieval Islamic intellectual ferment.

Upon completion of the treatise, the candidate was interviewed at length by the chief medical officer and questioned on all the relevant problems of his prospective specialty. If he succeeded in giving satisfactory answers he was licensed to practice medicine.

Another key aspect to the hospital, and of critical importance to both students and teachers, was the presence of extensive medical libraries.

Egypt’s Ibn Tulun Hospital had a library comprising of one hundred thousand books on various branches of medical science in the 14th century, at a time when Europe’s largest library, at the University of Paris, consisted of a mere 400 volumes.