Muslim women | Exercise is the miracle cure we've always had, but for too long we've neglected to take our recommended dose.
aaa

Though health experts recommend physical exercise for women to maintain their physique better and healthy, lack of resources, rigid culture and traditions confine women to their houses so they avoid worthy exercise.

With lack of physical activities among females in daily life, most of house wives suffer from various incurable diseases, doctor says.

“I am overweight and feel lazy with stopping my physical exercise after marriage. I used to do regular walk in the past in my parent‘s house at the village but here, in my husband’s  house, I don’t have much time to continue my exercise because of my family responsibilities” while talking about the importance of physical exercise in routine life, Mrs. Ilyas, a young woman of thirty said.

She complained that there is no sports club or gym for women in her whole district. She added that being a house wife most of time, she is either busy in household chores or in taking care of her two kids, adding that she tries to manage walking which is, of course, not that much effective in a small house.

Ms. Hamida, a teacher by profession, though over forty, is still very active and smart. She said that the only secret for her healthy physique and smartness is doing regular physical exercise. “I start my day with a 20 minutes’ physical exercise after offering my morning prayer. In the evening I walk for 45 minutes on my treadmill throughout the week” she mentioned.

Besides, she also has a lot of care for her diet. “I do all this struggle just to avoid problems like high cholesterol level, joints problem, diabetes, heart problems; which are very common among women at her age” she said. 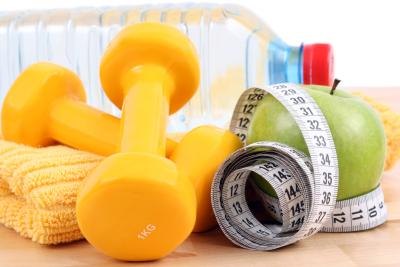 Ms. Amna Bibi, Director of Physical Education at a governmental girls degree collage Takht-Bhai, said that the current government has started several sports campaigns to promote sports in the country.

She said the government organizes national tournaments in the whole country which includes swimming, athletics, shooting, badminton, volleyball, and netball, adding that players from across the country participate in these games.

“The district sports officer organizes Sports Gala for both male and female educational institutions across the district. A large number of students participate in these events and prizes are distributed among the winners on the annual prize distribution day” she explained.

She added that Sports Gala at the level of under 16 is also organized in which players from high and higher secondary schools of the district participate.

Apart from the government, various non-governmental organizations (NGOs) also work enthusiastically across the province for the promotion of sports. One such NGO is “Right to Play” which sends its trainers to various schools and colleges to train the students in different games for at least one or two months.

The organization also helps the concerned schools and colleges in constructing such playgrounds and courts which aren’t possible to be constructed with the government’s budget.

“Societal norms don’t allow women to carry out physical exercise and sports activities in open areas. Most  people are below poverty line, that’s why they have small houses so women of these houses can neither conduct exercise at home nor at public places” Bibi said.

“Though the provincial government and the NGOs try to drag the attention of females towards sports and exercise, financial problems and cultural obstacles stop them from participating in sports activities. The government doesn’t show interest in constructing separate playgrounds, walking tracks, gyms and sports clubs for women in the country,” Hamida said, while explaining the apathy of the government towards sports and physical activities’ facilities in the province.

Dr. Qayyum Khan, an orthopedic surgeon at Tehsil Head Quarter Hospital, Takht-Bhai, said that women are more vulnerable to obesity as compared to men and that is why physical exercise is more important for ladies.

“In this region, most house wives don’t take care of their physical activities so they suffer from high blood pressure, cardiovascular diseases, diabetes and osteoporosis in old age. Some females have backache in young age due to lack of physical exercise,” he mentioned.

Dr. Qayyum said that it also increases the ability of human beings to complete their daily tasks easily. “In our society, most people, especially women, are facing mental stress, depression and anxiety. If they have regular exercise they will get rid of such diseases. Physical exercise also increases mental performance and work productivity,” he said.

This article was first published in 2015 and is currently republished for its relevance.