The Organisation of Islamic Cooperation’s (OIC) Islamic Advisory Group for Polio Eradication (IAG) is working on eradicating polio in the last two countries that harbor the virus: Pakistan and Afghanistan.

At its third annual meeting on July 27, 2016 at the Islamic Development Bank (IsDB), the IAG announced its official support for the remaining vaccination initiatives in both neighboring countries. Polio eradication faced some difficulties in a few OIC countries because of ignorance and misperceptions.

The IAG meeting’s statement said that it “reiterates its trust in the safety and effectiveness of polio and other routine childhood vaccinations as a life-saving tool which protects children; and acknowledges that it fully conforms to Islamic rulings.” The statement also focused on the religious obligation to vaccinate children for the sake of raising healthy Muslim societies.

During his speech, Dr. Saleh bin Abdallah bin Humaid, council president of the International Islamic Fiqh Academy (IIFA) said, “Prophet Mohammed (peace be upon him) encouraged Muslims to seek treatment: ‘O worshippers of God, for God did not send down an illness except having sent down a medicine for it, apart from aging.’” 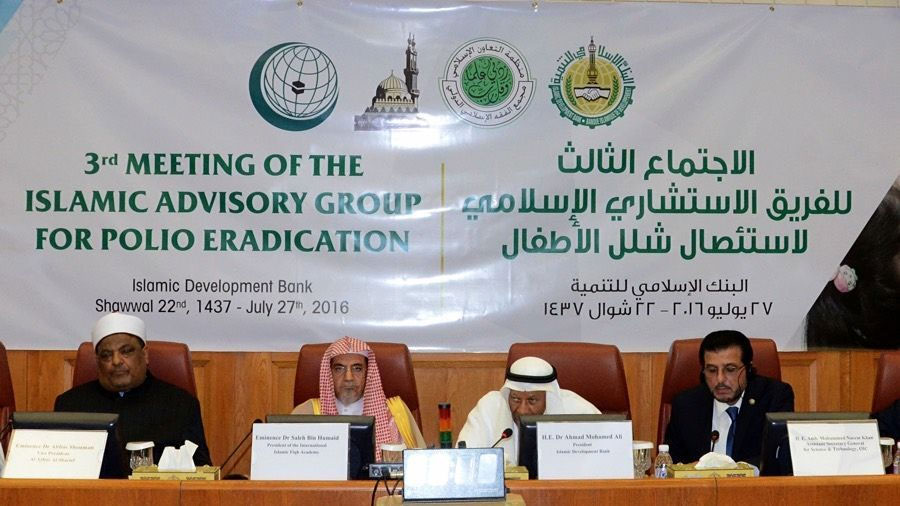 The IAG was launched in 2013 jointly by the OIC, IIFA, IsDB, and Al-Azhar Al Sharif of Egypt. The deputy of Al-Azhar AlSharif, Dr. Abbas Shouman, who attended the meeting, believes that misperceptions around polio vaccination occur due to some non-mainstream fatwas.

“It is the duty of Al-Azhar Al-Sharif to explain the truth to people and to clarify facts. Through its many awareness programs, it needs to explain that vaccination as a form of preventive treatment against disease is a manifestation of the purposes behind Islamic law that aim to protect lives and offspring,” said Shouman.

The World Health Organization’s regional director for the Eastern Mediterranean, Dr. Ala Alwan, also attended the meeting and said the IAG had played a positive role in the process of ending polio in Pakistan, which he visited in June 2016.

“The impact of your work was evidenced through the positive contribution of the National Islamic Advisory Group (NIAG) in Pakistan at the national and provincial levels and down to Union Council and community level through its engagement with the local religious scholars in giving support and protection to the frontline health workers,” he said.

Dr. Ahmad Mohamed Ali, president of the IsDB, added, “[The IsDB] provided … US$100 million of funds to support the efforts of the Pakistani government and the partners to eradicate polio by the end of 2018, with the Will of Allah.” 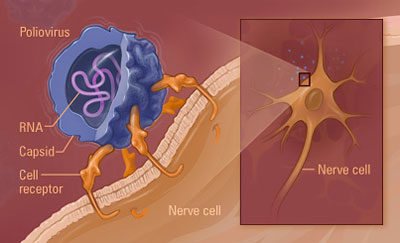 Ali urged the IAG and OIC organizations to coordinate with WHO and other international bodies to transfer their experience in polio eradication to other emergency and epidemic situations, particularly in Africa where nearly half of the Muslim countries are located.

The IAG reflected this recommendation in its meeting statement by saying there was a “need for this group to promote and influence better health outcomes for families, particularly mothers and children, and commit to expanding the scope of this group to address other key mother and child health interventions.”

If polio is eradicated, it will only be the second time in human history for a communicable disease to be eradicated through human effort. The first and only previous success was with smallpox, which was eradicated in 1980 after a global WHO vaccination campaign.