It can be hard to understand the ingredients on prepackaged foods these days, which makes it a challenge to decipher their effects on our bodies. One such ingredient is high-fructose corn syrup.

High-fructose corn syrup has been around since the 1970s, showing up in a variety of foods and beverages. In simple terms, it is derived from corn and is composed of between 42–55 percent fructose, with the rest being glucose or other higher sugars. Not only does it sweeten food at a level comparable with table sugar, but it also keeps products fresh as it maintains its moisture.

Although it shows up in a vast amount of products on supermarket shelves, some food items are now boasting that they are free of high-fructose corn syrup. This seems to imply that it poses some harm to the body, but just what kind of harm? 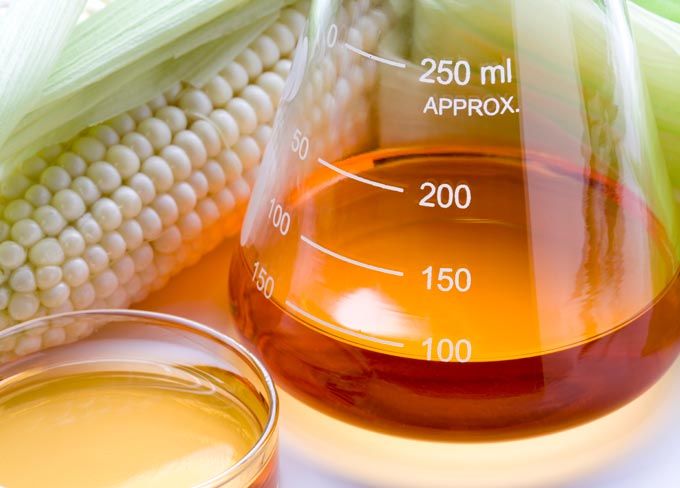 Diabetes and metabolism issues. Recent studies are now pointing a finger at high-fructose corn syrup, indicating that large amounts of it can start to have an effect on metabolism, which puts people at the risk of diabetes. Basically, fructose uses up the body’s adenosine-5-triphosphate (known as ATP). When ATP is used up, many body functions begin to lag. Small amounts of high-fructose corn syrup are not too harsh on the body, but too much of it can deplete the ATP and stress the body out. This stress causes the body to begin resisting insulin, which in turn can cause type 2 diabetes .

One of the more common ways people come in contact with high-fructose corn syrup is via soft drinks. The Framingham Heart Study (a project of the National Heart, Lung, and Blood Institute and of Boston University) revealed that those who drank at least one soft drink a day were at a higher risk of developing metabolism issues when compared with those who did not have a soft drink. The Nurses’ Health Study (One of the largest and longest running investigations of factors that influence women’s health) conducted a study, which also showed that women who had one or more sugary drinks daily were more likely to become diabetic than those who did not consume the drinks.

High blood pressure. Another concern surrounding high-fructose corn syrup is that it may raise blood pressure. Dr. Diana Jalal, an assistant professor of medicine at the University of Colorado, conducted a study that found that even when blood pressure is normally healthy, the sweetener can still drive it up. Jalal’s study found that a daily intake of 74 gram or more was linked to a 36 percent risk increase of having a blood pressure of 140/90 or higher. The ideal blood pressure should be somewhere below 120/80.

The reason behind the increase in blood pressure was not definitive. However, Jalal speculates that fructose decreases the amount of the nitric oxide produced, which is responsible for relaxing vessels thereby lowering blood pressure. Fructose can also potentially send a signal to the kidneys to reserve more salt, which in turn can cause high blood pressure.

Fatty liver disease. Another study was conducted, this one by Saint Louis University, in order to be presented at the Digestive Diseases Week meeting. The study involved a group of mice that were gathered and allowed to eat whenever they wanted. They were not forced to eat. The intention was to mimic the American lifestyle in terms of diet. The mice were fed a diet that was high in high-fructose corn syrup, roughly equivalent to eight cans of soda a day in a human diet.

The study showed that the diet, along with an inactive lifestyle led to fatty liver disease in the mice. There was also a reason to believe that the fructose caused the mice to have a decrease feeling in fullness. In adults this means eating more. The study was worrisome in that its results are already seen in American children. One out of every eight children in America suffers from fatty liver disease, according to Brent Tetri, MD, a professor at Saint Louis University. The promising factor is that the damage can be reversible with a switch to a healthier diet and lifestyle.

The Food and Drug Administration, also known as the FDA, is known as the regulating body in the United States that ensures that consumers are protected from harmful food and drugs. The FDA predicts that high-fructose corn syrup will increase in production and will continue to replace sucrose and invert sugar, which is a mixture of glucose and fructose. This is largely said to be due to its cost as it is found to be cheaper.

They also state that, “There is no evidence that such replacement, per se, would have an adverse effect on public health.” They do go on to state, however, that “It is not possible to determine without additional data, whether an increase in consumption-that would result if there were a significant increase in the total of corn sugar, corn syrup, invert sugar and sucrose added to foods-would constitute a dietary hazard”.

With the concerns surrounding high-fructose corn syrup, consumers may be led to limit their consumption of products containing the ingredient. Limiting foods that are processed as well as foods with added sugar can help.

It seems as though with the widespread use of high-fructose corn syrup, it can be a difficult ingredient to avoid. However, with its links to negative impact on health, moderation in the intake of this ingredient seems to be advisable. 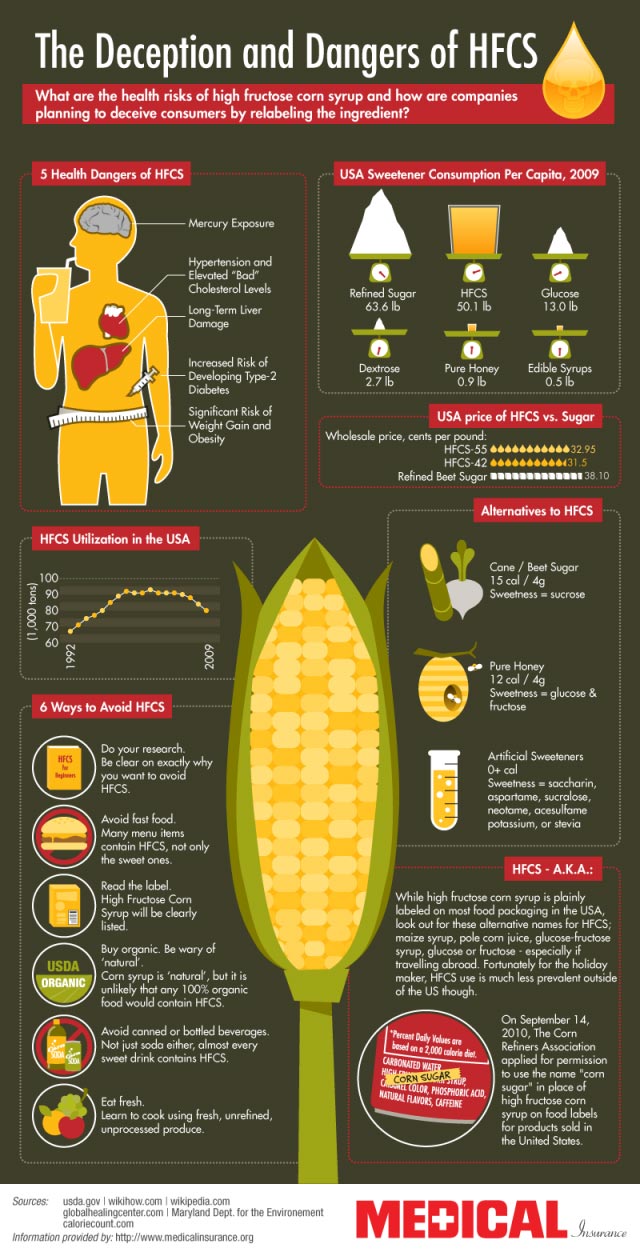