According to the World Hepatitis Alliance, globally, one in every 12 people is living with hepatitis, and the majority of those infected are unaware of their status.

Ironically, despite its higher occurrence rate, not much is known by the general public about this disease when compared with less prevalent diseases such as cancer and AIDS.

For a disease that claims an approximated 1.5 million lives annually, hepatitis certainly deserves much more attention than it is presently getting.

Hepatitis simply means inflammation of the liver and it can be caused by various types of hepatitis viruses that lead to the destruction of liver tissue. There are seven known types of viral hepatitis, and their causes, symptoms and cures vary. Hepatitis A virus (HAV) is the most common cause of viral hepatitis and can be found in the feces of those infected. (Magee)

Many people become infected with HAV by eating or drinking contaminated food or drink, and it is a popular disease in developing countries where sanitation and sewage infrastructure is poor. Hepatitis A is the cause of approximately 100 deaths per year in America (HFI).

Hepatitis B is a type of liver inflammation caused by the hepatitis B virus (HBV) that triggers medical complications such as cirrhosis (scarring of the liver), and in some people liver cancer. If left untreated, this disease can lead to chronic long-term illness.

According to Jodie Walton, the health promotion officer at Queensland’s Hepatitis Council in Australia, “Hepatitis B and C are chronic health conditions that can cause long term health problems. Other strains D, E, F are less likely to cause any major health problems.” 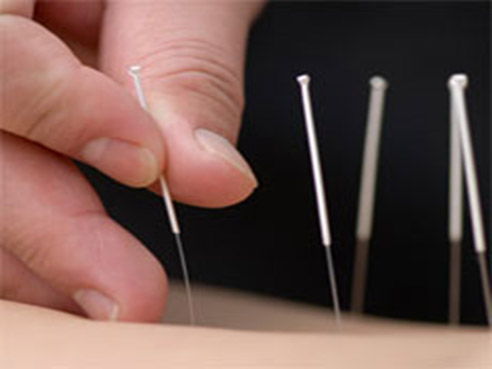 People are more likely to get the virus if they receive unsterile body piercings, tattoos or even the increasingly utilized acupuncture.

Discussing the forthcoming World Hepatitis Day event, she explained to Aboutislam.net that even Hepatitis A, which is a short-term disease, has the potential to cause severe sickness. While adults who are infected usually recover, most infants infected at birth become chronic carriers and even spread the infection (WHO).

Both HAV and HBV are regarded as sexually transmitted diseases (STD) as they can also be transmitted via unprotected sex with an infected person.

Hepatitis C is perhaps the most worrisome viral hepatitis because there is no known vaccine for it. “Vaccination research is being conducted for hepatitis C, but it is unlikely that we will ever get a vaccination for hepatitis C that is as effective as the hepatitis B vaccine,” said Walton.

For a disease that can affect virtually anyone, it is definitely important to be aware of its various modes of transmission in order to avoid it. “Anyone can be affected by hepatitis; we see young and old people, male and female, affected by it from all walks of life,” she explained.

Just like AIDS, hepatitis is often spread through blood contact. People are more likely toآ become infected withآ the virus if they receive unsterile body piercings, tattoos or even the increasingly utilized acupuncture. Sharing contaminated needles or other drug injecting paraphernalia can also lead to infection, as can blood and blood product transfusions in countries where blood is not carefully screened for blood-borne viruses.

Apart from such generic causes, hepatitis B can also spread from infected mothers to their children during pregnancy or childbirth. While it is possible to avoid these modes of transmission, it is rather unfortunate that not all types of hepatitis are preventable, although they can still be managed if detected early enough.

Another form of hepatitis that is not caused by a virus is autoimmune hepatitis, a form of hepatitis that occurs when the body’s immune system, which is supposed to protect it from pathogens, begins to attack liver cells, thereby, causing inflammation of the liver. The majority of such patients are women, and the disease can last for a long period if not detected and treated early on. (NDDICa)

One major problem with combating hepatitis is that many times, it appears with mild symptoms, which can be easily ignored. In some cases, there are no symptoms at all and this accounts for the large number of people who are infected with the disease rather unknowingly and live normal lives, or so it seems.

However, when symptoms are apparent, they are similar in most types of viral hepatitis. Some of the most common symptoms include: nausea, vomiting, diarrhea, loss of appetite, weight loss, itchy skin, jaundice and abdominal pain. In autoimmune hepatitis, skin rashes, joint pain and the appearance of abnormal blood vessels on the skin may also be observed.

“Prevention is better than cure,” is a very popular axiom in medical circles, and this also applies to dealing with hepatitis. By avoiding the common mediums of transmission i.e. exposure to blood or body fluids of infected persons, the chances of infection are drastically reduced. “To prevent hepatitis C, never share blood and never share drug injecting equipment,” warned Walton.

Adopting a decent lifestyle, devoid of indiscriminate sex will also lower the chances of infection. It is interesting to note that not all types of hepatitis require serious medical attention.

Hepatitis A and E are likely to resolve on their own without medical intervention within a period of 2-4 months and once the immune system effectively fights off HAV, the person becomes permanently immune to it (NDDICb). This is in addition to the fact that Hepatitis A immunization, administered through a series of injections can prevent an infection for up to 10 years.

Similarly, vaccines are available to protect people against hepatitis B, and it is essential that all newborns of hepatitis B infected mothers be immunized against the virus at the time of birth. There are no vaccines available for hepatitis C, D or E, and limiting exposure to the viruses ultimately provides the best form of protection.

For people who have previously been exposed to any of the likely transmission modes, it is necessary to visit a doctor for comprehensive tests in order to ascertain their condition and if needed to get prompt medical attention before it is too late. 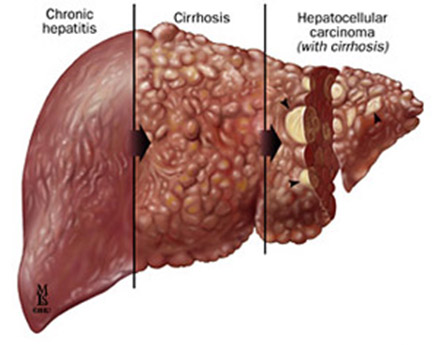 It is commonly said that ignorance is a disease of its own, and widespread ignorance regarding hepatitis is one of the major factors militating against the control of this potential time bomb. It is amazing that some people still believe it can be transmitted through physical contact with an infected person. “Hepatitis B or C cannot be spread through touching, hugging, kissing, sharing food, or bathrooms,” affirmed Walton.

“Unfortunately, many people tell us they experience stigma. Hepatitis is just a chronic health condition like many others such as diabetes or asthma, not a reason to fear someone or treat them differently,” she added. If people are stigmatized they become isolated, irritable, and depressed, so it is very important for people with hepatitis to get appropriate support.

The Hepatitis Foundation International revealed that the hepatitis B virus is 100 times more infectious than HIV (the AIDS causing virus), and an estimated 350 million people are infected globally. Despite its high prevalence, not much attention is being given to it when compared with less prevalent diseases such as AIDS and cancer that enjoy lots of publicity.

“In Australia, we have had large campaigns surrounding HIV/AIDS and cancer. The community has a good understanding of these health conditions; they have also been well funded by governments around the world,” noted Walton.

“Hepatitis is just beginning to change from a stigmatized disease to a chronic health condition needing just as much care and attention,” she added.

Speaking further on the issue, she confirmed that the situation is getting brighter as a result of the collective efforts of various international movements, though there is still a long way to go if the present alarming infection rate is to be reduced.

With researchers still working hard to come up with effective treatment options for patients, the best thing people can do is to get educated about hepatitis and learn how to prevent its transmission.

For those already infected, their situation is quite redeemable. “We advise all people affected by hepatitis to avoid contact with alcohol, which is highly toxic to the liver; get regular exercise; eat a healthy diet and avoid stress. If people do these things they can manage their hepatitis and live well,” assured Walton.