Most studies base their findings on the typical Asian consumption of green tea of three cups a day. Also, it should be mentioned that in Asia, traditionally the same tea leaves are reused.

Some herbalists and nutritionists believe that this aids in rehydrating the body, as green tea can have a slightly dehydrating effect.

According to Mateljan, studies have shown that green tea may be beneficial in a number of conditions such as: multiple sclerosis, cancer, alzheimer’s disease, parkinson’s diseases, rheumatoid arthritis, cardiovascular diseases, and impaired immune function.

Furthermore, other evident benefits that it: reduces the level of cholesterol in the blood, and improves the ratio of good cholesterol to bad cholesterol.

Scientists found that it assists in recovery after a heart attack, besides helping in minimizing brain damage after a stroke. It improves the effectiveness of cancer drugs while reducing their side effects, improves insulin sensitivity in adult onset diabetes (Type II), builds bones, protects liver from harmful substances, and increases exercise endurance.

Amazingly, a 2006 Japanese study found that women who consumed 3 to 5 cups of green tea a day enjoyed a 23% lowered risk of dying from any cause, while men enjoyed a 12% lowered risk. (Kuriyama et al). 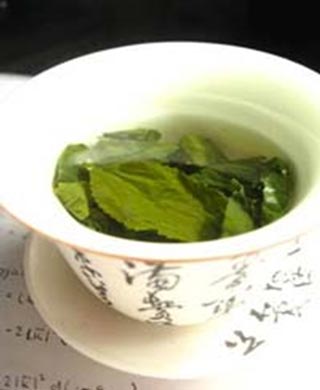 Both flavonoids and EGCG are anti-oxidants and they promote health by scavenging for free radicals before they can cause damage to the body.

EGCG is believed to be responsible for green tea’s cancer preventing abilities. One cup of green tea provides 20-35 mg of EGCG. (Mateljan).

Is Green Tea for Every One?

Green tea contains caffeine, although less then coffee. The gunpowder varieties of green tea are high in caffeine, so if you are sensitive to caffeine, be sure to select a green tea with the least amount of caffeine. You can also brew the tea for less time.

There are some conditions and situations in which you would not want to drink green tea. The tannins found in green tea (which make it taste bitter) can decrease the absorption of certain drugs, causing them to be less effective.

The caffeine in green tea can also cause an increase in absorption of certain drugs, causing the dose amount to be increased.

Therefore, green tea can prove to be dangerous if you are taking drugs containing ephedrine, pseudoephedrine, or theophylline.

Women who drink large amounts of green tea right before or during pregnancy increase the risk of their baby being born with spina bifida or other neural tube disorders associated with folic acid deficiency, due to green tea’s ability to decrease folic acid levels.

Also, if you are anemic or prone to iron deficiency, you should limit your intake of green tea to one cup a day due to green tea’s ability to interfere with iron absorption.

How to Select the Best Green Tea 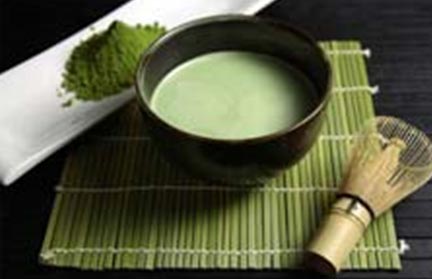 China boasts the largest variety of green teas ranging from the Gunpowder variety to the award winning Pan Long Yin Hao, for its complex brew of multiple flavors.

There are various types of green tea. The most notable differences are the teas from Japan, China and India.

The world’s first organic green tea was produced in India. There is no clear agreement as to which green tea is the best.

The different varieties found in these three countries are like all foods and are enjoyed for many factors. The teas from India, most notably from Darjeeling, are noted for its robust flavor, while still being light. The best Chinese tea is thought to be harvested during the early spring.

China boasts the largest variety of green teas ranging from the Gunpowder variety to the award winning Pan Long Yin Hao, for its complex brew of multiple flavors.

In Japan, the best teas are those coming from Shizuoka and Uji. Sencha is the most common green tea in Japan and is high in vitamin C and has is slightly bitter and astringent (drying) in taste.

I prefer my green tea to be less astringent, with a light and sweet taste. I also prefer organic green tea, especially when it is grown in China.

This criteria means I usually go with an Indian Darjeeling tea. The nutritional content of the green tea will vary according to growing conditions.

There are also alcohol-free extracts as well as supplements available for those who are interested in a standardized form of green tea, usually used for medicinal purposes to treat a particular disease.

However, a nicely brewed cup of green tea is the best form of prevention.

How to Brew a Cup of Green Tea

Avoid using tap or distilled water. Instead use a spring or filtered water. You never want to use boiling water to pour over your green tea.

Allow it to just come to a boil (when bubbles begin to form at the bottom of the kettle or pan). Let the tea seep for 30 seconds to one minute.

Darjeeling and Nilgiri teas may take up to a few minutes to brew while Chinese Dragonwell can take up to seven minutes to infuse.

The most important thing to remember is to select a tea that you enjoy and remember green tea is not a replacement for water.

Before starting any program check with your doctor or health care practitioner.