Having nice hair is considered an essential attribute of being a woman. It's a huge problem for any woman to experience hair loss."
aaa

Having nice hair is considered an attribute of being a beautiful person. It’s a huge problem for anyone to experience hair loss. Let’s try to solve that.

Whether it’s shedding, thinning, patching or outright baldness, the mere thought of losing hair is enough to send shivers down the spine of any woman.

“The impact of hair loss is demonstrated to doctors when a woman with several children and one who has dealt with many of life’s difficulties breaks down (crying) while discussing her hair loss,” noted Dr. William Parsley, the president of the International Society of Hair Restoration Surgery (ISHRS), to Aboutislam.

It is instructive that while some men don’t mind going bald, there is hardly any woman who feels this way. “Having nice hair is considered an essential attribute of being a woman. It’s a huge problem for any woman to experience hair loss,” explained Dr. Jerry Cooley, the director of the Carolina Dermatology Hair Center in the US, to Aboutislam.

It is often said that people don’t appreciate the things they have until they lose them, and more than a few hair loss victims can testify to this. Quite unfortunately though, the larger community doesn’t seem to pay much attention to their predicament and this appears to compound the problem.

TV personality and renowned dermatologist Dr. Tess Mauricio feels the emotional impact of hair loss in women is under-estimated. “Women are attached to their hair; hair loss affects women, it affects their self-esteem and quality of life,” she told Aboutislam.

It is thus understandable that many women are willing to pay any price to keep the hair on their heads, or to replace lost hair. Based on recent statistics, over 50% of women over the age of 40 and as many as 75% over the age of 65 are likely to experience hair loss. Even teenagers are not exempt from this induced problem. (Macnair)

One Problem, Many Sources 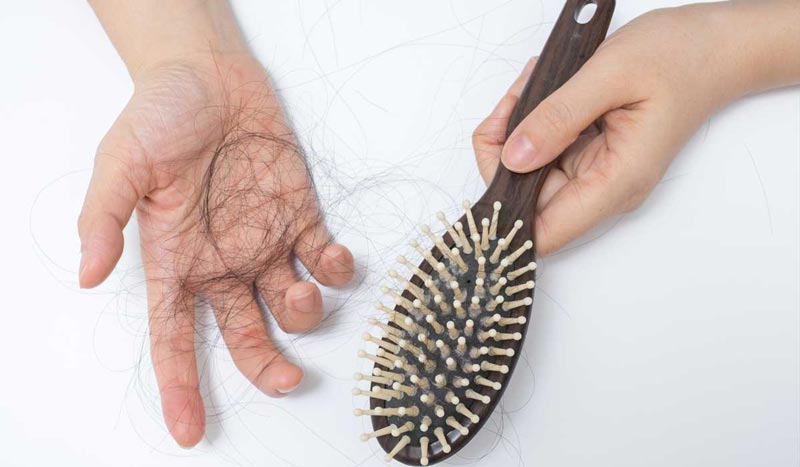 Parsley says that the causes of hair loss are so many that they could fill a textbook. “Almost any severe debilitating disease can cause hair loss,” he said.

Yet, the leading cause has been identified as female pattern loss. Also known as androgenetic alopecia or female pattern alopecia, this category is rather broad, containing normal female hair loss as well as hair loss caused by varying degrees of hormonal imbalance.

“All women have some male type hormones (androgens); if there is an increased amount of these hormones then the woman can have hair loss like common female pattern hair loss or one of the male type loss patterns,” he explained.

This type of hair loss occurs when the androgens are converted, by the action of an enzyme, into a chemical known as dihydrotestosterone (DHT). If a woman has a lot of this enzyme, her body will produce excess DHT which causes the hair follicles to become thinner until they close up completely. (Macnair)

Cooley, has handled many cases of hair loss and is familiar with the perceptions of people of this ailment. “One popular myth, that is untrue, is that the trait is only passed on from the maternal grandfather. It can be inherited from either the maternal or paternal side of the family, or even both,” he told Aboutislam.

Another prominent type of female hair loss is what is known as Telogen effluvium or shedding. Unlike the former, which is inherited, shedding can be triggered by many causes including nutritional, drug-associated, or stress associated factors. This shedding usually occurs as a reaction to intense stress on the body’s physical or hormonal systems, or even as a reaction to medication. (Macnair)

“Anything that causes stress can lead to hair loss. Also, the change in hormones due to pregnancy can cause temporary hair shedding,” said Cooley. He added that frequent consumption of processed, nutrient poor foods might be a contributing factor to this feminine riddle that troubles the minds of all its victims.

Some medications such as blood thinners, birth control pills and antidepressants, as well as chemotherapy for treating cancers all have the ability to cause hair loss. (American Academy of Family Physicians)

A condition called alopecia areata is another major cause of hair loss in women. This autoimmune disease occurs when the hair follicles become attacked by the body’s own white blood cells (cells that usually defend the body against pathogens).

The follicles become very small, thereby, slowing down the hair production process. The hair loss in this case is patchy, and the precise reason for its occurrence is not particularly known. (Reichman)

Fungal and bacterial infections can also cause patchy hair loss. Elaborating further on this thorny issue, Cooley emphasizes that any disease such as many sclerosis or thyroid imbalance that puts stress on an individual, or affects the hair follicle can lead to hair loss.

Quite unlike its variant that affects men, female hair loss has limited treatment options.

Like many other fields of medicine, finding a permanent cure for female hair loss is indeed a tall order. “Even though we can identify causative or triggering factors, we don’t understand exactly how these cause the hair loss. Thus, a cure is difficult until we understand the mechanisms of hair loss better,” explained Cooley.

Quite unlike its variant that affects men, female hair loss has limited treatment options. “Proven oral treatments for hair loss like Propecia are designed for men and are directed to block the hormone that causes male pattern alopecia,” said Mauricio.

“Anti androgen therapies have been tried on women with limited success. The mainstay of treatment for women with hair loss is limited to using topical treatments,” she added.

But, the situation isn’t gloomy, depending on the nature of the hair loss. If it is due to a birth, illness, or a major surgery, it is likely to be temporary and will stop without progressing to baldness. After sometime, the hair will grow back and become normal. (Reichman)

Hair loss caused by hormonal problems or ailments such as thyroid disease can be helped by correcting the hormonal imbalance or treating the disease. “Iron deficiency anemia is a possible cause of hair loss and should be considered as a possibility.

When the anemia is corrected, usually the hair loss reverses,” said Mauricio further adding that a comprehensive examination is needed to determine the type of loss, its cause, and a possible solution.

Since hair loss may be a symptom of an underlying disease such as lupus or diabetes, it is imperative to determine the cause early enough to treat it before damages are caused to more vital organs of the body. 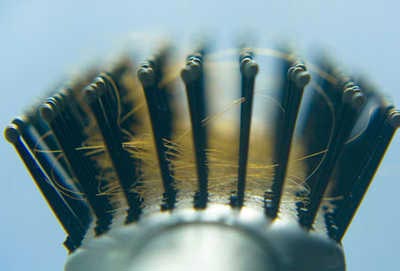 It is quite pathetic that a lot of conmen are capitalizing on the desperation of women facing this problem. From mechanical devices to strange herbal concoctions, the internet is awash with many phony claims promising to cure any variant of hair loss within the blink of an eye!

“Topical Minoxidil (2-5%) applied to the scalp twice daily is the only FDA approved treatment now,” warned Parsley. But, this drug is most effective in preventing further hair loss rather than regrowing already lost hair. Added to this is the fact that it’s expensive since patients have to use it or the results will be reversed.

Other used drugs that are known to be efficacious, but with likely side effects, include oral spironolactone and oral finasteride. “Finasteride is not approved for women but is sometimes used off label; this drug can cause birth defects.

Absolute assurance that pregnancy is not possible is needed before considering this drug,” he further cautioned.

Cooley added that dandruff shampoos such as Zinc Pyrithione (Head and Shoulders) and ketoconazole (Nizoral AD) could help a little with hair loss.

A good candidate should have hair in the back that is of better quality than the top. But, this situation is uncommon.”

Considering the far-reaching consequences of this problem, experts are working round the clock to come up with a lasting solution that will put smiles on the faces of all victims.

From cloning hair follicles to laser treatments, genetic testing, and bioengineering, researchers are optimistic that something positive will come up in the not too distant future.