Giving birth isn’t an easy task; ask any woman who has gone through it at least once. So it may come as a surprise that more people are choosing to go through this experience without any help from doctors or midwives.

The calls for unassisted childbirth have grown louder in the past few years in the developed world. According to the US Center for Disease Control and Prevention, 8,708 out of 26,667 homebirths in the US were not attended by a physician or a midwife.

These women are choosing free birth for various reasons. Some see it as a private experience that shouldn’t be interrupted by the presence of physicians or midwives, while others choose it after negative past birth experiences at hospitals.

Other women have no other choice but unassisted childbirth. A report from the organization Save the Children shows that around one thousand women and two thousand neonatals die every day because of the lack of trained midwives who can offer proper care during and after the labor process.

Rasha Nabil, a woman living in Upper Egypt, reluctantly talks about her experience with giving birth to her second child unassisted at home.

“The labor process was really easy but what came after was the problem,” Nabil told AboutIslam.net. It ended up ugly as she had a rupture in the cervical wall and another one in the urinary bladder wall.

But Nabil is convinced that not all unassisted childbirths end up like her own.

“My uncle’s wife gave birth to her child alone while her husband was at work,” she said. “The only problem she faced was cutting the umbilical cord, so they called a doctor to do it for them.”

Hassan Gaafar, an obstetrician at Cairo University, says that without a doubt most of the women who had unassisted childbirth do not get regular checkups.

The risk comes from undiagnosed problems that the mother may suffer from. These include pregnancy diabetes, high blood pressure, severe anemia or having the placenta over or near the opening of the cervix which may cause serious morbidity and mortality to both the fetus and the mother in a case called placenta previa.

“All the problems I mentioned make a high-risk pregnancy case which is not allowed to give birth in absence of an Obstetrician,” Gaafar told AboutIslam.net. If those cases have unassisted childbirth, a lot of complications may occur for the mother such as angina, diabetic coma, bleeding, or having high blood pressure which may lead to brain stroke and death.

As for the fetus, the complications are equally dangerous as he/she may suffer loss of oxygen due to the long hours of labor process which, if not leading to death, might still lead to serious neurological problems. 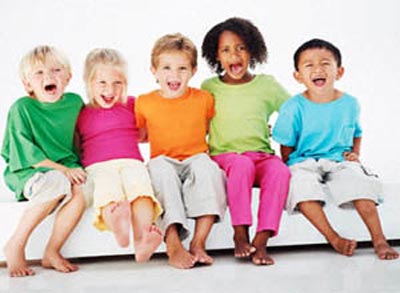 Congo, which has 55.4% mortality among children under five years old and 1.5% maternal mortality, has 32% of health workers in rural areas, although those areas have 65% of the country’s population

Save the Children’s report shows that 57 countries worldwide have less than 23 doctors, nurses and midwives per 10,000 persons.

The problem is not only with the small number of healthcare workers, but also with their distribution within a country. As the report shows, health workers’ density is higher in urban areas where hospitals are located.

Health workers in rural areas work in tough conditions, starting from low salaries to inadequate equipment and insufficient medicinal care. This makes it hard for health workers to stay in such areas or even to attract new ones.

For example, Congo, which has 55.4% mortality among children under five years old and 1.5% maternal mortality, has 32% of health workers in rural areas, although those areas have 65% of the country’s population.

Social and cultural concepts are other challenges that face women in the developing world, especially those who live in rural areas, as the decision making goes to the husband and older family members like mother or mother-in-low, and this can cause delay during life threatening situations, like when a mother has complications during childbirth.

In 2009’s analysis of the Demographic and Health Surveys, researchers found that 25% of women in 41 developing countries don’t go to health centers to give birth because they don’t have any female health providers.

Women in such countries don’t like to deal with male health providers. For instance, an assessment in Afghanistan showed that women refused to go and have Tetanus vaccination because they refused to reveal their arms to a male healthcare provider.

The report recommended that increasing the number of trained and skilled healthcare providers in developing countries, especially midwives and female health workers can decrease mortality rates for both women and children.

In Indonesia, for instance, they saved the lives of 10,000 women since 1990 as they implemented a “Midwife in Every Village” program, in which Indonesia trained and certified 54,000 midwives and distributed them across the country.

Other recommendations in Save the Children’s report support increasing the incentives to attract and keep female health workers through better salaries, training, professionalism and career growth.

Investing in girls’ education is also recommended for two purposes: the first to enlighten future mothers and give them the strength to take their own life decisions. The second, to prepare them as frontline female health workers to serve their own communities.

“It doesn’t have to be complicated: someone who knows how to dry a baby properly and rub its back to help it breathe can make the difference between life and death,” Justin Forsyth, Save the Children’s Chief Executive, told Reuters.

“No child is born to die, and no mother should face giving birth without help.”