In the first part of this series, we explained what the biological process of Aging is, why and how does it take place in the bodies of living organisms. We also explained what an Anti-aging medicine is and how can it benefit our health.

In this second part we’re discussing the future of this field of biology and some multiple factors affecting it.

Are we really in need of anti-aging medicine?

Sometimes we’re asked the question; “What is the need for anti-aging medicine when people are already living too long?” Well let’s consider this for a moment.

First, when looking at the past, would we have asked the same question when improvements were made to the general medical and sanitation systems that lead to the last leap forward in the human life span? I think the answer at the time would have been that such progress was necessary if not essential.

What would a Victorian have made of open heart surgery, I imagine that he would have felt it was against God’s laws, and yet who would ask a person today about to undergo such an operation to lay down their life in the interest of humanity?

Our usual answer to such a question is; “Are you against progress or do you believe in euthanasia?” Surely these are the only two options left available.

The planet already faces having to cope with an expanding population, but the vast majority is in developing countries where traditions still demand large families.

Many developed countries are threatened with declining populations, where education has taught parents to have fewer children and enjoy a more materialistic lifestyle.

This form of education and family planning has yet to truly make an impact on developing countries. But the world continues to cope with its problems and we believe that it will continue to do so.

Whatever they may be, we should not and cannot stand still. But now let us consider some of the benefits of a healthy, agile yet elderly population.

Scientists at the 1996 anti-aging conference estimated that life spans in excess of 200 years were obtainable. Of course the theory is that the longer one lives, the longer one exposes oneself to future technology and therefore the longer one extends his life, etc.

But what if we do have healthy, fit, agile 150 year olds? What will this mean? Perhaps people won’t leave University until they are 45 or so, probably with qualifications as advanced as a professor!

People will have several careers in their lifetime, and there will be less children – only when the parents are truly in a position to adore and take proper care of them.

Retirement age will be higher than the 60-65 years age group. In fact, one knows of very few people now who have retired in the true sense of the word.

Most say they are busier now than when they were working pre-retirement, and of course they now all work at the pace they like, enjoying their lives much more.

Government talk throughout the world of the problems that are “around the corner” has been rehearsed many times. These reservations concern pension funds that are supposed to support the aging populous where they propose a system where the workers of today look after the retirees of tomorrow.

That’s fine, but what about when the baby boomers (the single largest section of the population) become retirees in about 10-20 years time.

Society really should be taking more care of itself where retirees continue to contribute usefully and perhaps continue to earn.

Does one have any idea how many billions of dollars can be saved if we only keep the elderly out of convalescence homes and hospitals for just one day? Imagine what can be achieved if we can keep the majority of them away from them altogether!

But the single biggest boon to society must be the large population of educated and experienced individuals guiding the younger generations. Such a leadership will only shed more light on the mistakes made by people in power.

The Chinese belong to a society where their elderly are held in esteem. The difference in the future will be that these esteemed pillars of society will also be able to look after themselves, remain agile and lucid, while not being a burden upon society, and being in fact major contributors to it. 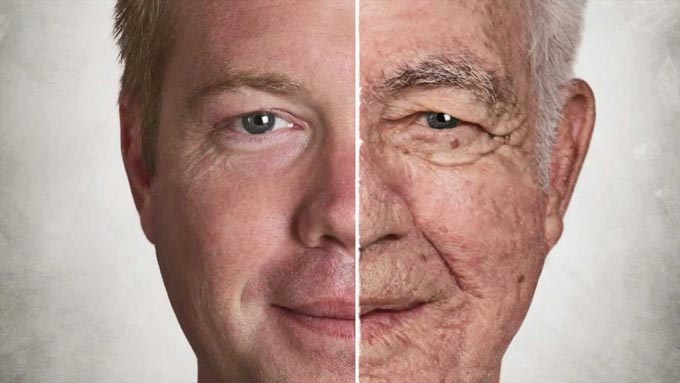 Of course all of the above means a major overhaul and rethink of the current situation. Dogma, vested interests and old-fashioned beliefs belie many aspects of our society. But none do so more so than in the medical industry. Tight controls, piles of regulations and extortionate drug prices are designed to “keep you safe.”

But the fact is that if you look at the Forbes 500 top companies in the world, most of the top 50 are pharmaceutical giants. The regulatory bodies that were designed to protect the public from excesses are now in fact funded by and co-opted by the same giants. We have in effect a “hand in glove” situation.

One may argue cynically that it is profitable to continue to have a sick society. If you disagree, then ask yourself why we almost overlook the use of nutrients and hormones in treating sick people? Why do physicians only spend one day of their 5 years of training discussing nutrients? Who on earth believes that it is only a small minority who get everything they need out of their modern diet?

Is it because these nutrients and hormones cannot be patented? After all, there is not the same kind of profit in them as there is in drugs.

Who is going to spend that kind of time and money on approving a product that cannot be patented, knowing that once approval is granted the product can be sold by anyone?

Many of these products have already undergone clinical trials in a key country, but trials are often conducted again in full in other countries that wish to use it.

In other words, time is expendable to get useful products onto the market. This intense safeguarding was established only after Thalidomide stalked the world.

There are many useful medications around the world that may not be available in your country. There are also many nutrients that when used at the correct dosages will help treat, alleviate or prevent a problem from occurring.

But they aren’t a topic of discussion, simply because physicians aren’t aware of them and pharmaceutical giants can’t make enough profit on them. Likewise the regulatory bodies won’t approve them because no one is paid for their approval.

What does all this mean?

Well apart from the need for change, it means that your health is the same as all the other decisions you make in your life. You must find out for yourself what’s going on and make your own informed decisions.

This article was first published in 2015 and currently republished for its importance.