Estrogen dominance occurs when there is too much estrogen in the body of a female or a male. This is caused by several causes which we’ll know now.

The rise in the number of cases of breast, prostate and uterine (womb) cancers have made them a hot topic. There is much discussion about the preventative care of these cancers, but thus far these conventional measures (mammogram, colonoscopy) have not gone far enough to prevent the rise in cases.

They are also invasive. There is, but, another tool, a clinical screening method that is preventative, non-invasive and cost effective. This method which can detect the early signs of endocrine/hormone dysfunction that accompanies these cancers is the testing for estrogen dominance.

You may be asking what estrogen dominance is. It is not talked about, but you may have heard the term “estrogen dominant breast cancer.” Estrogen (the female sex hormone) dominance (an excess) happens when there is too much estrogen in the body.

This is coupled with a decrease in the hormone progesterone, which is involved in preparing the body for pregnancy, amongst other things. When we hear the word “estrogen,” it is associated with women; yet, estrogen dominance affects both men and women. Children are also susceptible because of their size and fluctuating hormones.

There are no conclusive statistics of the rates of estrogen dominance, but if we look at the symptoms and conditions associated with it, we can see that it is widespread. The causes are various and there is usually more than one cause at play. Here are some of these causes as well as some tips and strategies to keep your hormones in balance: 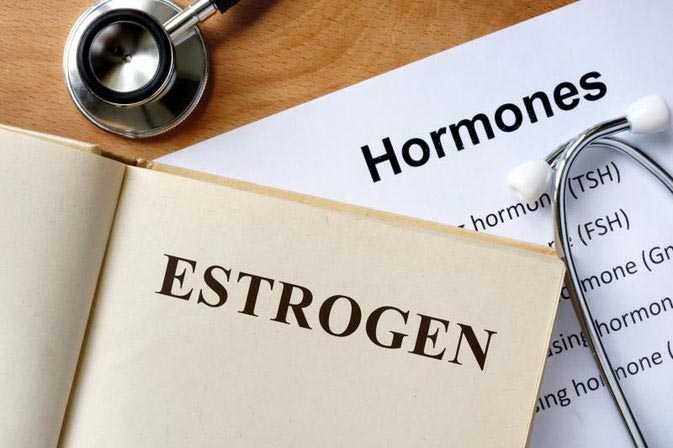 According to clinical psychologist Dr. Richard Malter, not only does stress affect the nervous system but it also affects the endocrine system.

In a non-stressed individual, both estrogen and progesterone are produced. Some of the progesterone is needed by the adrenal glands to produce the stress hormone cortisol.

There is enough progesterone in the body to balance out the estrogen. Yet, our fast-paced, stress filled society, leads the way to hormonal imbalances and an environment in which there is more estrogen then progesterone.

The stimulus on our adrenal glands for stress hormone production is so great that the gland begins to weaken. Over time, this scenario leads to adrenal fatigue and finally adrenal exhaustion.

In this phase, we lose our ability to compensate for acute stressful events and we are left feeling fatigued, lethargic, and susceptible to chronic illnesses.

The adrenal glands thrive on vitamin C, so taking 1000-3000 mg/day of buffered vitamin C can help prevent you from becoming estrogen dominant. Functional foods such as green powders, sea weed, red powders or Spirulina are another way to provide your body with more nutritional support.

There is also a class of herbs called adaptogens that can help our bodies adapt to stress. Some examples are astragalus, the different ginsengs, licorice and ashwagandha.

Besides stress, another phase in which a woman can experience low progesterone production is the period following pregnancy. During pregnancy, the body produces an excess of both estrogen and progesterone, so there is a balance of the two.

It is true that both females and males produce estrogen, but it does not make sense that something that is both made and needed by the body should cause disease. The problem is that our bodies are not the only source of estrogen.

As we increase our intake of estrogenic foods, our risk for estrogen dominant cancers also increases. One main source that has infiltrated the food supply at an alarming rate is soy. Soy is classified as a phytoestrogen (plant estrogen) and it is an endocrine disrupter.

Fermented soy foods like soy sauce, miso, tempe, and soy lethicin (in small amounts) are not a concern, but soy oil, edamame beans, soy infant formula, soy milk, soy protein and soy flour as well as tofu (because it is consumed in high amounts) can be a problem.

Eliminating these from your diet by avoiding them and taking care to read labels on packages can help in reducing a major source of estrogen from your diet.

These soy foods are new to our diet, even to the diets of East Asians. It was the rise of breast, prostate and uterine cancers that in part introduced soy into our diets.

Many health experts looked to East Asia, who had low incidents of these cancers for clues to help stop their rising tide. One such approach that these health experts came up with was the introduction of soy based foods into the Western diet.

It was assumed that the East Asian diet, which contained small amounts of fermented soy products in the form of tempe, tofu, miso and soy sauce (not more than 18 grams a day in Japan), might be the “magic bullet” they were looking for.

Eliminating soy can help in reducing a major source of estrogen from your diet.

But, instead of looking at the totality of the Asian diet and lifestyle, only soy was selected. It was not even selected in the way it was eaten. Asians were not eating tofu hotdogs or consuming soy milk.

Yet, this Western trend so affected the eating habits of Asians which led to alarming consequences.

According to an article published in the China Post in March 2009, the incidence of breast cancer has seen a 22% increase in Taiwan, uterine cancer increased by 31%, while prostate cancer saw a rise as well. In 2007, China announced it too was experiencing an increase in cases of breast cancer (Reuters).

These new findings, along with a study conducted on Japanese males living in Hawaii who consumed large amounts of soy and which had increased rates of Alzheimer’s disease, suggest that soy foods are not the panacea they were thought to be. 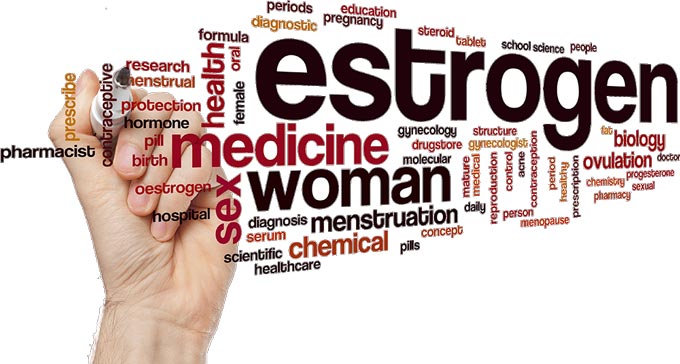 The word xenoestrogen means foreign estrogen or from outside the body. The largest source of it in our diets is plastic. You may not think of plastic as being part of your diet, but it is. Thin plastic wraps used for packaging foods leech into the food and become part of it.

When we use plastic bags, containers and thin plastic wraps to store our food, we are also eating plastic. In recent years plastic water bottles have become a major concern. Many times, plastic cannot be avoided, but there are a few things we can do to protect ourselves.

When you buy packaged foods, bring them home and unwrap them. Either use glass containers (they can be recycled glass jars) or you can use a plastic container. When you do use plastic, wrap food in wax paper or parchment to prevent leaching from the plastic. You should never heat plastic. Also, remember that the thinner the plastic is, the more susceptible it will be to leaching xenoestrogens into your food.

Diets high in refined grains, white rice, sugar and hydrogenated oils contribute to the excessive production of estrogen. As any health care practitioner will tell you, a well-balanced diet will go a long way in keeping you healthy.

Coconut oil, according to Dr. Bruce Fife, author of The Coconut Oil Miracle, helps the body pull excess estrogen out. Eating 3-4 tablespoons of coconut oil by using it in your cooking will help do this. Fiber in the form of fruits, vegetables, beans, legumes or whole grains are also needed to aid the body in ridding itself of waste.

The recommended average intake is between 20-30 grams of fiber a day. Water is also critical because it helps the body’s detoxification system to remove wastes, like excess estrogen. Other causes of estrogen dominance include:

The role estrogen dominance plays in some diseases and health conditions cannot be overstated. We are exposed to excess estrogen in our diets and from environmental contaminants. But, by reducing our use of plastic, removing soy from our diets, eating a healthy diet and supporting our bodies during times of stress we will reduce our risk of becoming estrogen dominant, inshallah.

If you are interested in finding out if you are estrogen dominant you can ask your health care provider to do a hormone saliva test or you can order a kit on line.