The sufferers become addicted to being thin, seeing it as a solution to their problems.
aaa

It is believed that the phenomenon of eating disorders only occurs in industrialized, wealthy Western societies. Desiring a youthful body to adorn fashionable clothes that don’t include a fuller figure is the ticket of acceptance, health, success, happiness and availability.

However, increasing awareness has exploded the myth that it is a disease of the rich showing that no culture is immune.

First described in 1974, eating disorders (ED) perhaps represent the most dramatic expression of a culture’s obsession with the regulation of body size.

In the US, up to 10 million females and one million males suffer from ED. According to the Eating Disorders Awareness and Prevention Organization, at least 50,000 individuals will die directly as a result of this disorder (al-Korey p.54). 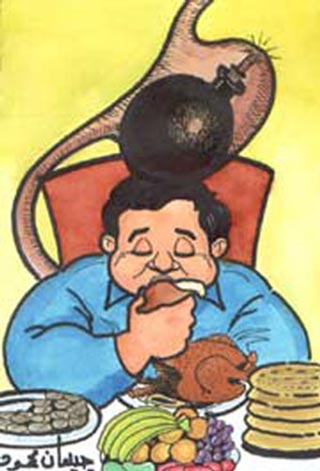 One of the interpretations the West gives to eating disorders is the need of some women to defeminize.

Parental attitude is also perceived as a significant contributing factor to the disorder as some parents tend to consciously or subconsciously interfere with their daughters’ attempts to establish normal peer relations.

The girl becomes torn between a fear of separation and the wish to be accepted by her peers.

An obsessional calorie count also develops, in addition to an intense interest in food and cooking for others, but not eating herself (Lockie & Geddes p.41).

Dr. Horeya Ahmed, director of the Student Counselling Center at the American University in Cairo, Egypt describes anorexia: “It is an addictive behavior, it snowballs…and the end of the line is death.”

There can be extreme weight loss of up to 40% below the desirable weight, decreased heart rate from a low metabolic rate, anemia, rough dry scaly skin, low white blood cell count increasing the risk of infection and hair loss due to poor nutrition (al-Korey p.52).

The sufferers become addicted to being thin, seeing it as a solution to their problems: pressures at school, home, feelings of insecurity, low self-esteem and the traumas of growing up.

Adolescent girls may in addition feel that they are losing control of their bodies as they start to menstruate and develop a womanly shape. It becomes an attempt to turn back the clock (Readers p.30).

Bulimia is not directly fatal but eventually destroys the metabolism. Bulimics indulge in binging and can consume up to 20,000 calories at a time. A sense of guilt ensues and to ease their conscience, they vomit and take laxatives or diuretics.

A bulimic may look healthy, but a medical check-up will reveal internal damage to organs, eventual tooth loss from the hydrochloric acid in the vomitus and irregular heartbeats. This can lead to sudden death (al-Korey p.52, 53). 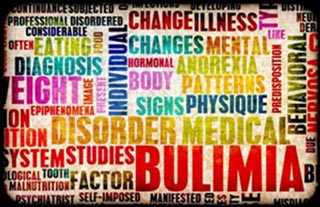 Dr. Farouk Shaheen, director of the Nutrition Center in Cairo, gives two reasons why Egypt has a low rate of eating disorders. “Islam provides comfort for a troubled Muslim. Therefore it is not very common for a Muslim to undergo severe psychiatric trauma.”

The other reason stated was that in Egypt “a person never feels alone, there is always family there to support and love that person.” The small number of cases he has dealt with come from the Egyptian upper class.

Dr. Horeya, however, asserts that anorexia and bulimia are common in Egypt and on the rise. She has dealt with several cases herself and continues to see more and more patients (al-Korey p.53).

In Mohammed Nassers’ comparative study published in the Psychological Medical Journal, a sample of 420 15-year old students from El-Nile Secondary School in Cairo showed an excessive concern about weight.

There were 12 partial and 3 full cases of bulimia nervosa. Nasser purports that the study confirms a morbid eating pattern emerging in Egyptian society similar to that in the West.

The impact of Western values is easily transmitted as a global culture. 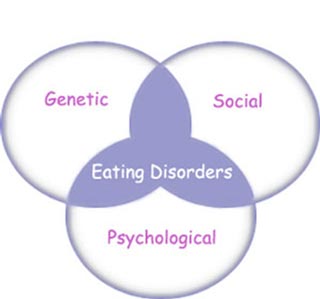 All the Arab populations except the Circassians had strong Western influences in their attitude towards eating and body image (Shuriquie p.2).

It should be stressed, however, that living in a society whose existence is continuously under threat is bound to affect all aspects of normal living including elements of escapism.

The modern image of women throws ideas into the heads of young girls depriving them of the opportunity to discover for themselves their impending adulthood.

Non-Western cultural beliefs viewed plumpness as attractive and desirable, a sign of prosperity, fertility and success.

However as Andres Pumariegas’ 1986 study argues, the erosion of such beliefs is due to acculturation to the mainstream American culture (Miller p.2).

The shift of culture whether at home or abroad is what is leading to the increased occurrence of ED. The fast changing world, might not be what the doctor ordered after all!

This article was first published in October 17, 2002 and is currently republished for its importance.