Case: Sayed came to me about his high cholesterol. He was very self-aware about his body and described his health problems, eating habits and lifestyle to me in great detail. Sayed spent long hours driving, had a very high stress job, smoked a pack of cigarettes a day, drank 6 cups of tea a day, ate at restaurants, had a congenitally large liver and was slightly overweight.

The first step I took with Sayed was to do an eye reading for him. I looked at his irises and was immediately struck by the fact he did not have a high cholesterol ring in his eyes.

Since an eye reading registers anything abnormal in the eye I considered that perhaps his high cholesterol levels were normal for his body and thus the lack of abnormal markings in his eyes. Although he had come to me to help him lower his cholesterol I felt immediately that this was not the main problem he was suffering from.

Of course, the program I gave him would aim to lower his cholesterol levels using diet and herbs. However, I wanted to make Sayed aware that he had other health risks in his lifestyle that were much more dangerous than his high cholesterol.

Sayed was worrying himself sick about his high cholesterol and in the process, had become obsessed with low-fat foods and the concept of cholesterol medications, but had ignored his other health risks.

In fact, cholesterol is not a deadly poison, but is a substance vital to the human body. Cholesterol is important in the formation and maintenance of cell membranes, the formation of sex hormones, the production of bile salts, which help digest food and the conversion of vitamin D in the skin when exposed to sunlight (Gordon). 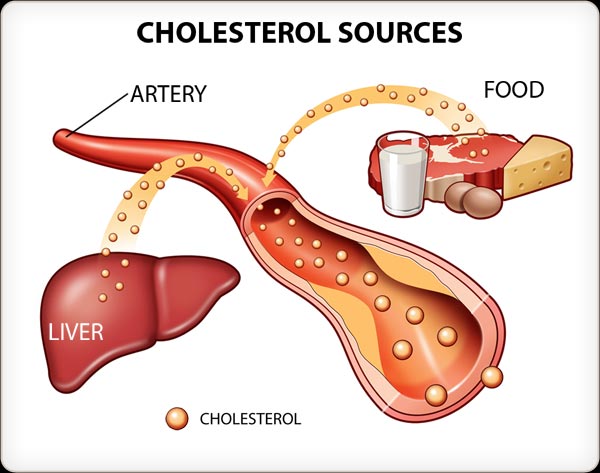 Cholesterol is mainly manufactured in the liver and thus, Sayed’s abnormally large liver would manufacture higher levels naturally. Experts have also just begun to realize that it may not be cholesterol itself that causes health problems, but other risk factors that actually raise cholesterol levels by coincidence (Ravenskov).

Another irony is that the only effective way to lower cholesterol medically is with drugs, but neither heart mortality, nor total mortality, has been improved with drugs. Dr. Uffe Ravenskov states that, “A calculation of the risk of high LDL-cholesterol that ignores other risk factors is called a univariate analysis and is, of course, meaningless” (Ravenskov).

In fact, about 85% of total body cholesterol is produced by the body due to factors other than food.

This is partially hereditary, but also because there are factors that negatively affect cholesterol levels other than diet. These include high levels of stress, which can raise total cholesterol levels, and cigarette smoking, which can lower a person’s HDL level as much as 15 percent.

A common natural substance to lower cholesterol levels is nicotinic acid, which is the vitamin, niacin. However, niacin is not recommended for people with liver disease or abnormalities of the liver so Seyed was unable to take this vitamin (Kowalski).

Psyllium seed is also effective in lowering cholesterol levels, and since Seyed had complained of digestive problems and his iris showed intestinal toxins, I recommend that he take a tablespoon of psyllium seeds every day in water or juice. 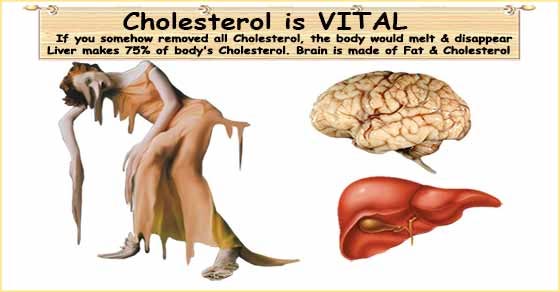 I also gave Seyed an herbal mixture that would address his other health problems as well as assist him in lowering his cholesterol levels. I put Wood Betony in his tea to reduce his headaches and relax him in the evening. Wood betony also has the side effect of reducing cholesterol levels.

I added nettles to his tea as a blood cleanser and cholesterol reducer and comfrey as an herb that effectively heals lung tissue in smokers and assists one to stop smoking. I added dandelion and blessed thistle to the mixture to nurture his liver and also lower cholesterol levels. I added agrimony for his eyestrain and also taught him some of the Bates eye exercises to relax his strained eyes. Topically I showed him how to rinse his eyes with calendula tea once a day to reduce eyestrain and heal the eyes.

Turmeric, another common cooking herb, decreases cholesterol levels but also protects the liver by detoxification, stimulating the gall bladder and scavenging free radicals. Milk thistle (also known as blessed thistle), a folk remedy for liver complaints contains silymarin that not only protects liver cells by preventing the actions of toxic substances but that it also stimulates protein synthesis to accelerate the regeneration and production of liver cells.