Autism | The prevalence of Autism is about 1–2 per 1,000 people worldwide.
aaa

Autism is a life-long developmental disorder that affects an individual’s ability to interact with the surrounding world.

The world’s only two time unshared Nobel Prize winner, and advocate for vitamin therapy for healing autism, Dr. Linus Pauling, stated “You can trace every sickness, every disease and every ailment to a mineral deficiency.”

It is not surprising then, that dietary therapy has played a large part in the treatment and prevention of autism in recent years. Although vaccines have been implicated in some cases of autism, vitamin deficiencies, gluten intolerance, dairy intolerance, pesticides in food and chemicals, and additives in foods have been proven to play a more than significant role in the development of autism in children.

An increasing number of autism “cures” include a nutritional aspect in both the fields of natural and mainstream medicine. While mainstream medicine also relies on pharmaceutical drugs, natural healing provides alternatives that are safer and much less expensive.

Many food additives are implicated in the causes of autism. Among these is aspartame which has been thought to increase incidences of autism in babies born to women who consume this substance during their pregnancy. (Madrona)

Yellow food dye has been shown to decrease the body’s absorption of vitamin B6, which is a nutrient that many autistic children have a deficiency in. Some medicines have also been shown to decrease B6 in the body, which may explain why some children are diagnosed with autism after undergoing therapy for other diseases. (Calbom)

Health care practitioners recommend that autistic children follow a whole-foods diet that does not include foods with preservatives or additives. However, even a whole foods diet is not safe enough for some children with autism. Consumption of wheat gluten and casein have also been shown to have adverse effects on autistic children. (Frick)

Studies on lactose have shown that many children with autism are significantly more responsive after eliminating wheat and milk from their diets. However, even the most well planned diets can go wrong if the foods are laced with pesticides or chemicals. Studies show that fetuses exposed to specific pesticides during early gestation are born with greatly increased chances of having autism spectrum disorders. (Roberts et al.)

A study of Texas school district data and industrial mercury-release data, conducted by researchers at the University of Texas Health Science Center at San Antonio recently showed a statistically significant link between pounds of industrial release of mercury and increased autism rates and a statistically significant association between autism risk and distance from the mercury source. (Science Daily)

Of course, the mention of mercury brings to mind the debate over the safety of vaccines for children. On one side there are doctors and researchers who say vaccines have nothing to do with autism. On the other side, there are entire organizations that have sprung up to defend and research children who have developed autism after receiving vaccines.

Dr. Paul Offit, one doctor who does not believe in the autism-vaccine link says that the appearance of autism following MMR vaccination is nothing but coincidence because the MMR vaccine is given at the same time autism usually manifests in children. (Blanchard)

However, when Congress passed the National Childhood Vaccine Injury Act of 1986, which created a federal Vaccine Injury Compensation Program (VICP), the first awards for vaccine injury and death were given to children who had suffered from autism. There are so many studies on both sides of this argument it is impossible to tell who has the correct studies or even if the issue is so easily defined.

There are also safety guidelines for each vaccine which many parents do not follow. Vaccines should only be given to a child who is completely healthy and most vaccines can be delayed until a child is stronger. Having a child rest well before and after their vaccination can also help alleviate some side effects.

However, along with a program of prevention, a program of healing is also required for children who have autism. A natural program for healing autism might include vitamins, herbs, educational methods, and diet.

Vitamins are among the most popular healing tools in autism therapy. It has been shown in numerous studies that children with autism improve with large doses of vitamin B6. However, this supplementation does not have to include expensive pills. (ARI)

Vitamin B6 is easily obtained in food sources and these are thought to be much safer than the available supplements. It has been shown that high doses of B6 can actually cause neurological problems in patients, so food sources are the preferred method of supplementation.

However, healing autism is not only about what one puts into the body, it is also about what one takes out. It makes sense that if many of the causes of autism can be related to excess toxins (pesticides, mercury, vaccines, gluten, lactose) that a personal program of detoxification and natural medicine would be part of that cure.

It does not make sense that a disease possibly caused by toxicity would respond to more toxic treatment, as is the case with many conventional pharmaceutical drugs – especially considering the high sensitivity found in autistic children.

Some herbs that can help clear toxins from the body are: alfalfa, dandelion, licorice root, psyllium, and marshmallow. Some herbs that help the autistic child feel more balanced are: chamomile, hops, fennel, catnip, valerian and skullcap. For a child that does not want to take herbal tea or herbal juices one can use essential oils.

Essential oils that are calming and balancing are fennel, chamomile, geranium, rose, and clary sage. Raw potato juice is effective in clearing heavy metals and toxins from the body and would be a good addition to any vitamin B6 juice you make. 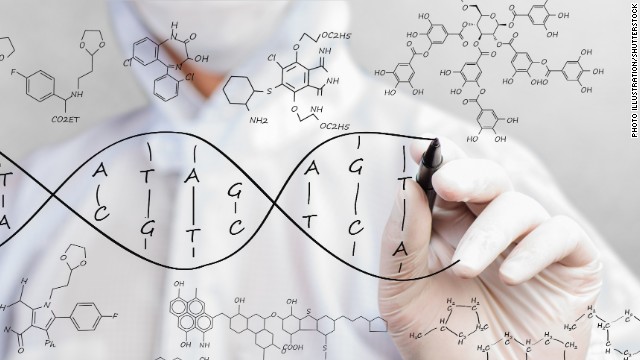 Scientists have recently succeed in linking 60 genes to autism.

Autistic children are sensitive to rhythm as well as vibration and sound. A daily schedule that is as regular as possible is the best way to communicate expectations to an autistic child. In an autistic child’s life rhythm is not only important, it is imperative.

An ideal life for such a child would involve a lot of contact with nature through nature walks, and a lot of time spent at home or in familiar and calm environments such as the house of their grandmother or good friend.

However, although there is a lot of hope for healing autism, there are currently no medical tests to diagnose it. Additionally, autism isn’t any one thing, nor does everyone exhibit the same characteristics of the condition. Some of the therapies mentioned above may be helpful to some children but not to others.

Many other therapies exist for autism. An experienced healer should be able to help you decide which therapies would be most suited to your child and personalize a program for you.