{So today We will save you in body that you may be to those who succeed you a sign. And indeed, many among the people, of Our signs, are heedless.} (Quran 10:92)
aaa

Maurice Bucaille was trying to discover how this Pharaoh died when, late at night, he concluded his final analyses. The remains of the salt stuck in his body was a shining evidence that he had drowned and that his body was retrieved from the sea swiftly after he drowned; it was also obvious that they rushed to mummify his body so that his body would remain intact!!

But Maurice Bucaille puzzled over a question: How did this body — to the exclusion of other mummified bodies of other ancient Egyptians — remain that intact although it was recovered from the sea?” 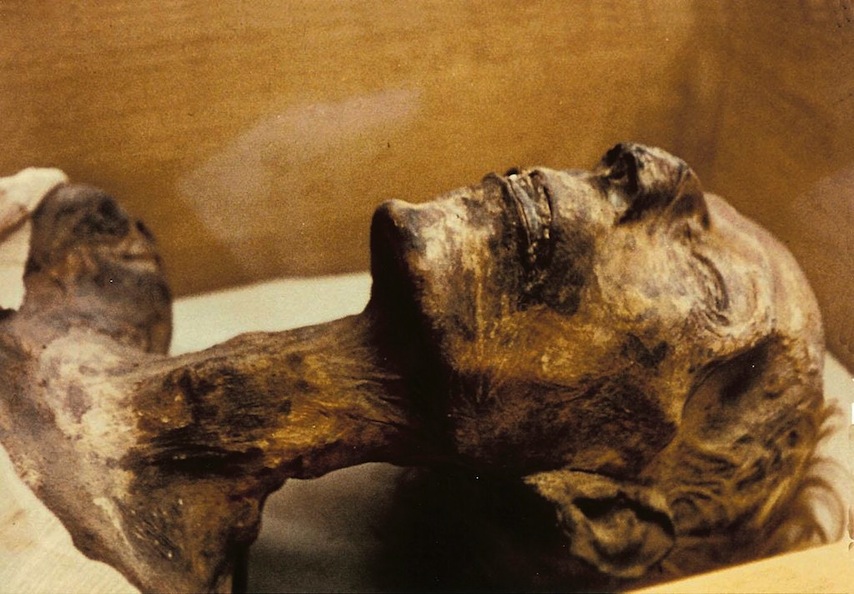 Maurice was busy conducting a final report while thinking as to whether the pharaoh’s body was recovered from the sea and mummified immediately after he drowned.

He was surprised when he was told that the Muslims’ Qur’an in which they believe narrates the story that says he drowned and that his body remained intact even after he drowned. He got more surprised and kept on asking: “Where did the Muslims’ Qur’an quote these data from while the mummy was not discovered until 1898, i.e. about 200 years only, given that the Qur’an has been recited by Muslims for over 1400 years, and given also that until a few decades ago the entire mankind including Muslims did not know that the ancient Egyptians had mummified their pharaohs?

Maurice Bucaille stayed up all this night gazing at Pharaoh’s body, thinking deeply of what his fellow researcher told him about the Muslims’ Qur’an explicitly establishing that this body was recovered after drowning, while the Christians’ Gospel (Matthew and Luca) narrated only the story of Pharaoh when he was chasing Prophet Musa (peace be upon him) without mentioning the fate of his body at all.
“Is it believable that Muhammad (peace be upon him) knew about this over thousands years ago while I have only just known it?” he thought.

Maurice spent a sleepless night, and asked for a version of the Torah. But it only furthered Bucaille’s astonishment; since even Torah did not narrate that the body was recovered and remained intact due to the processing and restoration, which it did undergo.

Maurice Bucaille spent 10 years conducting a study as to how far the recently scientific facts match that mentioned in the Qur’an, trying to reassure himself that the Qur’an has never contradicted with any single scientific fact, so that he eventually came up with the conclusion that Allah Almighty said of the Qur’an:

{Untruth does not come up to it before (Literally: between its two hands) it nor from behind it; a successive sending down from (One) Ever-Wise, Ever-Praiseworthy.}

He came up with a earth shaking book on the Holy Qur’an which jolted the entire Western states, with the title of the book reading, “The Bible, The Qur’an and Science, The Holy Scriptures Examined In The Light Of Modern Knowledge.” 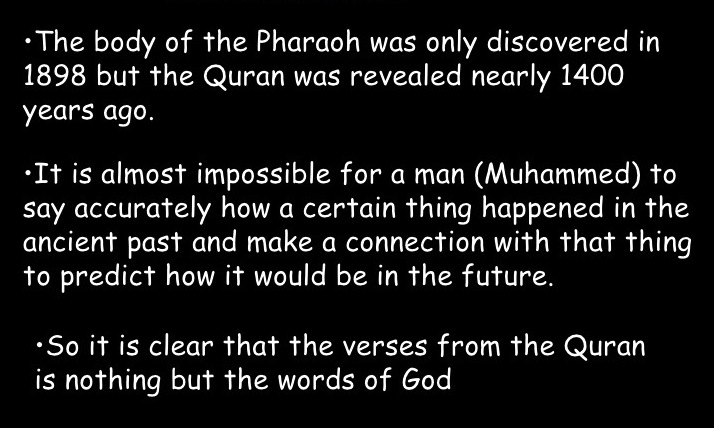