Allah gave us Islam which frees mankind from all sorts of oppression one can face.

When we submit to Allah, we find the path to freedom.

Not only do we free our soul, but our mind, correct our behavioral patterns, abolish unjust laws, polytheism, slavery, injustice, and so many other things.

We are freed from all evils as long as we actively seek to improve ourselves and to please Him.

The Prophet Muhammad was sent as a “mercy to mankind” to teach us about the blessings and freedoms that Allah has granted us.

All mankind is morally free, with the ability to be immoral, or moral. We are born in a natural state of submission to Allah with an innate sense of right and wrong. We must nurture our morals to improve ourselves to make this world a place of peace, and a place to grow as servants of Allah.

When a person faces oppression in any form, it destroys their self-image and naturally triggers a search within the self for spiritual growth, and seeking a higher purpose.

Islam gives mankind the motivation to break free from the chains of all of today’s social ills.  However, with freedom comes responsibility and dedication required to continue on the path of freedom by making healthy and righteous choices. If we slack in regards to any of these matters, we will fall back into the worldly prisons that we create for ourselves.

What freedoms has Allah bestowed upon us?

Freedom to Exercise Free Will 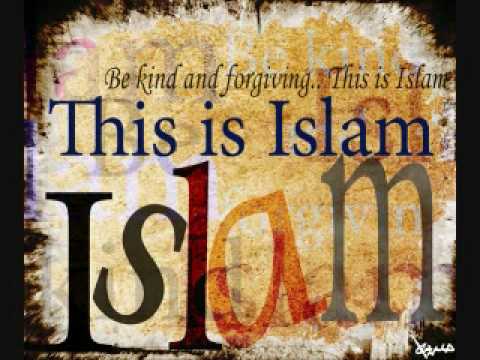 Mankind must adhere to limits within our choices available, actions, and deeds, otherwise we will witness a breakdown of moral conduct in society as a whole. Each one of us plays an important role in society.

However, freedom does not permit one to do just anything they please. We must stick to the teachings of Islam while striving and maintaining freedom to keep our souls, and society intact.

Allah gave man free will, but does this mean he is free from punishment?

No. We are free to do as we want, but we must respect the fact that there are consequences to our choices. Allah is most infinite in His wisdom. He gave us free will because if we didn’t have free will, we would never seek to please Him and society would fall into destruction!

When we know there are consequences to our actions, we become more God-conscious of our actions and choices. However, while having free will, if we commit a mistake, knowing there will be consequences to be faced, we are more likely to seek forgiveness, and strive to lead a morally upright life. It is a perfect system.

Islam gave us freedom from racism 1400 years ago, but mankind is still plagued with this social ill. Why?

Allah gave all mankind equality, regardless of race or nationality. He told us:

O mankind, indeed We have created you from male and female and made you peoples and tribes that you may know one another. Indeed, the most noble of you in the sight of Allah is the most righteous of you… (49:13)

Malcolm X, also known as Al-Hajj Malik El-Shabazz, was originally an extreme racist, but after making his pilgrimage to Hajj, he witnessed the absence of racism amongst millions of pilgrims from all over the world. It changed his view forever, and he is now an icon identified with anti-racism to the world.

He began an anti-racism movement within the USA, and just a few decades later, we see racism diminishing. It still exists, but we know it is nothing like what it used to be.  All it takes is one person to make a difference to make an impact on the world.

Unlike other religions that exist today, Islam doesn’t consist of a caste system based on social status.

Islam promotes kindness and helping one another, regardless of who they are, or the social status.

Islam came with a financial system that gives financial security to all mankind. Zakah (almsgiving) was commanded by Allah for those who have wealth that is unused for a period of one year to pay 2.5% on it to the poor.

This is a perfect balance, because zakah is not due upon anyone who doesn’t have excess money that year. He becomes free from this obligation, making a balanced system. Allah does not require the poor to pay zakah, and may actually be qualified to be the receiver.

And there is no creature on earth but that upon Allah is its provision, and He knows its place of dwelling and place of storage. All is in a clear register. (11:6)

Freedoms Given to Women

Did you know that Allah gave women rights through Islam, long before society gave women their rights?

Human Rights – In Surat an-Nisa’ 4:1 Allah told us women were to have the basic human rights as men.

Social Rights – Women were given a duty to be educated, it is not just the right of their male counterparts. The Prophet said:

“Seeking knowledge is a duty upon every Muslim…” (Ibn-Majah)

Civil Rights – There are many narrations of the Prophet which indicate women would ask him questions directly as well as offer their opinions concerning religion, economics and social matters. The woman is also given the right to choose her spouse, and keeps her family name, because at that time when a wife married, she became the “property” of the husband and she took his name. She also has the ability to testify in legal matters.

Economic Rights – A woman was allowed to work, keep her earnings for herself, to own property, and be given support during marriage, kind treatment by her husband, and even supported through divorce, and child support if she has children. This was unheard of until the 19th century in Europe.

Rights as a Wife – There are numerous verses throughout the Quran telling women that they are to be protected, fully supported, treated with kindness, and given numerous other rights in marriage that were not given to women previously.

Political Rights – In the Quran, Allah tells Prophet Muhammad that when the believing women come to him and swear their allegiance to Islam, he must accept their oath. It established the right of women to select their leader.

Finally, Islam does not forbid a woman from holding important positions in government. Women were consultants during the appointing of Uthman ibn Affan to the Caliphate.