By the star when it goes down* Your companion (Muhammad (peace be upon him)) has neither gone astray nor has erred* Nor does he speak of his own desire* it is only a Revelation revealed* He has been taught (this Quran) by one mighty in power (Gabriel). (Quran 53: 1-5)

It was usual for the ancients to attribute any phenomena to myths and legends, such as attributing the sun eclipse to the death of an important king, or that it is a sign for losing a battle or for removing the king’s property.

Among the funny things that ancient people used to believe is that the sun eclipsed due to a dragon that swallowed it. So they used to beat on the drums and threw arrows toward the sky to scare away that dragon, then they said that the dragon was frightened so he threw the sun back and run away!

Other people believed that when the sun eclipsed, then an important event is about to happen due to attributing the sun with gods. While we judge these thoughts as mere myth, people during that time thought they were strong facts.

When people came to the prophet Muhammad and said that the sun had eclipsed for the death of Ibrahim, what did he tell them? Did he agree with them or did he correct their beliefs? He said:

The sun and the moon are among Allah’s (SWT) signs that don’t eclipse for the death or the life of someone. (Correct Hadith narrated by Imam Bukhari and Imam Muslim)

We can from this Hadith conclude several unique miracles for the prophet Muhammad (peace be upon him) and will discover that he is the first human (of course inspired by Allah (SWT)) to lay the foundation of studying astronomy. 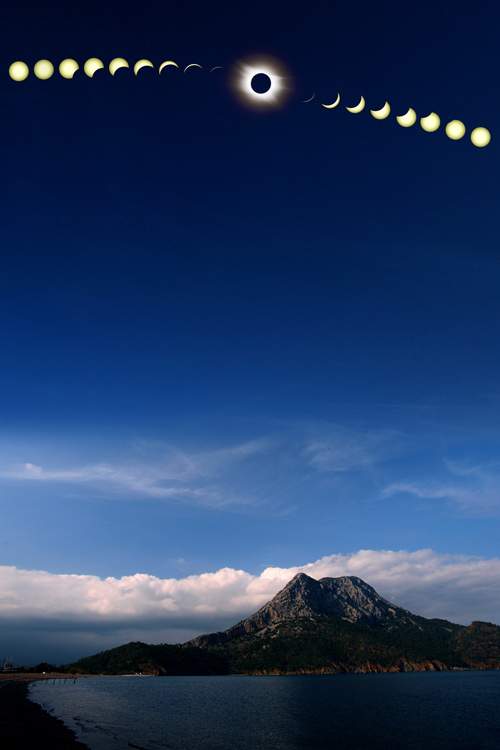 How does this phenomenon occur? What are the causes and what are the results?

The earth we live on orbits around the sun once every year. The moon also orbits around the earth once every lunar month. It happens that, in certain times, when the sun is bright and sending its rays, the moon while rotating comes in front of it and covers it totally, so we say that the sun has eclipsed.

The phenomenon of the sun eclipse is very dangerous. That’s because the sun is the lamp that transmits lights and dangerous radiations. The most dangerous radiation is infrared which is transmitted via the sun on a permanent basis but does not harm us because we don’t look directly to the sun.

When the moon comes in front of the sun and covers only part of it, we call this phenomenon a partial eclipse. However, if the moon covers the sun totally, the phenomenon is a total eclipse, where the sun disappears and the world suddenly is dark for a minute or two.

When the moon passes in front of the sun and covers part of its light, we can see the sun, but the infrared radiation is invisible. If we look momentarily at the sun during the eclipse, the retina will get serious injuries and infections.

Also, this radiation might cause temporary or permanent blindness. Scientists recommend not looking at the sun during eclipse because it sends large amount of infrared radiation. 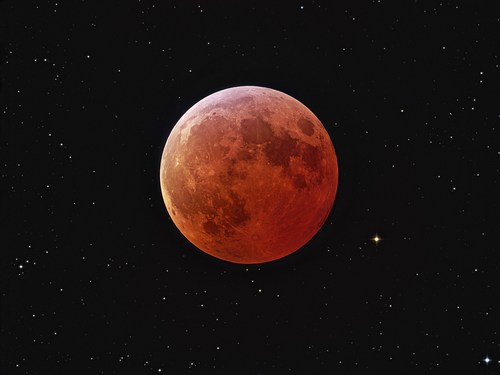 The moon doesn’t send out any rays; Allah (SWT) precisely describes it saying: {…and a moon giving light} (25: 61), without originally producing light or rays.

The moon reflects rays, and we receive the safe ones. Allah (SWT) describes it as an object that reflects light, while the sun is the light and the illumination source. Based on this fact, watching the moon while in eclipse doesn’t cause any harm.

The other phenomenon is the lunar eclipse. The moon reflects the sun’s light toward our planet, so we see it illuminating in our sky. Allah (SWT) says:

Blessed be He Who has placed in the heaven big stars, and has placed therein a great lamp (sun), and a moon giving light (25: 61).

During lunar phenomenon, the earth locates in the middle of the moon and the sun masking the sun’s light, so the moon appears as a dim copper disc. 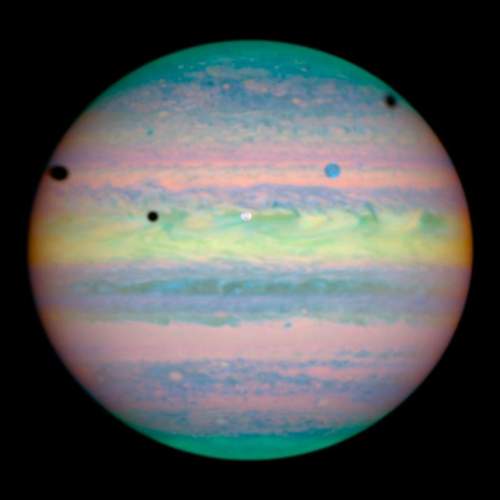 While sun and lunar eclipse occur on the earth, the eclipse phenomenon occurs for other planets. Most planets in the universe have moons that orbit around them, and sometimes, these moons pass in front of the sun covering the sun’s light and leaving the planets dark for a few minutes.

We can conclude from these facts that the sun and the moon revolve in a controlled and accurate system, and the eclipse phenomenon is a natural process that doesn’t occur in a result of someone’s death or life.