The Quran plays an instrumental role in shaping the believer’s character.
aaa

What kind of a person does the Quran make you?

People of other faiths tend to observe Muslims, and for good reason, to understand what the Quran teaches. But, a sure way to know about its teachings is to let the Quran speak for itself. And when it does speak, it does so free of regional customs and traditions.

The words that came descending across the sky from Gabriel to the Prophet Muhammad fit into one of three categories:

The Muslim character, if it is to be shaped by the Quran, would then be impacted by these categories.

Information About the Creator

Everyone looks forward to Allah’s forgiveness and pardon. However, what should a Muslim do with this teaching? Naturally, a Muslim should be extensively and frequently forgiving to others.

And let them pardon and overlook. Would you not like that Allah should forgive you? And Allah is Forgiving and Merciful. (Quran 24:22)

The first names of Allah mentioned in the Quran are Ar-Rahman, the Most Merciful, and Ar-Rahim, the Bestower of Mercy. It’s not an accident that these are the very first names mentioned. It’s a clear message on who our Creator is, and on how the faithful should live: be merciful to others, that is, if you want to receive mercy.

The Prophet Muhammad elucidated this message:

Those who are merciful will be shown mercy by the Most Merciful. Be merciful to those on the earth and the One above the heavens will have mercy upon you. (At-Tirmidhi- Sahih) 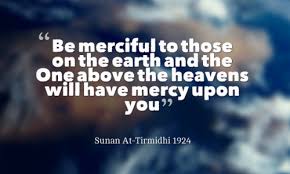 The Chapter of Joseph in the Quran contains many morals and lessons that are derived from the events of his life. The Prophet Joseph, who was very patient with the shenanigans of his brothers, at the end forgave them all and said to them:

No blame will there be upon you today. Allah will forgive you, and He is the most merciful of the merciful. (Quran 12:92)

He then showed gratitude to Allah by recounting His favors, but left one out:

And He was certainly good to me when He took me out of prison and brought you [here] from bedouin life after Satan had induced [estrangement] between me and my brothers. Indeed, my Lord is Subtle in what He wills. Indeed, it is He who is the Knowing, the Wise. (Quran 12:100)

He did not choose to mention his rescue from the well, whose stay arguably could have been more life-threatening than his prison stay. Despite having the upper hand at the end, he empathized with his brothers by not mentioning it to avoid rebuking them, especially since he said to them:

“No blame will there be upon you today.”

Zayd ibn Harithah enjoyed having the honorable title of Zayd ibn Muhammad (son of Muhammad) as the Prophet’s adopted son. However, the Prophet Muhammad was the last and final Messenger, and to avoid any confusion of an inherited prophethood, the Prophet was not to have a son that would survive him. That also meant no one was to claim to be his son even through adoption anymore:

Call them by [the names of] their fathers; it is more just in the sight of Allah. (Quran 33:5)

Muhammad is not the father of [any] one of your men, but [he is] the Messenger of Allah and last of the prophets. And ever is Allah, of all things, Knowing. (Quran 33:40)

Such an honorable title was taken away but replaced with a greater honor. Zayd’s name is the only companion’s name mentioned in the Quran. In essence, his name became Quran.

The valuable lesson from this event for the believer is that nothing is taken or given up for the sake of Allah except that Allah replaces it with something better. A believer is never deprived, and thus, should not suffer from sadness due to loss:

You never leave off anything for Allah, the Majestic, the Sublime, except that Allah replaces it with something better than it for you (Ahmad- Sahih chain).

Aisha described the character of the Prophet Muhammad as:

His character was the Quran. (Sahih al-Jami’- Sahih)

From directives that mandate worshipping one God to being just to showing kindness with parents to selecting peace over ideal conditions to improving one’s self, the Quran plays an instrumental role in shaping the believer’s character. It even provides guidance on relationships between spouses.

And of His signs is that He created for you from yourselves mates that you may find tranquility in them, and He placed between you love and mercy. Indeed in that are signs for a people who give thought. (Quran 30:21)

Allah mentioned two qualities when found in a marriage, they sustain the relationship: love and mercy. Relationships usually begin with a lot of love. Some relationships are fortunate to have love continue in their marriage, while some seem to allow the spark to dwindle.

When disagreements arise and when love gets affected, the second quality must shine more than ever– mercy. The character of being merciful protects each spouse from harming or mistreating the other. The ideal relationship, however, would be to maintain the blessing that Allah placed in the beginning of the marriage with both qualities– love and mercy.

The Quran is set to make believers better human beings if it is followed properly. Letting the Quran speak and cut through the noise of unproductive traditions and customs will clear the smokescreen placed on Islam.

How much of the Quran is your character?