The Prophets were quick in repenting to Allah even though they actually did not sin in the actual sense of the word.
aaa

Storytelling is one of the most amazing ways of getting our message across.

Public speakers, book writers, motivational article writers, etc. are all taught to give vivid imagery through stories, as stories are how human beings best connect. Allah created us, and He knows best how we learn and how we remember.

Among the chapters in the Quran with stories of a few Prophets, is the chapter Sad. It is an interesting chapter and Allah mentions in it the stories of Prophets Adam, David, Solomon and Job (peace be upon them) and their various trials.

After all Allah says in the Quran:

We have created death and life such that we may test which of you is the best in deeds. (Quran 67:2)

So what are the trials of these Prophets and how did they deal with it?

1. Prophet David– The Trial of Justice

Allah first mentions of the great blessings that Allah had given Dawud (David peace be upon him) through the fact that animals would listen to his recitation and that he was given a huge kingdom and success in his worldly life.

He then moves on to tell us a story. Two angels, posed as men, were sent to Dawud and one of them asked him:

This is my brother. He had ninety-nine ewes and I just the one, and he said, “Let me take charge of her,” and overpowered me with his words. (Quran 38:23)

Prophet David immediately agreed without listening to the other side of the story and said this was oppression. However, immediately:

David realized that We had been testing him, so he asked his Lord for forgiveness, fell down on his knees, and repented: We forgave him [his misdeed]. His reward will be nearness to Us, a good place to return to. ‘David, We have given you mastery over the land. Judge fairly between people. Do not follow your desires, lest they divert you from God’s path: those who wander from His path will have a painful torment because they ignore the Day of Reckoning. (38:24-26)

The lesson for us in this is to be just, and hear out both sides of an argument regardless of how convincing one side may seem to be. We are Muslims and we are commanded to be just, even if it means going against close family members, our own selves or having to take the side of a disbeliever over a believer.

And also the lesson in this is that the Prophets were quick in repenting to Allah even though they actually did not sin in the actual sense of the word. They aimed for perfection, and any failure to reach that would make them seek the forgiveness of the One who is Perfect

2. Prophet Solomon– The Trial of Wealth and Worldly Success

Next up comes the son of Dawud who was himself a Prophet- Sulaiman (peace be upon him). The test of Sulaiman was in the fine wealth that he had been given. He had some fine horses which were beautiful and would say:

However, scholars of tafsir mention that he missed a prayer when he was busy in finding the horses which had gone away from him. And thereafter He repented to Allah:

Lord forgive me! Grant me such power as no one after me will have– You are the Most Generous Provider. (38:35)

Interestingly, in spite of all the wealth that Solomon had, Allah still called him:

He was an excellent servant who always turned to God. (38:30)

And in spite of making a dua that was asking for kingdom and dominion, Allah still mentioned about Solomon:


The trial of Solomon shows that the natural understanding of many Muslims that wealth itself is something bad is wrong. Rather, it is the love of wealth, and when that love for wealth exceeds the love of Allah and takes us away from is that a problem. We also learn that asking for the good things of the dunya is also not something terrible! 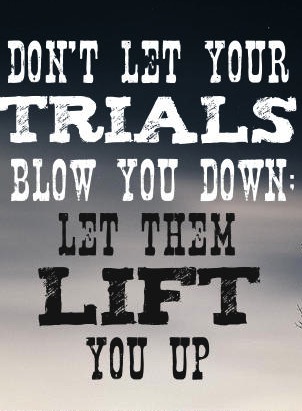 Allah goes on to mention the story of Prophet Job (Ayyub peace be upon him) in a short passage of how he suffered from a bad illness, and had lost many of his children.

However, he made dua to Allah and Allah cured him of his problems and restored to him his family over time, due to Him turning in dua to Him and being patient.

In this is the lesson of patience, and that patience ultimately pays a good reward, and expiates for our sins. And in spite of the fact that the trials of Solomon and Ayyub (Job) differed greatly, Allah said with regard to Ayyub something similar to what He said regarding Sulaiman:

Indeed, Allah Himself says in another part of the Quran:

Most certainly the patient will be given their rewards without any account. (39:10)

Then Allah comes to the very common story in the Quran of Adam being tempted by Satan to eating the forbidden fruit and being expelled from Jannah.

However, in chapter Sad, Allah mentions only the conversation between Allah and Satan. And in it Satan makes dua to Allah for respite till the Day of Judgment and shows His arrogance.

Thereafter, He promises to lead human beings astray by tempting them. Satan’s job is to beautify all that Allah has made haram upon us and make it attractive to us.

Just like, among the millions of fruits of Paradise, he made attractive only that one fruit to Adam. The lesson we learn is that temptations to sin are from Satan and we should seek refuge in Allah from falling into his traps.

Also, it is important to learn that there are many alternatives which are halal to that which Satan invites us to do.