On account of it being a natural, pragmatic and rational religion (code of life), Islam recognized the magnitude of the conundrums posed by the proponents of agnosticism and its derivatives, facing them head-on. Islam knew that the problem lay in people and their epistemological sources and methods. The problem was with-in, rather than with-out.

As a result, Islam’s remedial measures focused much of their attention on the arousal and purification of human mind and soul. Man is constantly taught about his self, his noble purpose and calling as God’s vicegerent on earth, his rights and responsibilities towards his self and other life realities, his place and role in the universe, his physical, spiritual and mental capacities and strengths, etc.

Man is thus taught to be fair and just, most of all, to himself, then to others, for the latter is impossible without the former. He is also taught to come to terms by means of his gifts and faculties with the undeniable verity that absolutely nothing in life is without a purpose, so to claim that the entire phenomenon of life is meaningless and purposeless would be grossly absurd and illogical.

Similarly, everything in life functions perfectly and in accordance with the highest standards of unity, harmony and equilibrium, so to claim that the whole of existence originated and subsists as a result of a series of coincidences would be as irrational and strange.

Man, by definition, is an intelligent and inquisitive being created but to learn and know. Every day and moment, and in every situation, he is to discover and learn something new. His fleeting stay on earth is but a journey of self-realization, development and enrichment. It is by all means implausible to have such a restless and curious being living and operating in the unknown and the unknowable. Such a situation would defeat the whole purpose of existence and the meaning and purpose of man himself and everything he strives for.

Even saying that positively knowing about the existence of God and the supernatural might one day come to pass — even in some measure only — is nothing but an archaic cliché, or a form of philosophical escapism, in that thousands of years have elapsed and thousands of great minds and a lot of scientific effort have been “wasted” only to hear again and again that we live in the unknown and the unknowable.

What is going to make the future scientists, philosophers and their voluminous scientific efforts fare any better? While humankind might be running out of time, two wrongs will never make a right.

Indeed, reasoning that the ultimate truths are either unknown or unknowable represents such a huge mismatch between the innate character and ambitions of man and his life undertakings and general challenges that it appears as though an insult to his remarkably unique self and identity. It leaves man bereft of any genuinely meaningful sense and value he could authenticate and sustain his temporary life with.

The matter, in actual fact, is almost on a par with such hypothetical mismatches or absurdities as, for instance, man living in water and fish on land, or as man living on another planet and someone, or something, else replacing him on earth. The latter examples are deemed absurd and far-fetched because they violate the basic laws of existence. The notion of agnosticism is seen in the same light, too, as it also contravenes some of the most basic paradigms of life.

Islam, therefore, made compulsory the enterprise of knowledge seeking, for both men and women, and from the cradle to the grave. Seeking knowledge brings a person closer to God and renders his admission into paradise (jannah) much easier. Knowledge is associated with light, piety, peace, happiness and success in both worlds. Ignorance, doubt and uncertainty, conversely, are regarded as the sources of every misfortune and failure.

Allah declares in the Quran that only His knowledgeable servants truly fear Him (35: 28), and that those who know and those who do not are not equal, but:

Only they will remember (who are) people of understanding (39: 9).

The inhabitants of hell will say on the Day of Judgment, emphasizing the substance of the earthly life and its relationship with the Hereafter:

Had we but listened or used our intelligence we should not (now) be among the Companions of the Blazing Fire! (67: 10)

The Prophet (peace be upon him) summed up the Islamic view of knowledge and the importance of its seeking as follows:

If anyone travels on a road in search of knowledge, Allah will cause him to travel on one of the roads of paradise. The angels will lower their wings in their great pleasure with one who seeks knowledge, the inhabitants of the heavens and the earth and the fish in the deep waters will ask forgiveness for the learned man. The superiority of the learned man over the devout is like that of the moon, on the night when it is full, over the rest of the stars. The learned are the heirs of the Prophets, and the Prophets leave neither dinar nor dirham, leaving only knowledge, and he who takes it takes an abundant portion. (Sunan Abi Dawud, Book of Knowledge, Hadith No. 1)

Islam made the knowledge of the ultimate truths both readily available and attainable. That is done by means of utilizing intuition, the five senses, reason, the natural or physical world, and revelation. The key is the revealed knowledge which realigns and guides the other four epistemological sources. It also awakens and nourishes in man his spiritual dimension. It sets him free from the shackles of the physical world and propels him to the unprecedented stations and viewpoints whence he could behold the life wonder in its truest multidimensional physical and metaphysical light. 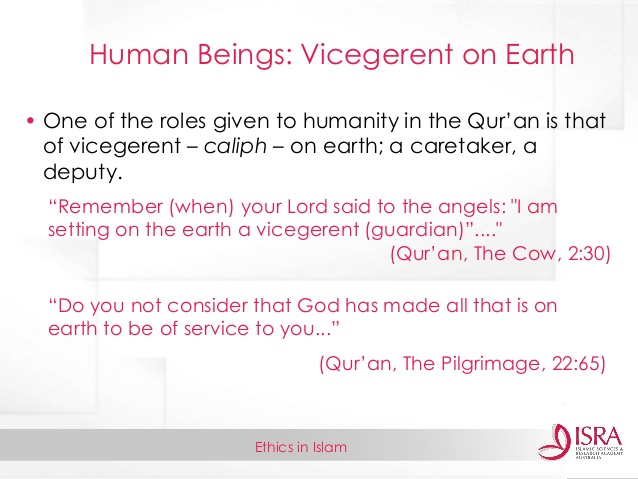 Since its inception, Islam as a guidance based on the human primordial nature and reason, declared a war against falsehood, ignorance, blind following even in sheer religious matters, deliberate mediocrity, apathy and intellectual indolence.

Anything that promoted or facilitated such spiritual and mental disorders was as sternly proscribed. It stands to reason that Islam as a comprehensive worldview and way of life is virtually synonymous with true knowledge and genuine civilization.

What is more, it is their solitary cause. It is only when there is Islam, both in the realm of ideas and thought and in the world of human experiences and palpable realities, that there will be authentic knowledge and genuine civilization. In its absence, there could only be fiction, or at best, some fragmented and ephemeral triumphs.

Revelation – which proves its own heavenly origin and authenticity — gives man a true empowerment and uplifting. It opens his eyes, mind and soul, enabling him to rise above the stifling obstacles of skepticism, doubt and uncertainty — which are fuelled and sustained by the state of man’s being trapped within the vicissitudes of the material world — and behold as well as read Allah’s incalculable signs in the universe which are as manifest in the smallest as in the grandest.

The truth is deposited everywhere, but only the right guidance, means and equipment can unearth it. The Quran thus proclaims:

Their messengers said: ‘What! Can there be a doubt about Allah, the Creator of the heavens and the earth? It is He Who invites you, in order that He may forgive you your sins and give you respite for a term appointed!’ (14: 10)

And why should I not worship He who created me and to whom you will be returned? (36: 22).

In other words, man’s ego, spiritual illiteracy and blindness are taken care of most. Man is convinced thereby that he must and can know, and as God’s vicegerent on earth, he is meant and facilitated but to do so.

It is all down to man and how much he is willing and ready to know. Such is the nature of the knowledge of the transcendent realm of existence that, in the end, man will get only as much as he honestly wanted and was ready for.

So have they not travelled through the earth and have hearts by which to reason and ears by which to hear? For indeed, it is not eyes that are blinded, but blinded are the hearts which are within the breasts (22: 46).

It is only when our will and the will of our Creator and Master concur that the veils concealing the ultimate realities and truth start falling. The life of true believers is all about removing those veils and constantly growing in knowledge, wisdom and grace.

It follows that agnosticism should be countered and remedied by discovering and learning about the self, first and foremost. This is so because only by completely knowing his self, man can know other transcendent realities of life — including God.

Only when there is epistemological and spiritual peace between man and his very self, there can be peace between him and the rest of life constituents. Man is a microcosm of the ultimate truth. If he really wants to find it, he need not go far.