Could the meaning of “daraba” be to launch a missile strike on the wife? A severe blow? A beating?
aaa

One of the most fearful places for a woman is her own home.

Domestic violence is not just a problem in the US, it is also a problem in the Muslim world. Some critics, however, claim that Islam allows– rather promotes, the beating of women. But, does it?

The stereotypical depiction of Muslim men’s treatment of their wives, cold, harsh, and unaffectionate, may be a reflection of reality to a degree, but in no shape or form does it represent the teachings of Islam or the character of all Muslim men. No more than the horrific domestic violence statistics in the US represent American standards.

It is common in the Arabic language for a word to have many meanings. For example, the word “ayn” can mean: an eye, a spring, the essence of something, the people in a city, a spy, the leader of an army, dinar coins, etc.

A word can also cover a spectrum of a meaning, where the word can be used to indicate any part of that spectrum. Take the Arabic word “daraba”, for example. It can be used to mean any degree of contact from a simple tap to a hit to a severe blow to a missile strike. Since the actual form of contact can vary, it is also used for different purposes. Here are some of its uses:

The phrase, “hit the road”, is used to tell one to travel or get going, and not actually to go out and start pounding the pavement. Interestingly, in Arabic the same word (a form for “daraba”: yadribuna) is used for travel as well, since contact is made with the earth through travel:

He has known that there will be among you those who are ill and others traveling (yadribuna) throughout the land seeking [something] of the bounty of Allah. (Quran 73:20)

A woman applying her headscarf is making contact with her body with the headscarf. As a result, the same word is used (a form for “daraba”: walyadribna), but this time it means to “wrap” the headscarf:

… and to wrap (walyadribna) a portion of their head covers over their chests (Quran 24:31)

By no means is she being told to beat herself with her headscarf.

Parables and examples are presented to make a point, or to make a connection with the intellect. In this scenario, the word “daraba” is also used for “striking an example” or “presenting something”:

Since the word “daraba” comes in a spectrum of meanings, it is open to interpretation. If that is the case, then what would it mean in this verse?

But those [wives] from whom you fear discord – [first] advise them; [then if they persist], forsake them in bed; and [finally], (the form for Daraba is used here: wadribuhuna- usually translated as beat or strike) them. But if they obey you [once more], seek no means against them. Indeed, Allah is ever Exalted and Grand. (Quran 4:34)

To be clear, the discord that is meant here is not referring to petty disagreements, but to grave violations of rights and responsibilities that threaten the marriage. 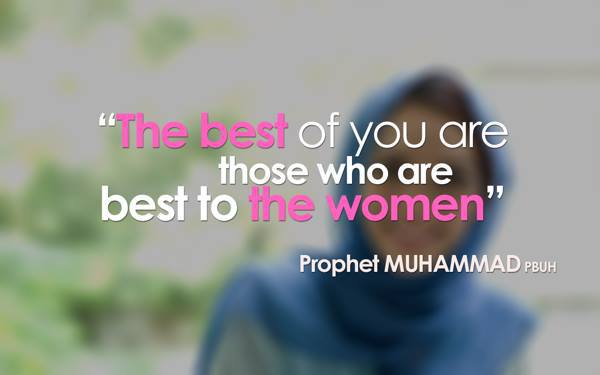 The practical steps in the verse provide guidance and replace dangerous behavior in the household.

Instead of succumbing to anger and using violence, the verse guides the husband towards concrete steps that accommodate the intellectual, emotional, and physical approaches to the wife during this difficult time.

The second step, only used if efforts in the first step did not prove to be fruitful, is the unsharing of the bed. This appeals to her emotions. It gives her a small taste of what separation may feel like. The message is- is the discord something you really want to continue, even if it may endanger our relationship and cause us to live separate lives?

The third step, only used if the many efforts in the previous two steps have failed, is the topic of our discussion. However, before we delve into the meaning of the letter of the law, it needs to be made clear that the interpretation of a word can not contradict the spirit of the law that is established by other definite texts.

These definite texts tell us that the best man in a community is the one:

Who is best to his family. (Sahih at-Targhib)

The Prophet told a man in regards to his wife to:

Feed her when you eat, clothe her when you clothe yourself, not revile her on the face nor beat. (Abu Dawud- Hasan Sahih)

The Prophet is an example to be emulated by the believers, a mandate in Islam. Aisha said about him:

The Messenger of Allah did not beat a servant or a woman, ever. (Muslim)

Keeping the previous texts in mind, could the meaning of “daraba” be to launch a missile strike on the wife? A severe blow? A beating? The interpretation that would best match the spirit of the law would be to “tap” the wife.

To clarify the nature of the tap, the Prophet’s companion, Ibn Abbas, said:

“…with a toothbrush or similar”.

Ar-Razi suggests for it to be done with a “folded handkerchief”. The Prophet further clarified that it is not to be a beating by stating that the contact:

Should not leave any marks. (Muslim)

To put things into perspective, this toothbrush or handkerchief tap is less impactful on the body than a passionate kiss.

In essence, the toothbrush tap makes for a physical tease- “come on, are we not going to resolve this ourselves??” This final step brings about the reality that the couple has a final chance to resolve their discord without external involvement.

If these 3 steps fail, the couple then goes into arbitration with a family member from each side. Islam places arbitration as an additional preventive measure for divorce in the interest of saving the family.

By inference, the third step in the verse also places the maximum limit of physical contact a man can have with a woman no matter how upset, angry, or dissatisfied he may be with her– anything above a toothbrush tap is never allowed.

This method, if followed, could prevent the millions of abusive men around the world from hurting their partners by restraining their violent impulses.

Interestingly, the critics do not realize that the verse that allows the tap is the very verse that prohibits domestic violence.