In the old days, some might say ‘the good old days’, specific groups of people lived in specific areas.

So, for example, the ‘Arabs’ lived in the ‘Middle East’ and things were much simpler and straight forward.

However, as Islam spread throughout the world, the Arabic language went with it because the Quran was revealed in Arabic and Islamic scholarship is in Arabic.

After that the people of various places who adopted Islam then came to be known (and call themselves) by their original ethnicity and, as they embraced Islam and mastered the Arabic language, ‘quasi Arabs’.

As the world advanced in know-how and attained marvellous technological advancements, and also due to war and poverty, the people of various regions migrated. This only complicated the matter.

Nowadays, we have people who identify themselves partly by their original ethnicity, which might be, Australian Aboriginal, Sri Lankan, Kenyan, Thai, Tongan, New Zealander, South American Indians, and so on, along with their ‘Arabness’ – because of their affiliation with the Quran and the Arabic language – as well as, perhaps, that of their new host country!

So we may now find people who are, for example, Fijian/Arab/Australians! The ‘Arab’ part of this equation might not be actually stated but if you were to ask Muslims of varying backgrounds whether they feel inclined to the ‘Arabic language and custom’ many would say: “Yes!” 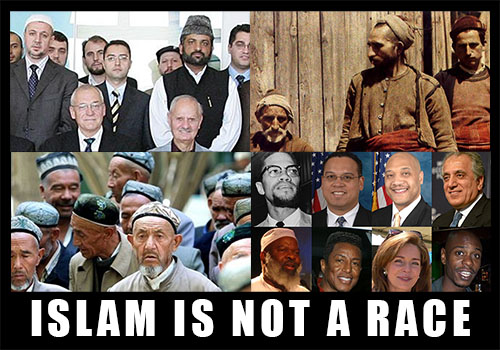 United by their faith we find Muslims living all over the world yet still abiding by the same acts of worship, like prayer, fasting, and pilgrimage. Surprisingly, only about 18% of non-Arab Muslims actually live in the Arab world. The country with the largest Muslim population is Indonesia and 30% of Muslims live in the Indian subcontinent, 20% in Sub-Saharan Africa, 17% in Southeast Asia, and 10% in China and Russia.

Even the Middle East itself is not all made up of Arabs; there is Turkey, Iran and Afghanistan and collectively they make up 10% of the non-Arab Middle East Muslims (Wikipedia). There are Muslim minorities in many countries; and Australia has a significant minority, and not all of them are Arabs.

Despite the modern world’s deluge of information through the internet and the media, people still harbor stereotypes and they are often very difficult to remove from a person’s thinking. If asked to describe an Arab, many non-Muslims might say: “An oil-rich Shaykh!” or “Someone who lives in the desert?” or “The people who started the Arab spring against unjust dictators.”

That is all very well if the person who says such things has made up his mind while watching a program on television about people living on the other side of the world! But it is a different matter if the so-called ‘Arab’ is living next door or down the street or across town.

If a Muslim is incorrectly labelled ‘Arab’ and he or she comes from Pakistan that sounds rather strange. It is even stranger for an Australian revert to be called ‘Arab’ when ethnically he or she is the same background as the speaker! Can we say this happens because of ignorance or is calling someone an ‘Arab’ also at times meant to be an insult?