God sharing His knowledge of what is good is a sign of His love for us.
aaa

“Work” has gotten its fair share of dislikes. From a young age, our experience with homework was not exciting. Classwork may not have been any better.

Later in life, our Monday mornings were laden with antipathy towards going to work. “Work” just became a cumbersome word that brought about negative feelings.

With this bias surrounding “work”, the idea that God does not require works in life seems attractive. But, is it probable?

“Surely, God is good. He does not accept except good”, said the Prophet Muhammad.

This declaration is profound. God, who is good, loving, and generous will naturally explain to His creation what is good for them and will want them to do good. As a result, He will not accept evil, but will only accept the good.

If God remained silent about man’s welfare, it wouldn’t be a sign of love. If God accepted evil, the acceptance of good would have no meaning.

Critics often object to God’s instructions for man, claiming that it doesn’t allow God to be accepting of evildoers.

God’s disapproval of evil does not mean that evildoers are left without recourse. True, evil deeds are not condoned or accepted by God because they are harmful to man, but the doors of mercy are open for evildoers.

The reward to risk ratio is 10 to 1: a single good deed is recorded as ten good deeds while a misdeed is only recorded once.

With this, and the power of good deeds to wipe away misdeeds, the granting of forgiveness when asked and when not asked for, the wiping away of misdeeds at any and all difficulties, the doors of mercy are not just open, but wide open.

God’s guidance for man is not designed to be a self-serving laundry list of expectations. God is Self-Sufficient, Rich, and Eternal. Instead, guidance is God’s benediction to man- revealing the secret on how to maximize benefit and avoid harm or reduce harm if it cannot completely be avoided.

Based on this principle of attaining benefit and repelling harm, all commandments arise. Polytheism is prohibited because it convolutes the source for knowing what is beneficial for man since man’s sole Creator would know best.

All in all, if God were to prescribe good, it would be via commandments. And if commandments were prescribed, works (or deeds for a less cumbersome word) would have to be prescribed.

However, God’s revelation has nothing to do with man’s ability to figure out for himself what is good or evil. It has to do with who God is – He is generous, kind, loving, all-knowing, merciful; and as a result, will share His knowledge of what is good with man.

Since the inception of man, man’s point of view on what is beneficial and harmful has varied. This will continue in the future because God has given man free will. 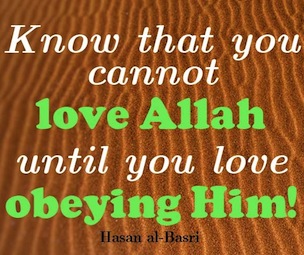 Man, though, has a choice to make: should he live a life of trial and error to figure out what is beneficial or not and risk harming himself and others without realizing it, or should he trust in the All-Knowing Creator and embrace what has been divinely classified as beneficial and harmful?

Some may wince at the idea of complying with Divine commandments claiming that it is a restriction on their use of the free will and intellect. Statements like “Religion is a crutch” or “Religion is the opium of the masses” portray religion as a tool for the weak-minded.

However, the most effective use of the free will and intellect is when it leads man to decisions that maximize his benefit. It’s a no-brainer then, to let the Creator – who knows the past, present, and future – explain what is beneficial and harmful to man.

Making the decision to ignore the all-knowing, infallible God and to rely solely on finite, fallible beings practicing trial and error is not a show of intelligence.

In essence, God sharing His knowledge of what is good is a sign of His love for us. Acceptance of His love would mean to accept His Commandments and to live by them. We can call them works or deeds or actions, but without them, we are stuck in one big contradiction: God is good but didn’t tell man to do good?