Marriage should be among partners who share a common outlook on life and morality, and who participate in this co-venture to fulfill their destiny as God’s vicegerents.
aaa

In Islam, the family is a divinely inspired and ordained institution.

It was not evolved through human experimentation involving a process of trial and error spread over time.

It was an institution that came into existence with the creation of man. The human race is a product of this institution and not the other way round.

God says in the Quran what means:

O Mankind, be conscious of your duty to your Lord, Who created you from a single soul, created of like nature, his mate, and from the two created and spread many men and women; and be mindful of your duty to God whose name you appeal to one another and to (the ties of) the womb. Verily God watches over you. (4:1)

In another chapter, the creation of man and woman and the marriage relationship permeated with tranquility, love and mercy have been described as “signs of God.”

Although marriage is a divinely-ordained institution, each marriage as such is in the nature of a contract. The word nikah used for marriage in the Quran and the Sunnah means contract.

In the Quran, marriage has been specifically referred to as a strong covenant. The pre-Islamic practice of inheriting women was forbidden. The consent of both spouses is an explicit condition for a valid marriage in Islam.

This means that marriage is a social contract: a noble and sacred contract, but a contract nonetheless. It leads to a number of relationships and engenders a set of mutual rights and obligations.

Each contract, however, is not a sacrament; it is not irrevocable. Divorce is permitted in cases where marriage has failed. Remarriage is allowed, even encouraged. There is no stigma attached to remarriage or to marrying a divorced woman or a widower.

Faith and the Family

Faith constitutes the bedrock for the institution of the family. A Muslim male can marry a Jewish or Christian woman, on the grounds that the Muslims, Christians and Jews believe in revealed books and as such share, to a certain extent, a common outlook on life.

This permission is only in cases where the husband, the head of the family, is a Muslim. A Muslim woman is not permitted to marry a Christian or Jewish husband, except when he embraces Islam.

Marriage should be among partners who share a common outlook on life and morality, and who participate in this co-venture to fulfill their destiny as God’s vicegerents.

Faith continues to play a decisive role in the entire system of family relationships. A father or a son is not to inherit or make a bequest to a non-Muslim son or father.

Thus, marriage is not simply a sexual relationship. It is a basic religious and social institution.

Islam enjoins marriage. It forbids all forms of sexual relationships outside marriage (i.e. pre- or extra-marital relations). It prescribes that this relationship must not exist simply in the pursuit of momentary and ephemeral pleasure, “just to have a good time,” but should be via marriage and should proceed in a responsible, well-planned and stable manner.

It has to be institutionalized in the form of marriage and a stable family life. This relationship is not a temporary relationship; it is a permanent and enduring one and both partners are expected to make a serious and sustained effort to live together and play their role in society. 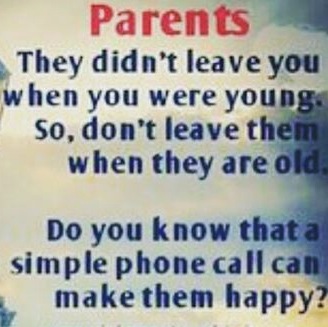 The institution of the family plays a very important part in the Muslim society. It is a basic unit of that society and is organized in such a way that it operates as society in miniature. About one third of the legal injunctions of the Quran relate to the family and its proper regulation.

The network of rights and obligations that provides the basis of family life aims at producing those attitudes and behavioral patterns that Islam wants to foster in the individual and in society.

A new balance has been established in the roles and relationships that exist between men and women, between young and old, between near-relatives and distant kith and kin, between freedom and discipline, between individual discretion and social control.

The Muslim family is an extended family with different relations occupying different positions. It is not a nuclear family consisting of the parents and children only; it normally has three or four generations under its umbrella.

A careful look at the Islamic law of inheritance shows that all these relations are an integral part of the basic family structure and not just peripheral to it.

Islam affirms the equality of men and women as human beings. This, however, does not entail non-differentiation of their respective roles and functions in society.

Islam disapproves of the free mixing of the sexes and regards this as conflicting with the role it assigns to the family in society. The primary responsibility of woman is to concentrate on the home and the family, and all that is required to operate and develop these institutions. She, too, has certain social responsibilities, rights and duties, but her primary concern is the family.

This is a functional distribution of roles and activities and is regarded as essential for the proper functioning of the different institutions of society and for its moral and social health and well-being.

The responsibility for earning a living rests with the husband, while that of proper education, training and upbringing of the children and the optimal functioning of the home and wider family relationships rests with the wife.

The family in Islam constructs the basis of the society. It should be laid on a solid foundation of mutual understanding between the husband and wife.

This article was published in “Family Life in Islam” by the Islamic Foundation.