Not seeing Allah is only a temporary decree for Allah’s true servants, who are closest to Him in this world.
aaa

One may ask why we cannot see Allah, although we can communicate with Him so closely.

In a nutshell, we cannot see Allah because, first, there is nothing like Him (Al-Shura 42:11).

Our eyes, and other senses and faculties, are things and thus, can only see other things belonging to the corresponding existential realms. They cannot see, hear or recognize beyond the orb of our everyday existential things and objects.

Second, nobody says that humans will not see Allah. Both the Holy Quran and the Prophet’s sunnah are explicit that believers will see Him in Paradise (Jannah).

The vision will be as clear and certain as seeing the moon on the night when it is full.

The sun on a cloudless day” (Sahih al-Bukhari).

What is more, seeing Allah will be the best reward in Paradise; whereas not seeing Him will be the worst and most painful chastisement for the inhabitants of Hell. Seeing Allah is the greatest blessing and joy, so it is withheld for the place of ultimate blessing and joy, namely Paradise, and it is reserved exclusively for believers. This, in addition, serves to believers as a strong motive to continue doing good in this world and never get bored or give up.

It goes without saying that not seeing Allah is only a temporary decree for Allah’s true servants, who are closest to Him in this world. Seeing Allah in Paradise could also imply the pinnacle, or culmination, of their incessant drawing closer to Him.

Third, we cannot see Allah now and here because we are trapped in time and space, while He is beyond them. Time and space are Allah’s creation. He is not fettered by them; we are.

Consequently, man cannot think except along the lines of time, space and matter. Once the hindrances posed by the time and space factors of this world are eliminated in the Hereafter — or modulated, together with man himself and his various faculties, so as to make them suitable and fitting for the conditions of the Hereafter – seeing Allah will appear utterly viable and sensible, especially for those who will be Paradise-bound.

Even in this world, man can see instantly and directly very little and a very few things. Man is myopic or short-sighted, so to speak. He cannot see more because of a myriad of time and space factors and influences standing between him and things, incapacitating him from seeing more. To see more, man must overcome, or eliminate, those factors and influences. The problem, therefore, is not with things and objects, but with man and his limited abilities.

For example, a person sitting in a windowless room can only see the room’s interior. To see outside, he must leave the room; that is to say, he must overcome the room as a hindrance to seeing outside.

Moreover, to see a friend in a nearby town, 50 km away, the man must travel that much; that is, he must overcome the hindrance of the necessary distance and time that separate him from seeing the friend. The same principle applies to seeing everything else that lies outside the parameters of the windowless room.

At any rate, to see and experience things, man must free himself from the physical milieus and situations wherein he, as substantially a physical being himself, is confined or imprisoned. 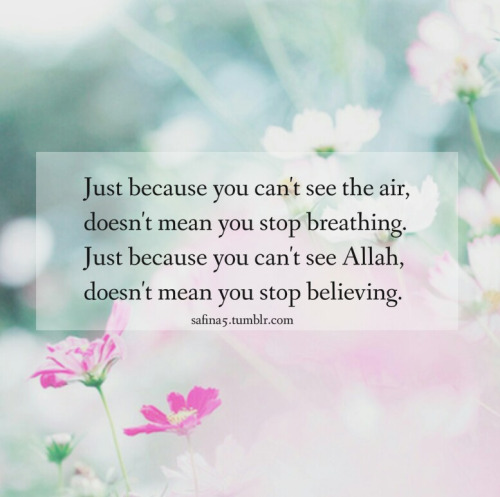 The whole issue is about man and his weaknesses, exacerbated by the spatial and temporal parameters and constraints within which he operates. Yet, there are many other things right inside man, or everywhere around him, which man cannot see, but which undeniably exist.

Some of those things are radio waves as a type of electronic wave used to transmit data for satellites, computer networks and radio, atoms as the smallest building blocks of matter, air or oxygen, ultraviolet light, gravity, the mind, the soul, emotions, quantum particles, the actual size of the universe, etc.

Anyway, it makes sense to wish, yet ask, to see existing things and objects. But a code of ethics, as well as a dose of pragmatism and common sense, are needed. Man must realize that, just like in everything else, there are certain physical, rational, ethical and spiritual rules, regulations and procedures that preside over the prospect of seeing things.

For man — insignificant, weak and vulnerable as he is — to insist on seeing Almighty Allah, Who is the only truly Transcendent Being, the Exalted, Sublime, Ever-Living and Self-Sustaining, while he is imprisoned and stuck in the yokes of matter, is at once an ignorant, arrogant and preposterous pretense.

When Allah spoke to Prophet Musa (Moses) on Mount Sinai, Musa at one point said:

O my Lord! Show (Yourself) to me that I may look upon You.

Moses asked to see Allah because, as a prophet, he knew that seeing Allah is not impossible, nor that wishing, or even humbly asking, to see Him in extraordinary situations such as the one in which Moses had found himself, is blasphemous.

When Allah replied that Moses neither will, nor could, see Him, He meant that in the context of this world only – as is the view of all mainstream exegetes (mufassir).

And when Allah said to Moses after that:

Behold this mountain: if it remains firm in its place, then — only then — will you see Me.

Allah wanted to bring home to Moses his existing human weaknesses, as well as the impediments and hurdles of time and space, which will need to be overcome, or liquidated, if he was to see Almighty Allah.

Allah wanted to communicate to Moses that he was not ready to see Him, nor had the time come for such an event to take place.

When his Lord manifested His glory on the mount, He made it as dust and Musa fell down in a swoon. When he recovered his senses, he said: ‘Glory be to You! To You I turn in repentance and I am the first to believe’ (al-A’raf 7: 143).

When Prophet Muhammad (peace be upon him) was asked if he had seen Allah on the night of Mi’raj (ascension into heaven), he replied:

(He is veiled by) Light, how could I see Him? (Sahih Muslim).

No vision can grasp Him, but His grasp is over all vision. He is above all comprehension yet is acquainted with all things (al-An’am 6:103).