If the spirit of iqra’ is revived, there will be no separation between religion and any aspect, or dimension, of life.
aaa

No wonder, this awareness led to the creation of a powerful Islamic civilization whose most conspicuous characteristics revolved around the notions of knowledge, education, wisdom and science.

It was a civilization of learning (reading), which was caused and sustained by learning and learned (reading) generations. Such was an engine of Muslim civilizational growth and cultural enrichment through centuries. It was only when such a spirit was lost that Islamic civilization started declining, and the Muslim community started losing ground to other nations and their less adequate patterns of civilizational progress.

Today in the age of globalization, as Muslims grow more and more desperate in their quest to restore their cultural and civilizational identity and respect from others, they should know that the only way forward is the revivification of the universal concept of iqra’ (read!), as revealed to Prophet Muhammad in the Hira’ Cave, and everything such concept entails.

That endeavor would bring an end to many alien, inept and outright useless alternatives Muslims have adopted in recent times in order to fill the void left by their gradual abandoning of the original iqra’ scheme.

If revived, the authentic iqra’ process would minimize memorization – unfortunately often associated with little or no understanding whatsoever – replacing it with a combination of better comprehension and practical application of knowledge.

Today almost every Muslim has downloaded on his smartphone – a gadget without which, in actual fact, life is unimaginable — the Quran with its translations and numerous commentaries, anthologies of the Prophet’s Sunnah, encyclopedic works on fiqh, seerah, Muslim history, etc.

Every aspect of Islamic knowledge is constantly with a person and is available at his fingertips. Everyone is a walking encyclopedia, so to speak, in the sense that practically everyone has limitless access to limitless knowledge at all times.

Accordingly, talking about memorization today should not be in the sense of preservation and safeguarding – as it was in the past; hence the word hifz, which means safeguarding, and which is used for memorization — in that everything is already painstakingly preserved and safeguarded. This is in no way a call for abolishing memorization in Islamic scholarship. However, it is a call to seriously reconsider it and revisit its scope.

Nor should just reading a book – or books – and teaching notes from PowerPoint be the way. As a lecturer myself, I often wonder what my role in teaching Islamic studies today should exactly be. To keep saying – and repeating — things every single student has on his smartphone, or can easily find on a website and in numerous library books, certainly is not the way either.

That way, coming to a class is tantamount to wasting time. Reading alone in a hostel room, or productively spending the same time in a library, is a better option by all accounts.

Indeed, teaching and learning in classes ought to be more challenging, more provoking, more productive, more eye-and-mind opening and more real-world an experience.

Sometimes I tell my students in certain Islamic studies courses that if they at the end start asking questions they never asked before, or they start looking at some absorbing life issues and challenges from perspectives they never did before — that will be regarded as a great success.

Or if they realize that they do not know and genuinely need to know, or that they can identify voids in their personal lives and, at the same time, know where exactly to go to pursue solutions — that, too, will be seen as a great leap forward. 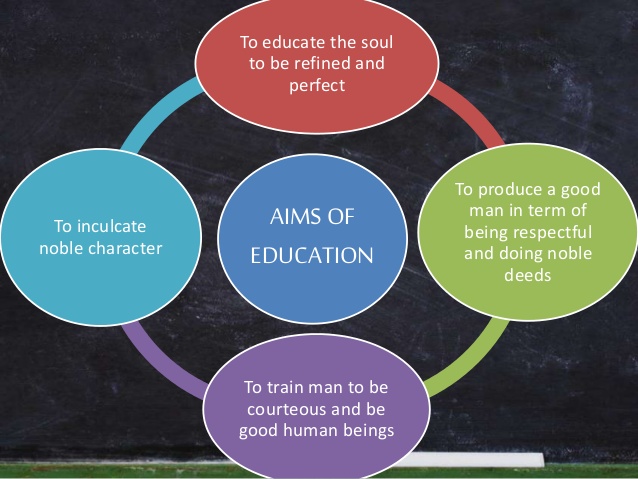 I keep encouraging them to “read” and investigate themselves and their lives honestly, pragmatically and ingeniously. It is better to have genuine questions than faulty or sub-standard answers. It is better to be life-oriented than good marks-obsessed, or driven. The former stimulates and galvanizes, whereas the latter deludes and debilitates.

It is in this context that I am starting to feel more and more inclined towards the modern theory of outcome-based education, according to which no single specified style of teaching or assessment is adopted, and where the role of a lecturer adapts into teacher, trainer, instructor, facilitator, and/or mentor based on the specified and adopted outcomes.

Moreover, conducting Islamic studies programs need also be thoroughly re-evaluated. Such programs during most turbulent periods of Muslim history have been divested of their true meaning, dynamism and purpose.

Instead of being man and life-oriented, promoting and facilitating the creation of righteous cultures and civilization – as implied by the iqra’ (read!) imperative – they became synonymous with mediocrity, regress, apathy and narrow-mindedness.

One wonders, therefore, about the benefits of meticulously studying today, for example, some minor long-extinct religious sects, some endless — at times utterly meaningless — debates in the fields of philosophy, ‘ilm al-kalam (Islamic scholastic theology), Sufism and even fiqh (jurisprudence) and tafsir (exegesis of the Quran).

It is unfathomable, for example, that while Muslims are today on the brink of total and all-consuming sectarian conflicts, many Islamic educational programs actively participate in exacerbating the predicament by the ways they teach certain sensitive historical episodes, theological doctrines and jurisprudential questions.

As is inexplicable, in equal measure, that numerous irrelevant and outmoded topics are dealt with lengthily – with countless books and theses being filled with them — while a great many pressing issues that aim to afflict the Muslim youth, Muslim politics, economics, education and human relations are either ignored or tackled only sporadically and superficially.

Furthermore, if the spirit of iqra’ is revived, there will be no separation between religion and any aspect, or dimension, of life. This is so because Islam is life, and life, in turn, is Islam, in that it represents and mirrors the same truth.

That said, as the most ideal and somewhat farfetched implication of iqra’, having separate Islamic studies educational departments and programs, should be reduced to a minimum, or be done away with altogether – except in cases with very specialized character, objectives and scope.

However, this is just concerning departments and programs, not Islamic studies as such. The latter should be integrated in all other educational programs that normally stand for different aspects of everyday life.

The process of integration should be so seamless and harmonious that the students of a program, while learning about the chosen academic field of theirs, learn about Islam as well, without developing a feeling that the same has been unwittingly imposed upon them.

When they talk about professional codes of ethics, Islamic ethics and its application will be learned and discussed extensively. The implications of the same for the whole community will also be dwelled on. The legal aspects of various knowledge fields will bring the students face to face with Islamic shari’ah and fiqh.

Moreover, the subjects of history will focus chiefly on the history of Islam, Muslim peoples and Islamic culture and civilization. That will create a framework from which every other aspect of human history and civilization will be studied.

Finally, every program will aim to make of a student an excellent, holistic and righteous man (and woman) ready to make a positive contribution in every context he (she) might find himself (herself) in, including the context of his (her) professional life. In this way, the students will become both better professionals and better Muslims.

Indeed, it is high time that Muslims stop embracing and practicing virtual illiteracy in the name of education and cultural development.