The first role of the Quran and Sunnah as the sources and foundation of Islamic architecture is to afford a perfect guidance on how Muslims are to perceive creating, using and possessing architecture.
aaa

Concerning the realm of architecture, the role of the Quran and the Prophet’s Sunnah is to provide Muslims with an inspired outlook on life, in general, and on those issues that are pertinent to architecture, in particular, and with some broad rules of morality and guidelines of proper conduct which may, or may not, be directly related to architecture.

Upon such a divine point of view and general principles and guidelines Muslims are invited to establish architectural theories, systems and styles that are consistent with both their religious preferences and the requirements of their diverse eras, geographic regions, cultures and other practical needs and conditions.

Islamic architecture is a symbiosis between permanence — which is represented by the constant innate inclinations of essential human nature and the heavenly guiding principles and regulations meant for it — and impermanence which is necessitated and controlled by the time and space factors. It is the latter that changes, while the former is abiding and remains unchanged.

However, there is no segment of Islamic architecture that can be inspired by such ideas and attitudes as stem from the sources that are contradictory to the source whence Islamic architecture originates, that is, revelation in the form of the Qur’an and Sunnah of Prophet Muhammad (peace be upon him). Such would be a blasphemous act and an act of gross injustice towards the Muslim users of the particular segments of architecture.

Islamic architecture declined, struggling to retain its conspicuous identity, only when its two defining poles were bartered, that is, when the sacred in Islamic architecture became compromised and was regarded as a transient and man-generated legacy, and when either a building system or a style of an age or a geographic region became excessively venerated and was regarded as a sole inspiration and guidance, or when a complete detachment from the religion of Islam and its civilizational outlook occurred and an inspiration and guidance were sought from foreign sources.

It follows that successfully reviving the real meaning and vitality of Islamic architecture depends on properly conceptualizing its basic notions and its conceptual framework, which then should be followed by finding and actualizing appropriate operating strategies and methods for it.

It is on account of this that the first role of the Quran and Sunnah as the sources and foundation of Islamic architecture is to afford a perfect guidance on how Muslims are to perceive creating, using and possessing architecture. That is an integral part of the total Islamic worldview and belief system. The two holy sources also educate on the importance of architecture and its purpose in life.

The goals of architecture are closely linked to man’s life purpose and goals, and are treated as such. The two in fact complement each other. Thus, a Muslim architect should perceive himself firstly as a servant of God, then as an architect. 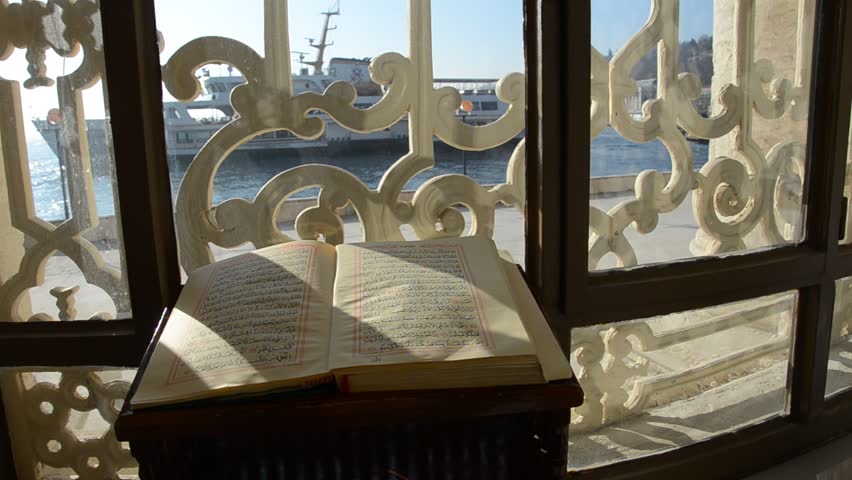 A Muslim architect should see his profession as no more than a means towards realizing his noble terrestrial mission as a vicegerent and servant of his Creator and Master.

It stands to reason that a conceptual dimension of architecture, which determines and shapes its physical and artistic dimensions, is perhaps most critical in evolving an architectural style. This is so because humans are not the only creatures that build. Many a creature that we classify low down the hierarchy of the animal kingdom, such as bees and ants, build elaborate structures.

However, it has been suggested that it is awareness, thinking and imagination that single out humans as superior to other animals in architectural output. While the rest of creation acts on the environment instinctively with no reasoning or training — as preordained by God, the Creator of the universe — humans do the same willingly and at their own discretion.

Since their actions are preceded by thinking, rationalizing and beliefs, human beings clearly demonstrate through acts of building — and every other engagement of theirs — their philosophy of and outlook on life and its multitiered reality.

The relationship between the two — that is, people’s outlook on life and the disposition of their actions, including building — is causal, the former always being the cause of the latter. No sooner does a paradigm shift occur in one’s worldview, no matter how (in)significant, than a corresponding change ensues in the very essence and character of one’s performances, thus revealing and immortalizing one’s actual relationship with his own self, his peers, other creatures and, of course, with his Creator and Lord.

The Quran and Sunnah afford sets of broad and general values and principles that are central to the body of architecture: from the conceptual and abstract aspects, to the practical and tangible aspects concerning the functions of various components of Islamic architecture.

If one expects to find either in the Quran or Sunnah a concrete formula for designing a dwelling or a mosque, for example, one is then seriously misguided. Equally misguided is he who asserts that the architecture of Muslims has nothing to do with the beliefs and value system of Islam, and that the two should be kept clear of each other.

The Quran and Sunnah with their vision of, and approach to, architecture function as the everlasting sources of inspiration and catalysts for matchless ingenuity, in addition to the rest of conventional sources and catalysts needed by architects. And the two notions: inspiration and ingenuity, are fundamental to every successful architectural story. It is even argued that the wellbeing of civilizations depends on how creatively and resourcefully they respond to recurring challenges confronting them.

Those were only some examples where the contents of the Quran and Sunnah can function as the sources of motivation and catalysts for creativity. That however is to be seen just as a starting point from where a Muslim architect sets off to express himself architecturally and produce such architectural concepts and forms as he deems most suitable insofar as his spiritual proclivities and life interests are concerned, using then the same divine guidance as a point of reference for acceptance and authorization whenever an architectural accomplishment is made.