The fast-deteriorating breath-taking skyline of the old Cairo
aaa

Since my childhood, I had a feeling of inexplicable admiration for Islamic traditional buildings, be they mosques, madrasahs (schools), houses, caravanserais (khans), bazars, and, to some extent, even Sufi khanqahs (tekkes or zawiyahs), mausoleums and tombs.

As I grew older and was making Islamic studies, history and civilization my career path, the feeling was morphing into a mixture of awe, inspiration and exuberance. By the time I was standing on the threshold of delving deeper into the realm of intellectual profundities and intricacies, I was experiencing a passionate love affair with Islamic traditional architecture, both as art and science.

For me, the biggest intellectual mystery and challenge was to discover, unweave and come to terms with the reasons that make Islamic, especially traditional, architectural heritage so mesmerizingly beautiful and appealing.

It’s been 18 years since that affair had begun and chances are that the same is set to become my ideal lifelong relationship because as things stand now, both Islamic architecture and I reciprocally have so much for each other. We share so much that a separation between us seems as good as impossible indefinitely.

While Islamic architecture, universal and timeless as it is, has and selflessly offers an infinite world and treasure of value, meaning and purpose, I, on the other hand, have, and am selflessly ready to put at the former’s disposal, my total and unreserved passion, dedication and readiness to incessantly learn from and be infinitely inspired and guided by it. 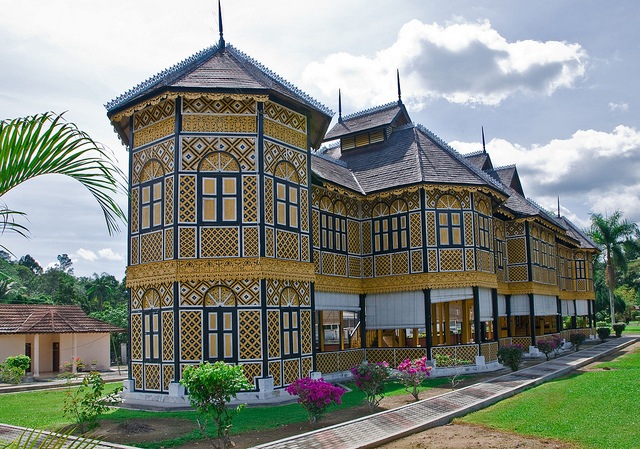 The following are the main reasons why Islamic traditional architecture is so captivating, elating and mystifying to me (in fact, such holds true for most even casual Muslim observers). Most of such reasons, however, are intrinsic and intuitive, rather than material and palpable, and so, quantifiable. They are furthermore spiritual and intellectual, rather than empirical. Thus, an additional subtle sensory perception, or a sixth sense, is always needed for adequately and sufficiently comprehending and appreciating the multidimensional and multitiered world of Islamic traditional architecture.

2. I, as a Muslim, am to try at all times to subscribe to, embrace and implement the same worldview, values and principles. Thus, the vast world of ITA and my personal existential world run parallel to each other. Accordingly, whenever I observe, use or interact with an element of ITA, I easily identify myself and my little world with the imposing presence and complex world of the latter.

3. I easily establish a spiritual, emotional and intellectual relationship with ITA. Our worlds are at peace with one another, supporting and complementing, rather than conflicting or debilitating, one another. Indeed, the existence of sound and reciprocal spiritual, emotional and cerebral relationships between the built environment and its people is an unmistaken sign of an excellent architecture. When such relationships cease to exist, that will spell the end of all architecture.