Muslims in Birmingham attended an outstanding event in their city a few days ago.

While the theme of last year’s convention was In the Company of Angels, this year it was about the Promise of Allah.

With a distinguished team of local and international speakers, this year’s UMC was an excellent reminder of this important basic concept mentioned in many chapters in the Quran.

Muslims around the world are going through a lot of challenges right now, and we all need this important reminder. 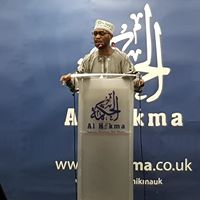 “Do you believe in the Promise of Allah?”

That was a question brother Taji Mustafa asked the audience in his highly motivational speech.

The Story of Prophet Joseph

He reminded the audience of the story of Prophet Yusuf (peace be upon him) who went in his youth years from one hardship to the next.

His brothers threw him in a well as a child, then a passing caravan rescued him and sold him as a slave. He later ended up in the house of Al-Aziz of Egypt.

Some years later, he went through more hardships, tempted by the wife of Al-Aziz, then thrown in jail and forgotten there for a number of years.

Did he give up?

Did he disbelieve in the promise of Allah?

The answer we know from the Quran is no, he didn’t.

He came out of jail and Allah (SWT) gave him a high rank in Egypt:

And thus, We established Joseph in the land that We might teach him the interpretation of events.

And Allah is predominant over His affair, but most of the people do not know. (Yusuf, 12:21)

The speaker then explained that there are two sides to this verse.

Allah’s Will always prevails, even though most people do not understand how Allah helps people.

He then suggested a number of key points to remember and practice, starting with tawakkul, or reliance on Allah.

Don’t fear the future. Have trust and faith with confidence and reliance on Allah.

Prophet Muhammad (peace be upon him) in the cave with Abu Bakr believed in the promise of Allah. He had no doubt about it, as he told his companion:

So don’t grieve when you go through hardships, and trust in the promise of Allah.

For indeed, with hardship [will be] ease.

Brother Taji then concluded by highlighting the importance of sabr (patience) and for Muslims to keep doing what Allah (SWT) orders them to do.

“Keep doing it and don’t give up.”

Have sabr and do your best effort by practicing that sabr. Be with other people and be an active Muslim in the field of dawah and all other fields that benefit your community.

Finally, have a very strong connection with the Quran and Sunnah. This will motivate you and energize you, and Allah will help you. 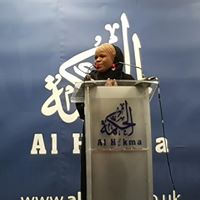 The Mother of Moses & Allah’s 7 Promises

The following speaker, Ustadha Ieasha Prime from the USA, presented another inspirational example from the Quran.

She reminded the audience that Allah (SWT) made no less than seven promises to the mother of Musa.

These promises are mentioned in Surat Taha:

When We inspired to your mother what We inspired: [Saying], ‘Cast him into the chest and cast it into the river, and the river will throw it onto the bank; there will take him an enemy to Me and an enemy to him.’ And I bestowed upon you love from Me that you would be brought up under My eye.

[And We favored you] when your sister went and said, ‘Shall I direct you to someone who will be responsible for him?’ So We restored you to your mother that she might be content and not grieve…  (Taha, 20:38-39).

That was a tremendous trial, one which any mother would not be able to go through.

Just imagine a mother throwing her newly born child in the water, knowing that he would end up in the hands of Pharaoh, his enemy who wants to kill him.

But she believed in the Promise of Allah.

And she did what Allah (SWT) commanded her to do.

But when she threw him in the water, she was devastated.

Her heart became empty, as described in the Quran:

And the heart of Moses’ mother became empty [of all else]. She was about to disclose [the matter concerning] him had We not bound fast her heart that she would be of the believers. (Al-Qasas, 28:10)

And Allah (SWT) fulfilled His promise, as He always does.

Develop an Attitude of Gratitude

Before these two excellent speakers, brother Yusha Evans from the USA had recalled the story of Prophet Ayub and the importance of developing an attitude of gratitude.

Even hardships are blessings in disguise.

So be grateful for the blessings you have, even if Allah takes everything away from you, as was the case of Prophet Ayub.

And be grateful for the guidance you have. This is the most important blessing you have.

Always use your blessings to please Allah (SWT) with what you have and He will increase you and bless you In-Shaa-Allah.

How then can a Muslim not have a smile on his face all the time?

If you have gratitude, you will be able to handle the stress in your life with a smile on your face.

At the conclusion of his talk, brother Yusha reminded the audience that what we Muslims are chasing is Al-Akhirah not dunya.

So be grateful for what you have and always believe in the Promise of Allah.