An interesting question to ask is why conversions to Islam continue to grow even as the US is becoming increasingly intolerant of Muslims.
aaa

This is the final part of a four article series discussing conversion to Islam as a process of discovery. Here we are going to discuss those people who began their journey in times of trouble and tribulation and in some cases because of the vilification of Islam.

After 9/11, the event that has been burned into our collective consciousness as the beginning of the so called war on terror, the number of conversions to Islam rose exponentially. In the decade following that event the number of Muslims in the USA grew by 67%.[1]

Many people began their journey of discovery by wondering what sort of religion would inspire people to commit the atrocity that was the bombing of the twin towers. In order to satisfy their curiosity many found themselves buying a copy of the Quran and discovering that far from encouraging people to be violent, the Quran said that peace was the message of Islam.

In 2011, John Blake, writing a blog for news network, CNN correctly noted that, “The 9/11 attacks prompted more Americans to learn about Islam. Books on the subject became best-sellers. Colleges started offering more courses on Islam. Every cable news show suddenly had their stable of Muslim experts.”[3]

Others who had traveled to Muslim countries found it hard to reconcile the anti-Muslim rhetoric with the generous and compassionate people they had met on their travels. Thus they set out on a journey of discovery that led to many thousands of them to the religion that was being vilified.

A tiny percentage of people hijacked Islam for their own nefarious purposes but those who set out to find the truth often arrived at a destination very different to the one they had expected.

The years have passed but the denunciation of Islam has grown more and more insidious, culminating in President Trump’s vaguely worded executive order seemingly doing little more than targeting Muslims.

However, this event that has led to confusion and anger has done a little bit more than President Trump expected. Thousands of Americans of all colors and creeds have joined forces and protests at airports across The USA. And although it is too soon to see any evidence it is easy to predict that many of the protesters have started their own journeys of discovery.

An interesting question to ask is why conversions to Islam continue to grow even as the US is becoming increasingly intolerant of Muslims. The answer, according to Asma Afsaruddin, professor of Near Eastern Languages and Cultures at Indiana University, is that despite Islamophobia, thoughtful Americans are going out of their way to discover the teachings of the Islam from reliable sources.

The media driven hostility pushes some people into a journey of discovery. In 2006 Caleb Carter from Colombia Missouri converted to Islam.[4]

He said that the road to becoming a Muslim took years and that 9/11 was a turning point — specifically his high school teacher’s hostile reaction to Islam on that fateful day. Carter said that “he wasn’t buying his teacher’s opinions”, and that he was “not educated enough to judge it either way.” Studying Islam and other world religions became his mission. 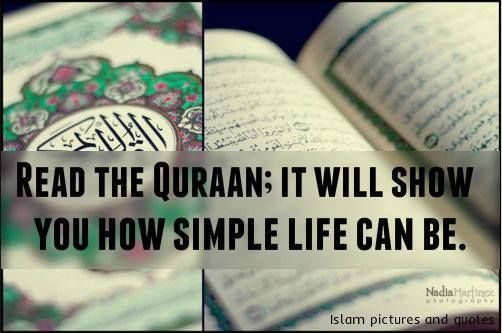 When Lauren Booth, the sister in law of ex British Prime Minister Tony Blair converted to Islam she referred to “the most peculiar journey of my life”.[5]

Times of chaos and change, as the second decade of the 21st century certainly is, often have unexpected consequences. When a famous person converts to Islam it often raises more than eyebrows, it forces people to ask questions about religion and about the nature and origin of humanity. People wonder why someone like Lauren Booth would choose a religion that was constantly being reported as violent and chaotic. And journeys begin when people begin to ask questions.

This is as true now as it was in 1913 when Lord Headly, an Irish peer, converted to Islam. He characterized Islam as the religion of peace, brotherhood and universal values. He lived in turbulent times, as full of carnage and chaos as the 21st century world.

Lord Headly converted in the disordered times that saw the First World War, and the suffragette movement. The people were questioning the right of the Western Empires to rule over vast numbers of people.

Just over 100 years later many people are asking the same sorts of questions about women’s rights and the right of some countries and some people to rule over others against their will. We are even fighting some of the same wars.

Some journeys of discovery begin with noting the similarity between the British-Afghan Wars (1838-42, 1878-80, 1919-21) and the conflict in Afghanistan since 2001. This troubled world has changed very little.

In 1917, four years after Lord Headly chose the religion of peace a successful novelist and scholar named Marmaduke Pickthall also converted to Islam. His father was an Anglican clergyman, thus we can surmise that like other children of religious, academic parents Marmaduke began his journey puzzled by some of the big questions that plague us all.

Marmaduke, who later added Muhammad to his name, worked and traveled throughout India and the Middle East. It was there that he saw the inherent beauty of Islam and commented that, “Each man must see with his own eyes and not another’s”. Muhammad Marmaduke Pickthall went on to publish an English translation of the Quran, which remains a standard work to this day.

Journeys of discovery begin when people find themselves in situations beyond their control. It could be grief, loss, or debt, or something less personal like violence in a far off place. Naturally, as human beings are prone to do we begin to question the nature of life. Why some people were born in luxury and ease and others into chaos and despair. Often we wonder why someone who appears to have everything can be sad and angry and those who have nothing can be joyous and carefree.

How did they Discover Islam?