The mosque we picked was for males only, however through the perseverance of my friends, we were able to meet the Imam, and arrange for me to take some Arabic classes.
aaa

How did I come to Islam?

I was 15 and enjoying the teenage life of your typical English girl. All I can say is that the path that I was heading towards was anything (in my own limited foresight) but the blessed path of Allah.

One thing I have learned for certain, no matter who you are or where you are from, if Allah wants you, then He will have you.

As a young adult, I would often debate with people on the falsehood of religion and the afterlife. Looking back I realize now how blind I was. I was convinced that this was the only life and that my actions would not face any form of recompense. I believed myself free, now I see I was imprisoned by the dunya!

A friend and I often joked about what it would be like to visit the places of worship. Both of us had previously been to church. However, neither of us had been to a masjid or a synagogue. Between ourselves we made a pact to investigate these strange places of worship.

My school was massively diverse, so it was surprising that before this time I had never truly made an effort to talk to the Asian girls in my class.

However the following day to the discussions with my friend, I decided to approach a group of the Asian girls in my Health and Social Care class to see if they were Muslims. They told me that I was correct in my assertion. ‘Here’s my chance’ I thought, so I asked them if they would be able to take myself and my friend to a mosque. They happily obliged to my request.

The next Health and Social Care lesson I was in for a surprise, one of the girls had brought me a selection of books about the basic beliefs of Islam, the last sermon of Prophet Muhammad (peace be upon him) and the life of Prophet Ibrahim (peace be upon him). Grudgingly, I accepted these books, thinking to myself, “What on earth are these? And why has she given them to me?”

The visit to the mosque, inexplicably got postponed, however, one day, I picked up the books, chose the one about Prophet Ibrahim and began to read. I was drawn in almost instantly and before I knew it I had finished the book.

The next one I chose was the last sermon of the Prophet Muhammad. I was amazed about how Islam projects equality and threw down racism and how the words of the Prophet could touch my heart so deeply.

After I had learned a bit more about Islam, I reminded my new ‘friends’ in my class about going to the mosque. That weekend we went, my friend who originally wanted to come however, changed her mind.

The mosque we picked was for males only, however through the perseverance of my friends, we were able to meet the Imam, and arrange for me to take some Arabic classes.

Over the following months, I attended my classes and, improved by knowledge of Islam, slowly I was falling in love. Through my contacts at the mosque, I managed to get acquainted with other Islamic circles, in particular the Islamic societies at the two local universities. 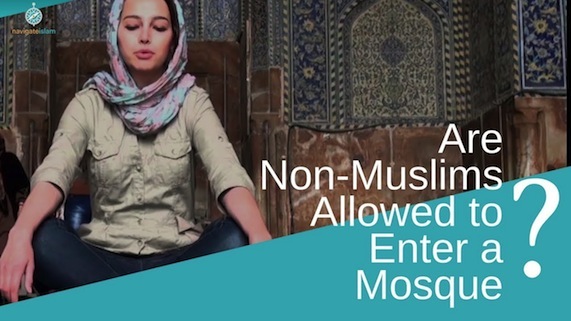 The universities often do many Islamic talks, and annually partake in an “Islam Awareness Week”. I am not sure if I arrived during their dawah session, but they certainly taught me a lot.

As I previously mentioned, I was 15, and very confused with the whole situation. I was in love with this religion, but also terrified of it. I did not know that it was possible to revert, nor did I know that there were others in my area who had also become a Muslim.

At one of the university lectures, I was introduced to a sister who told me that Sheffield (my home town) was the ‘revert capital’ and that there was a local organization which assisted new Muslims and those looking into Islam. I was so excited because now I wasn’t alone!

The sister gave me the number of the organization and coincidentally it was on the same day as one of their sister socials. They invited me to come up and join them on their event.

Upon hearing this exciting news, I decided to head straight there, along with the Muslim girls from my school. When we got there, we were welcomed warmly. They taught me interesting words Masha Allah and also demonstrated how Muslims pray.

My search for Islam was going so fast and I still wasn’t sure what I was supposed to do. One night, I had a strange dream, at the time this dream did not have much significance to me, however, later it would show me a glimpse of the power of Allah.

I dreamed that I was sitting at a table with the Muslims from my school. In the background, there was singing in a beautiful voice.

I didn’t understand this singing, until after Ramadan, when I went to a friend’s house for Eid. They had an Islamic channel on and the Adhan began.

“It’s the call to prayer” she replied.

Subhanallah, this was the ‘singing’ in my dream. Subhanallah, Allah was calling me to His beautiful religion. It was very soon after this that I told my friends that I was ready to be a Muslim!

The day I went to take my shahadah (testimony of faith), I decided to tell my mum my plans. With hindsight I see that it was perhaps unceremonious, however, I wanted to just drop the metaphoric bombshell as easily (for myself) as possible.

Therefore, when I was about to leave my home, I merely said to my mum:

“Hey mum, I’m becoming a Muslim today. Would you like to come?”

My mum just looked at me as if I was joking. Obviously she declined my invitation, and I proceeded to the mosque alone.

I was not alone however for long, because, as soon as I got to the mosque, many of my new friends were there waiting for me. My shahadah was due to take place after a talk by the mosque’s Imam.

When I saw the amount of people there, I was well and truly horrified! What made it worse was that the Imam wanted me to say my shahadah over the microphone! I was absolutely terrified, but Allah helped me through it.

After I took my shahadah, the ummah enveloped me. There were what seemed millions of people rushing forward to hug, kiss and congratulate me. Some sisters had prepared some food for me and my friends to have whilst celebrating my testimony. Also the sisters from the organization in Sheffield bought me some presents to congratulate me.

After my conversion, I did not really face any opposition from my family, Alhumdulillah. This is mainly because I was so young that by the time they realized that my reversion wasn’t a phase it was too late for them to say anything.

The only minor difficulty I faced is that my mother was embarrassed to walk with me for a while whilst I was wearing my hijab.

Allah is Merciful and He understands our weaknesses, as long as we try to strive in the cause of Allah, then surely no matter how long it takes us to get there, we will never fail.

On one final note, the friend I mentioned in the beginning of my story who initially wanted to come to the mosque with me but then cancelled also reverted Subhan Allah!