I’ve been a Republican for as long as I can remember. I was a “Bush guy” way back in ‘88. I was 3 years old. For my birthday that year, my parents got me a rabbit, who I named George Bush. When I turned 4, my parents got me another rabbit, and I named her “Barbara Bush.”

I’ve also been practicing Islam for the past eight years. Some may see being Muslim and Republican as a paradox, but it’s my identity.

When I learned that Chris Gaubatz, an author from Virginia who many claim to be an “Islamophobe” (a word I don’t like to use myself), spoke in Waynesville this past week at an event put on by the Haywood County GOP about “jihad”, my heart sank.

Who is this guy to come in and tell my neighbors what my religion teaches and what its adherents believe? He’s not even a Muslim! Why are the Haywood County Republicans financing it?

I moved to Waynesville nearly three years ago with my wife, who is also a Muslim, and while we don’t typically use it as a talking point, especially in order to gloat or boast, we’ve yet to meet or hear of another Muslim family or individual living in Haywood County, even after specifically inquiring at the Islamic Center of Asheville.

So, it was quite alarming to read that the event was large, and that the audience left thinking “we need more of this,” to quote the article, when there are seemingly no Muslims anywhere in the area!

The concept of “jihad” in Islam is ultimately what made me become a Muslim. The fact is, “jihad” does not mean “holy war” or “fighting” or “armed conflict”.

The Arabic word “Jihad” is roughly translated as “to struggle and strive in the Way of God.”

Jihad is to speak nicely to people when they speak poorly to you. It is a jihad to smile at others when you are not in the best mood. It’s a jihad to refrain from intoxicants, backbiting and vices. It is a jihad to not scream at your kids to not jump on the couch for the fifth time in an hour. And it is a jihad, an inner, personal struggling and striving to live by what God has ordained to speak the Truth in front of a tyrant. 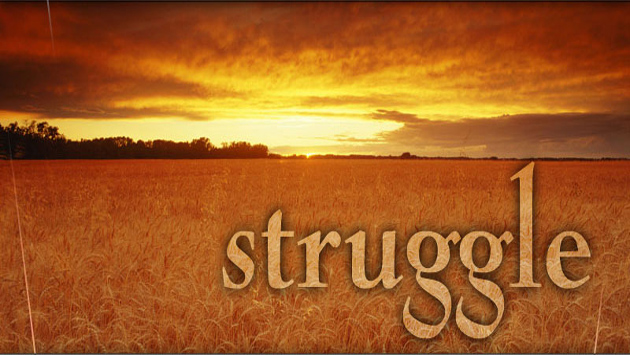 The initial event and subsequent public response prompted me to make a visit to the Haywood County Republican Headquarters and offer myself in friendly debate, dialogue and disclosure, to ultimately “speak the Truth in front of a tyrant,” and “in shaa Allah,” (God Willing) it will take place. It seems Haywood County would happily and readily invite a discussion on “Islam and Democracy: Compatible or Incompatible?” Keep your eyes open, Waynesville!

While Gaubatz was careful to not paint all Muslims with the same brush, it turned out to be the biggest faux-pas in his presentation. While not every Muslim will agree with every other Muslim about politics, we all agree in our Theology.

All Muslims believe the Quran to be the Word of God, so, why was our Holy Book, which is an absolute consensus with all Muslims, not cited, but some writings by people living in different places, times, constraints and circumstances were? You’re building up your own straw man and toppling him over.

I hope and pray that the Republicans of Haywood County would not take a Muslim from here, there, over there and under here to make up their own version of a Muslim and not listen to the Muslim that votes like them, lives in the same town and shops at the same stores.

America has always been great! One of the qualities that makes America the best Country on Earth is our freedom of Religion. Don’t let someone from out of town come in and tell you that your neighbor with the beard but no mustache down the street who votes the same as you actually wants a different America than you because they pray to the God of Abraham differently.

That’s America! If we care this much about the next person’s Religion, we are not living as Americans and are forging our own demise, no different than the jihadists Gaubatz laments.

There is a lot more I would like to say in response to some of his other broad claims & remarks, especially those about Muslims being engaged in “total warfare” with non-Muslims on not only the physical level, but the spiritual level, and hopefully I will get the platform and audience to address them.

May God always guide us closer to the truth.