My name is Mariano Ricardo Calle. I am from Buenos Aires, Argentina, not from the capital but the province.

Before I embraced Islam, I was a Catholic Apostolic Roman. I was baptized, entered communion and confirmation.

Since my childhood, I was connected with religion through my mom and my grandmother (her mom). I read the Bible since seven years old. I began reading the Bible for kids in Spanish. My heroes were David, Nuh and Job.

When I was eleven, I prayed every night. Sometimes, I cried while speaking to God. In my adolescence, I fell into drugs until a crisis at twenty one years of age. I have always been searching for the truth.

At twenty four years I began to pray more, so I was praying twenty four times a day, one for Our Father, Two Ave Maria, One Credo and One Glory; under the water in the shower bowing on my knees under cold water (that was because there was no warm water). This I did for a whole year. But that didn’t help me too much, but God knows better.

I began to study the Arabic language on my own, with the help of a book from the internet. In two weeks I could speak something, so when I made a test in college the teacher elevated me to the second level. I saved four months alhamdulillah, then I got into university; but I just took two classes. However, I stayed in contact with my teacher, through e-mails.

In the book fair, my mom took two little books for free about Islam. I read them, and the subjects of science mentioned in the Quran seemed very interesting to me. And, I read about Muhammad and I felt that person was a model for me.

So, one day I left smoking and drinking. I never was a drunkard, but I left completely whatever was related to alcohol. That was my own decision, and I never thought of being a Muslim until the day I said my Shahadah. 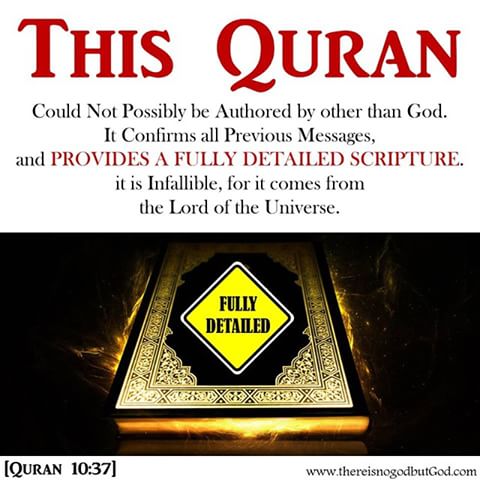 I thought of buying a Quran to read something in Arabic and that way, learn faster. My teacher told me that I could get one for free, in the mosque of Palermo (Buenos Aires).

On the same day, I went to the mosque, just to ask for a Quran and I wondered how such a great place could be so empty. I understood that Argentina is not an Islamic country but that this mosque was the greatest in Latin America.

That day in the mosque, a man who would later become my brother in Islam –  Ibrahim, gave me a link to the Quran that I could download from the internet, I later printed it. It was just an hour, and I had the Quran.

I was reading this Quran that I downloaded from the internet, and I printed some pages. The Quran I got was in Arabic and Spanish, that way I could read it in Arabic directly.

Since my childhood I have read the whole Bible twice, and the Gita from India also twice, and now I had the Quran to read, and much better, in Arabic. My first desire was to learn Arabic, but my soul awakened when I began to read the Quran. Maybe it was better because I began to read it in Arabic directly, while I was consulting a dictionary.

I could realize that what the Quran says was the parts that were missing in the Bible. And I remember well, I understood as well when I read it that all that the Quran says could perfectly be the truth I was looking for.

No one spoke to me about Islam, just the searching of the truth that God put in me, led me there. The thankfulness to God I have is very great. The more I read the Quran, the more I realized the book was a revelation from God like the Bible.

Since then, I began to go to the mosque and in two weeks I said the Shahadah, on the 14th of July. Because, I was sure that Muhammad was a messenger of God, like Jesus or Moses.

In the two weeks before I said the Shahadah, I was going to the mosque to learn, and I felt that the place was full of peace. I prayed with the Muslims there while I wasn’t a Muslim yet, but I wanted to know how it feels to prostrate in front of God, because I knew that intention was important for God.

So, in two weeks, I learned the whole salah (Prayer). I knew special people there, the people that work there.

I love the Arabic language and I ask God to help me learn it faster. I said the Shahadah with sheikh Nasir from Saudi Arabia; he was there in place of sheikh Hamid.

I continued going to the mosque and then came Ramadan, which was a beautiful experience. I got to know beautiful people and I think that 2007 was my best year. Since I said the Shahadah, I haven’t missed a salah.

What was difficult to me was to leave girls, because I had a girlfriend, but I knew that it wouldn’t have worked. So, I left her and asked God to grant me a good wife.

I remember that was the first thing I asked God for. And I got to know a woman, the same week I said the Shahadah! She never had any boyfriend, and she was beautiful too. So, I see what God can do. I always have been an obstinate believer, but now, I have no doubts.

I told my mother and father that I now was a Muslim. My mother was a little afraid, but I began to treat my parents better. My brothers didn’t say anything, just a few jokes but I am more of a joker than them, so that was nothing.

I got a job and in my first day I asked my boss for a place to pray, which was not a problem alhamdulillah. So, my life changed to the better, because I began to smile more, and try to act good with everybody.

I continued going to the mosque whenever I could, but since I took college up again, and got a better job, I hardly find time to go. But, I take some books to read like Sahih Muslim.

The reaction of my friends was funny. Alhamdulillah, I always had very good friends, all types of friends; because I always like to learn from everybody. My best friends are Catholic, and practice their religion. They go to mass every Sunday and even more since I became Muslim.

I answered all the questions that they asked. Until this day they have a lot of questions, especially my best friend and his wife, she is from Brazil, and they are Adventist. Also, my other friend who has strong faith; he and his wife are Catholic.

I ask God to help me be an instrument of his religion, to guide my parents and friends but I must not be sad for them, it’s fate.

Moreover, my youngest brother (I am the big brother) is agnostic. He thinks that I am very bad. I pray for my family. My mom cooks for me without ham. But I have to say that I oppose some things in my family, but what can I do?

I love God; this love is stronger than the love for my family. I love Prophet Muhammad, and I have to love him more than anybody on this earth to be a true believer. And I love this religion, this deen, because the best I can do is to adore God.

Actually, I got everything I could ever dream of: I got the best job that I could have, and I am studying again, and preparing my marriage with that girl that God brought in to my life.