My father was 23 when he was walking down a busy street in the Bronx, New York, and he came upon an older man moving boxes from a truck.

The man saw my dad and asked if he could please help him.

My dad, who has always had kindness in him, said ‘yes’.

After finally transferring all the boxes, the man apologized for not being able to offer my dad anything for his help, and then he said, “wait just one moment.”

He opened one of the many boxes my dad had helped him move and pulled out a beautiful book. He told my father it was the Quran and that he hoped he took the time to read it.

As a little girl in the years to come, I saw my dad pray. I remember him holding prayer groups at home and my mother rushing me to my room to play Barbie.

There was a day curiosity finally hit me and I peeked through my bedroom door into the living room, to see a group of happy men with their big beautiful books, having great conversations.

At this age, I thought it was a fairy-tale world my dad lived in, with a beautiful book to read in a handwriting I didn’t understand, but I was kept in the religion of my mother and Latin culture, Catholicism.

I was quite lucky to have witnessed in the four walls of my home, civil religious debates that my mother and father conducted and they always did it in front of me.

That’s when I first heard a new perspective of Jesus as not the Son of God but a Messenger. That made sense to me.

Weren’t we all children of God?

Why was Jesus so special?

Why did God have a favorite?

These were all the questions in my eight-year-old mind, and in that one realization, it was all solved!

I moved to Miami as a teenager.

Between the way women were encouraged to dress in the scorching heat and the Latin men, I discovered from an early age, that my body was nothing but a sexual object.

In my first two years of college I became friends with mostly guys, and I innocently always thought they were good friends, like brothers.

It wasn’t until one day we all went out to lunch and two of the guys stayed behind in line and started whispering.

I was able to hear everything that they said, which changed my life.

Meaning I was cute (not beautiful) but was worth a go sexually because my body was apparently amazing.

This one thing that was said “secretly” seven years ago crushed me to the point that I was able to build a new me with new outlooks and priorities.

I felt like a slab of meat. Was I not more than that?

Did God not give me a brain ready to take on the world and change it for the better?

I began noticing how radiant these women looked and they were COVERED. I wanted that.

I wanted to be noticed for me. I have always been confident that the “me” on the inside, is a pretty amazing person, but guys and gals choose to judge me on the body I have on the outside.

I read a quote one day when researching:

“Hijab: You only see what I want you to see. Is that not freedom?”

I wanted nothing more than that freedom. So I found interest in the religion of my father all over again.

What else did Islam have to show me? 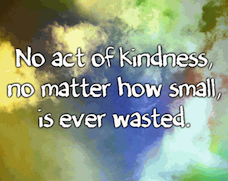 My Journey Through Kindness

I spent a year researching, reading, and inquiring about Islam. Within three months, many interactions happened that pushed me to my Shahadah.

My first encounter with a Muslim family, I was working for a Hotel as a Front Desk Agent.

One day this woman across the hall saw me and walked over to me. She cupped my face in her hand, and she said “you have the brightest smile in the room. I feel connected to you.”

While this may creep some individuals out, I have always believed, since a young age, that our souls speak more than our mouths do. I appreciated this moment as the first time a woman in hijab interacted with me.

It wasn’t until I met this Muslim family from Saint Thomas, who unfortunately weren’t traveling on the happiest of terms, that I knew I wanted to be a Muslim.

It didn’t take this family long to embrace me singing praises for my kindness, warmth, and smile. They talked with me everyday and just radiated with a positive spirit.

It was Ramadan and the family’s youngest kids had just come to visit. After my shift, I didn’t have much to do, and my heart told me I had to thank them for their kindness.

I decided to Google the closest Islamic stores to buy halal candies and treats as sundown was approaching.

I drove an hour away and searched three stores. I ended up making many purchases, buying headscarves and snacks. It felt nice to give back to a family who was so kind to me everyday.

I have always wondered would I have still been led to Allah if it weren’t for families like theirs who had so much love to give to the world.

All these encounters that warmed my heart showed me kindness.

As I moved from the USA to Europe, even meeting Muslims who share no common language with me, we find kindness as our language.

When people ask me why I converted, especially in this time when Islam is looked so poorly on, I respond simply with the word “kindness”.

Our actions have all the power in the world.