When I heard the name, Dr. Murad Hofmann, listed as being one of the speakers at a conference, I was pleasantly surprised. Would I get to meet one of the greatest Islamic dignitaries of our time?

We were both commissioned to give lectures to non-Muslim audiences in the very well organized conference, aimed at providing a better understanding of Islam to non-Muslims as well as new Muslims.

I had heard about him previously, but never thought I would ever have the opportunity to meet him, –and here he was, staying at the very same hotel as I was.

I decided to contact him by phone, and he graciously accepted my offer to meet.

As I walked toward him in the lobby, I saw a big difference between this Dr. Murad Hofmann and the one from the picture I had seen previously — perhaps a 20 year difference in age.

A kind-looking, grey-haired man greeted me, and only his face told me he was the man I was to meet, as the hair had taken a major color change.

He first wanted to tell me that he found many Muslim children in one of his lectures in this Expo. He was moved to pay special attention to them, thus turning the lecture into a question and answer forum for the kids.

His face looked gracious and kindly as he talked about the children’s enthusiasm to ask and learn. He was also pleasantly surprised to see so many Arab kids speaking and understanding English very well.

I was rather embarrassed to ask such a renowned dignitary to tell me his conversion story to Islam. So I asked if there was any material I could read about him which told his story. He said, yes, the Diary of a German Muslim, which is written in German, and Journey to Islam, in English. He went on to say that these books were also translated into many languages, including Arabic.

I was still too reserved to say that although I would be very interested to read the book, I still wanted to hear some of the story from him personally. So, I asked if there was a short version of his story. He said, “Yes, you could find it in Wikipedia, but it only tells part of the story.”

Then he started asking me about my own story. I knew that mine was a long one, and it was not the time for my story, but rather, his. But how to begin?

Without asking, he sensed what I wanted. He began by telling me that three things were the deciding factors for his conversion.

A Diplomat to Algeria

The first was when he was a diplomat to Algeria. It was in 1962, during Algeria’s eight year war of independence. France had made a treaty with the rebels that if they were to hold a cease fire for six months, then they would be handed sovereignty.

The French settlers, however, were very harsh with Algerians, and did all they could to provoke them to fight, but they resisted, as they had promised.

“I was so taken by the level of discipline these people showed that I was prompted to read the Quran to see what is giving them such a power,” he said.

“In my mind, I was converted, but not yet officially. It was this time that I left all my Christian ideology.”

Inspired by the Islamic Art

The second factor was Islamic art, he said. “Before that, I was a ballet critic and traveled nearly 50 times a year, especially to the US, to watch and critique ballet performances. As a critic, one has to have standards,” he said.

“But all that left me cold, until I saw Islamic art. The first one was in Spain’s cities of Granada, Cordoba, Seville in south Spain and Andalusia.”

“The third factor was philosophy. I was not trained as a philosopher, but at any available time, I read philosophy.”

Some of the greatest philosophers of all times were Muslims. Ibn Sina, Ibn Khaldun, Al-Ghazali and Ibn Rushd were among them. “I was outraged for not knowing them before,” he explained.

Some famous philosophers were highly influenced by Ibn Khaldun who is the founder of sociology and the first scientific historian who was critical and particular about sources. He was one man, and the founder of two sciences. Yet, he did not get acknowledged in Europe until the 20th century, even though some Europeans had discovered him in the 19th century already.

In 1980, the German Foreign Office organized a comprehensive presentation on Islam in order to teach the diplomats who were going to be stationed in Islamic countries.

“It just so happened that close to that time, was my son’s birthday,” said Hofmann. “So I told him that I would be giving him something not monetary, but of great value. I began writing all that I thought was important about my discovery of Islam. It ended up being 14 pages.”

The imam, who was the teacher at this training, was the imam of Dusseldorf. I told him about what I had written and gave it to him to read. The next day, he came to me asking me if I believed in what I had written. I said, “Yes.”

He said, “If you believe in this, then you are a Muslim.”

He later published these pages, and they were distributed in many locations.

Murad Hofmann also wrote the Philological Approach to Islam, as his first booklet. He also informed the Foreign Ministry that he was a Muslim now, so he wouldn’t be sent to Israel or the Vatican.

“I wrote my first book, The Diary of a German Muslim, which was printed in various languages and sent all over the world.”

“After I retired from the Foreign Service in 1964, I became a member of Central Council of Muslims. I toured around the world, wrote 13 books and over 250 published book reviews for the following organizations:

I performed hajj twice and Umrah five times during my various tours.”

When asked for his present activities, he said, “I am 78 years old now, and my wife is voicing some concern. So, I am cutting back on travels and some of the activities.”

Some works by Dr. Murad Hofmann:

Religion on The Rise: Islam in the Third Millennium 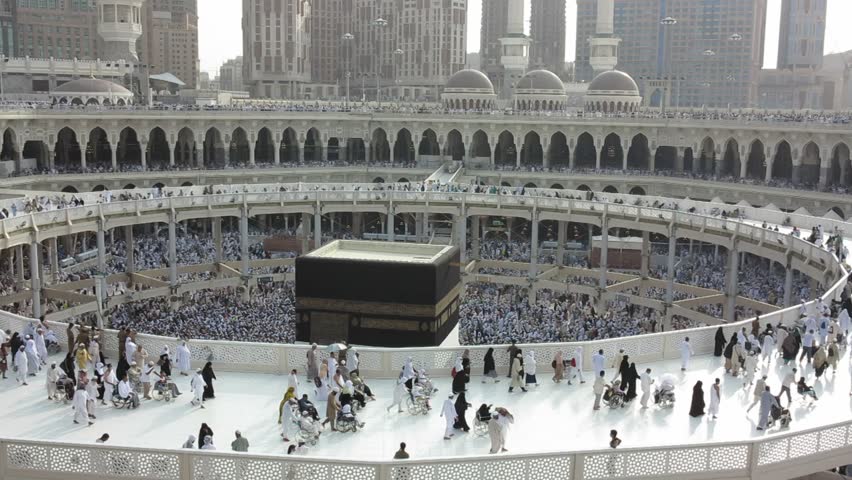 Quick Things to Know About Hajj

The Hajj is made from the eighth to the twelfth of the Islamic month of Dhul-Hijjah. The rituals are themselves simple, but…
Read More 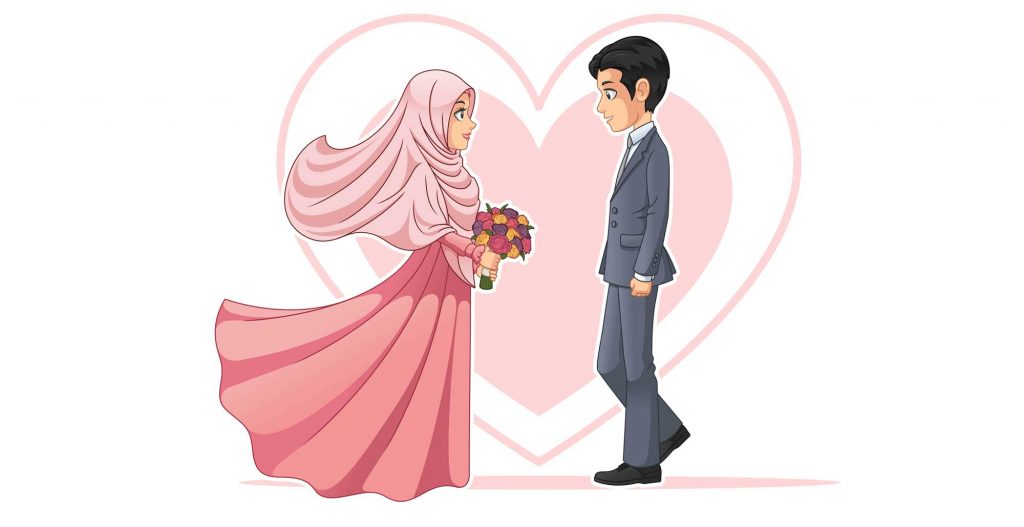 How Does a Muslim Get Married? 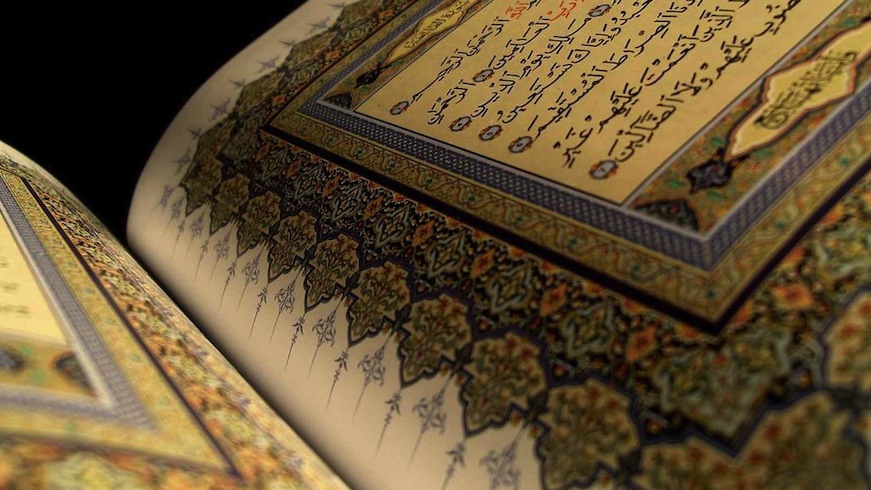 Lessons from the 7 Most Recited Verses of the Quran

Even though Al-Fatihah is repeated several times a day in prayer, how often do we stop to think about this chapter of the Quran? I have to admit…
Read More 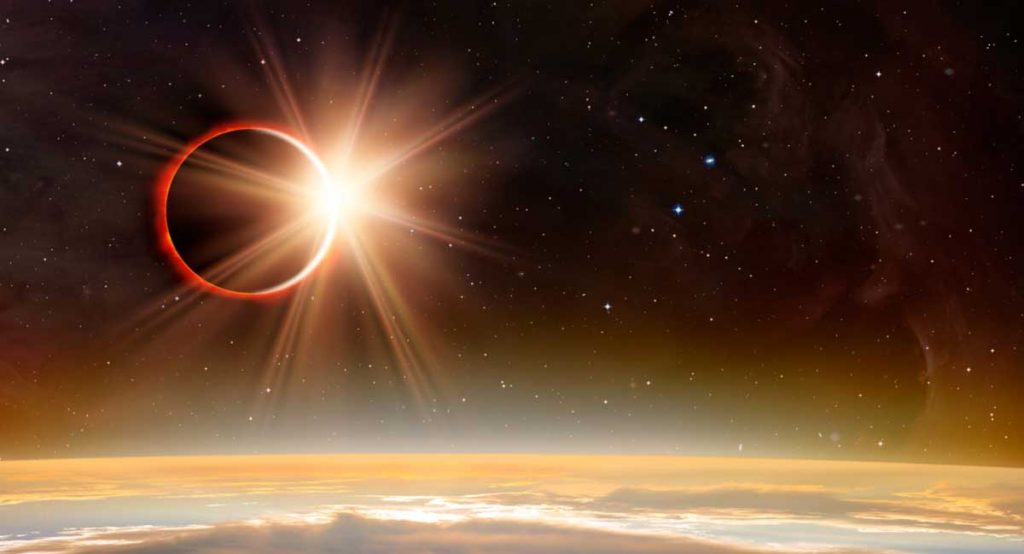 Solar Eclipse in the Time of Prophet Muhammad (PBUH)